AUTHOR OF THE PROJECT: Alex Partola
CURATOR OF THE EXHIBITION: Catherine Borissoff

Wall Elements 2 is the first large-scale research of the Russian graffiti and street art scene from Kaliningrad to Petropavlovsk-Kamchatsky, a bold attempt to bring together the works of most notable street artists, completely unlike each other, drawing both illegally as well as in legal places, to capture their approaches and methods. The project is based on the study of urban environment and street culture in each particular Russian city involved: Kaliningrad, Moscow, Saint Petersburg, Sochi, Krasnodar, Sevastopol, Saratov, Volgograd, Nizhny Novgorod, Perm, Yekaterinburg, Tyumen, Novosibirsk, Krasnoyarsk, Irkutsk, Vladivostok, Petropavlovsk-Kamchatsky.

Only the local artists with a true street background take part in the project: 70 individuals and teams total coming from 17 cities. The author of the project considers as his task to show a wide cross-section of the Russian street art scene. Some of the participants already had successful collaborations with galleries and museums. Here are emerging artists and well-known names, authors of the largest murals in the world, participants of international street art biennales, major festivals and exhibitions. Even when they gain the commercial success, they do not abandon the street, shaping the visual culture of the city with their works.

The designers of the album Wall Elements 2 are Alex Partola and Nikita K. Scriabin, co-founder of the publishing house "Os", a well-known Moscow artist. The album is based on the material captured by Alex Partola in the course of his annual photographic research and consists of 2 volumes: the documentation of the creation of the works of artists, the texts and creative manifestos of the artists contains the first volume of the almanac, the second volume contains only of photographs on which work is fixed on the street.

Alex Partola (b. 1990), a graduate of the Plekhanov Russian University of Economics and the British Higher School of Art and Design, is active as a photo artist, graphic designer, author and curator of many projects, co-founder of the Os publishing house and Vkus Bumagi (“Paper Taste”) print market. He is the author of more than 200 design works and a photo book Ghost in the Machine dedicated to graffiti art on trains. He lives and works in Moscow. His artworks are housed in the collections of museums, art galleries, foundations and private owners.

The Wall Elements project was launched in 2014. Some of the most interesting street artists in Russia were introduced in the first Wall Elements book published to coincide with the exhibition of the same name, where they applied their skills provocatively in easel painting.
MORELESS SHARE
Выставка Press
EXHIBITION 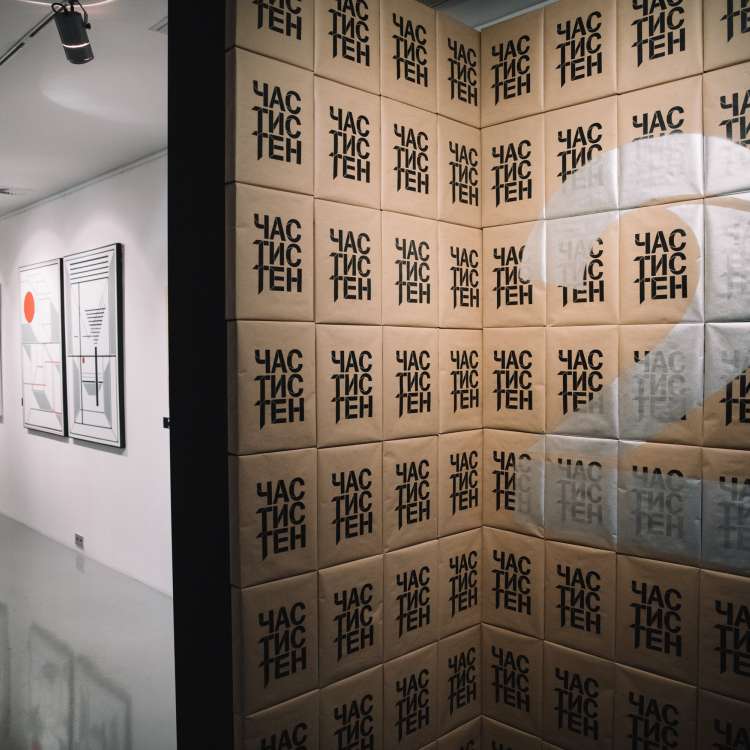 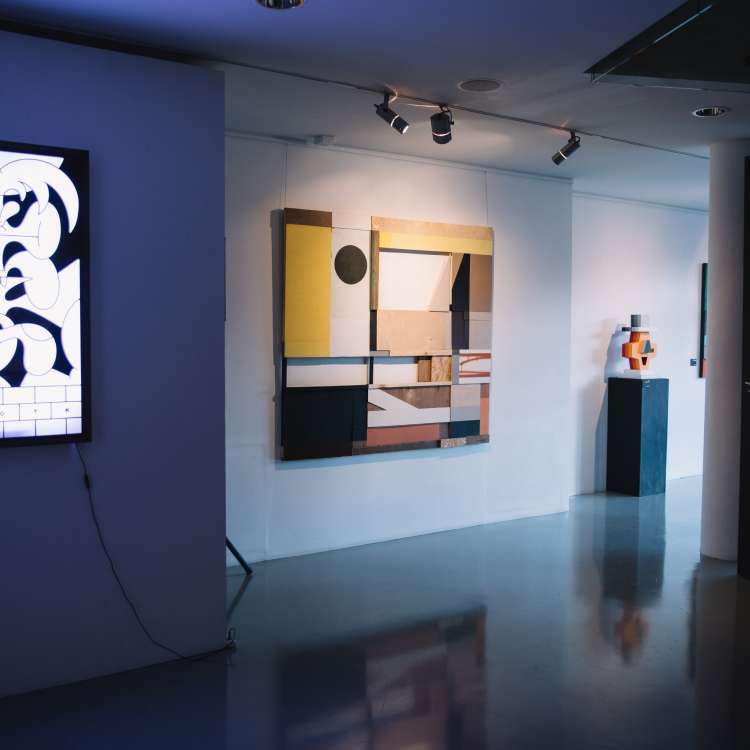 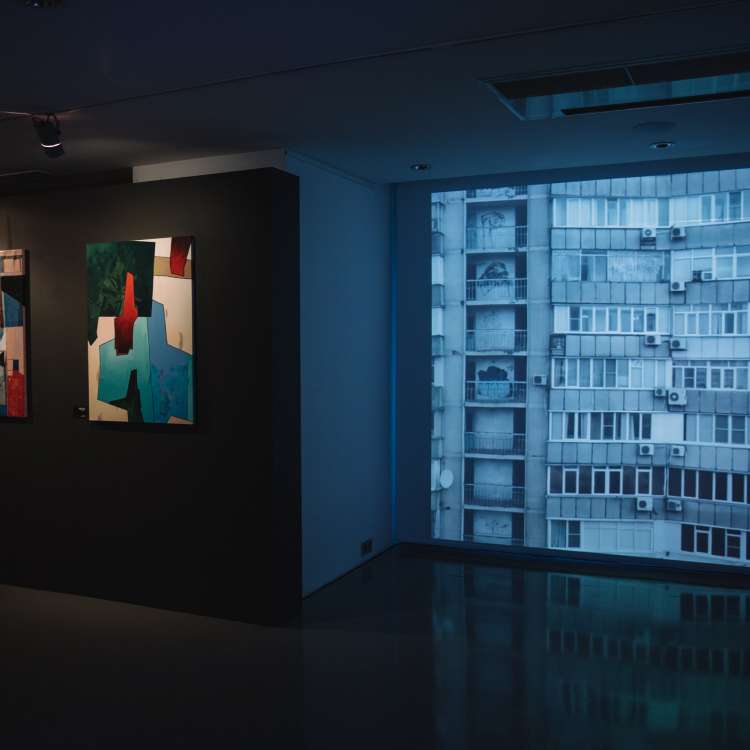 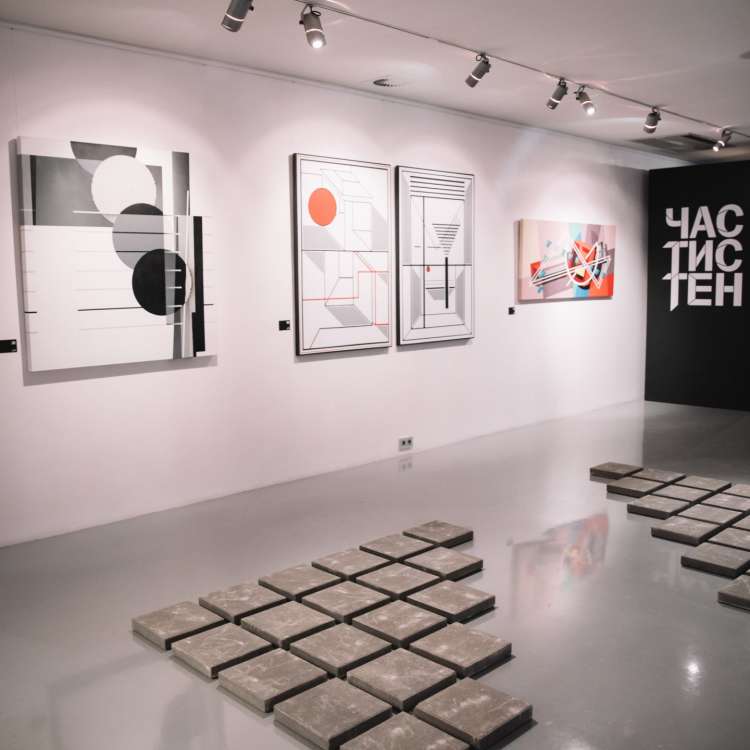 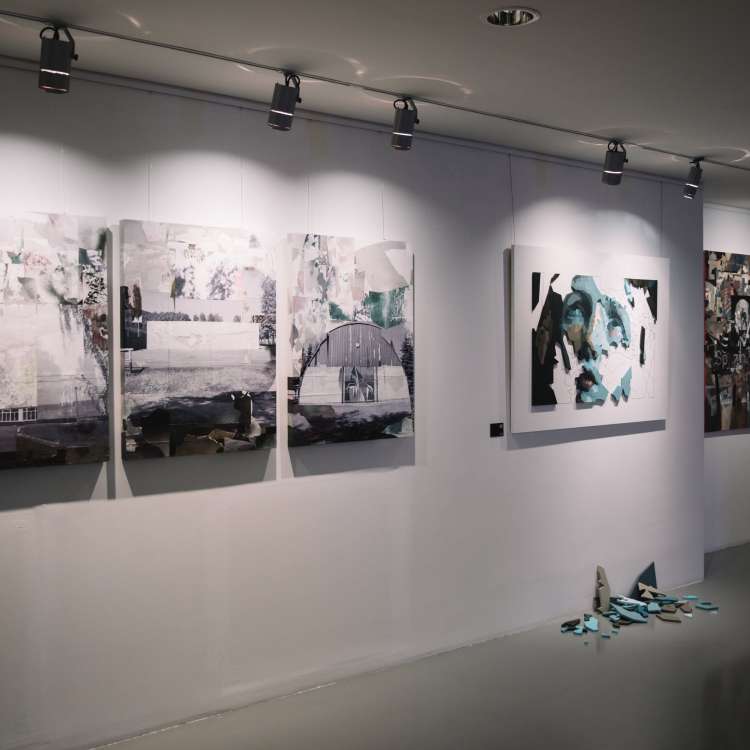 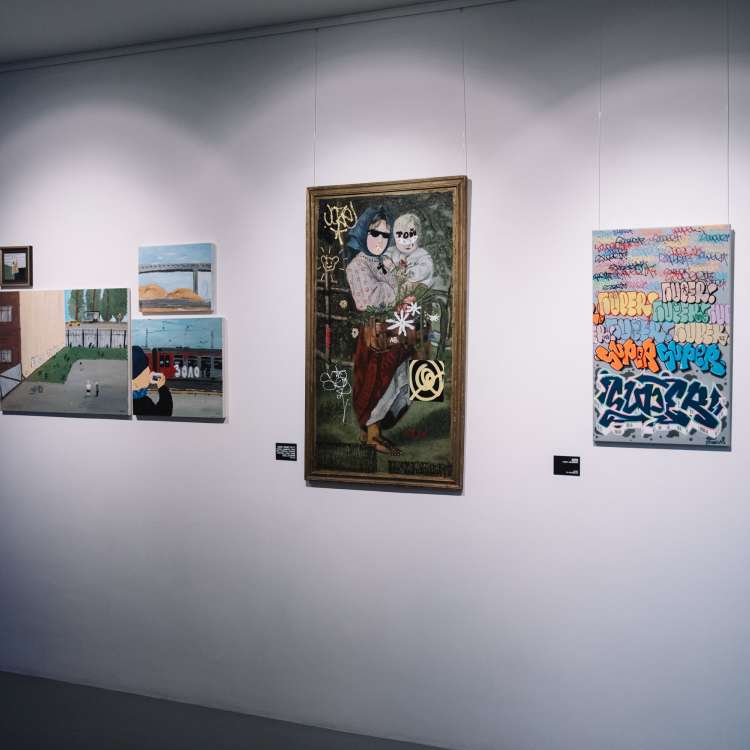 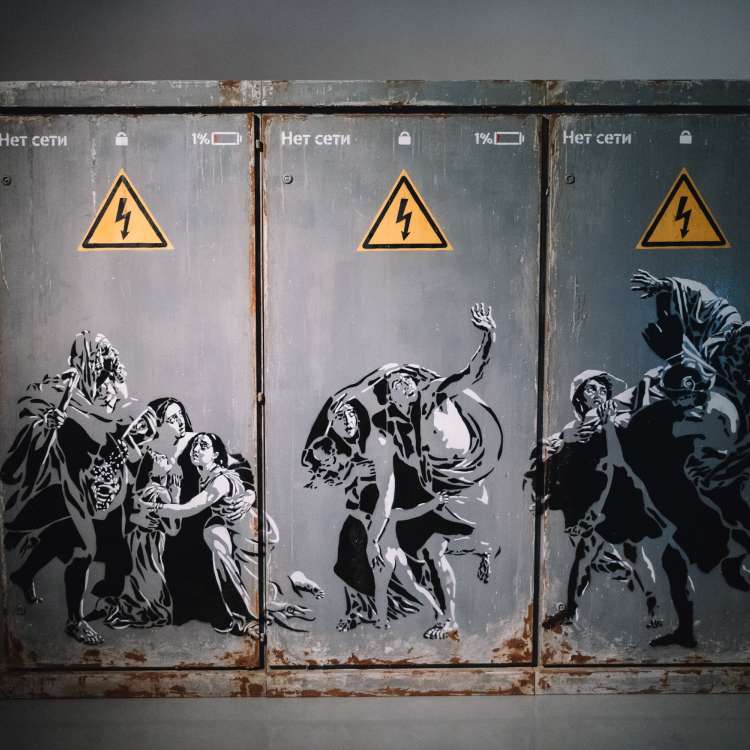 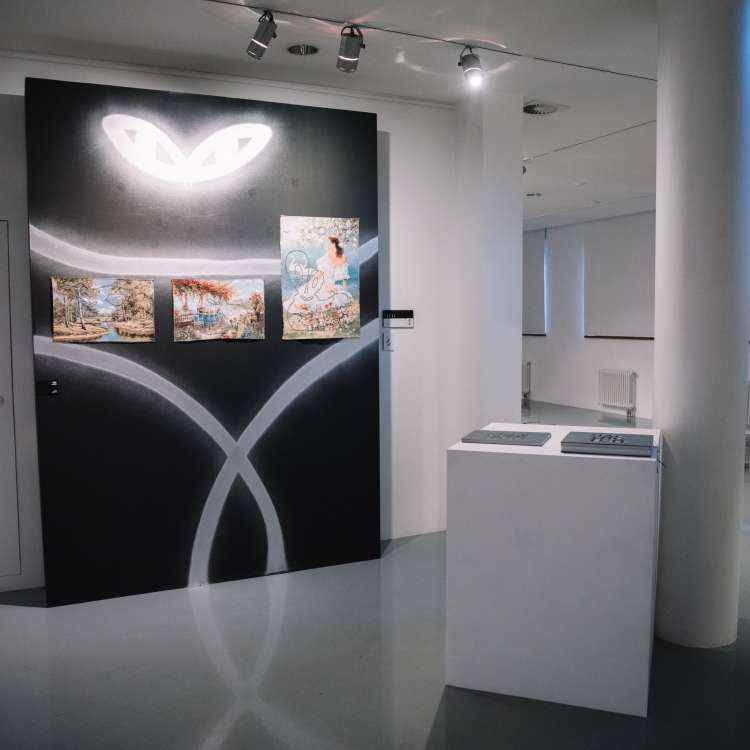 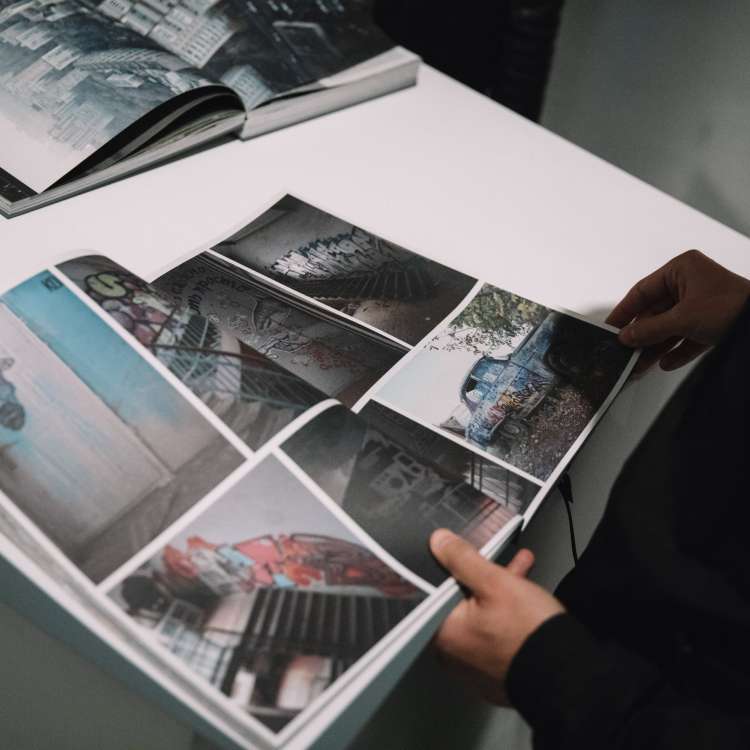 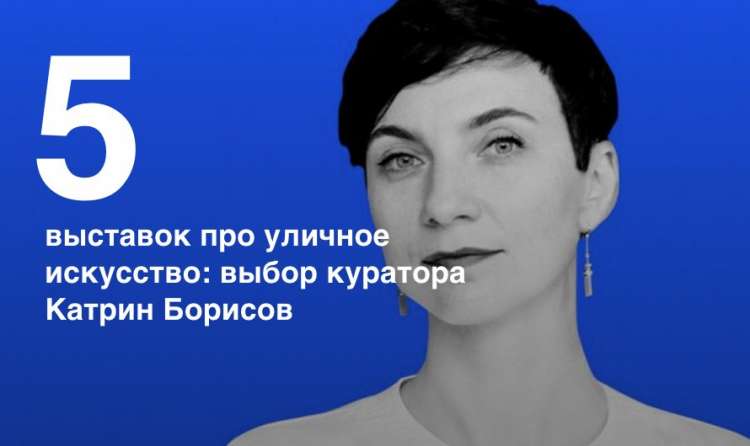 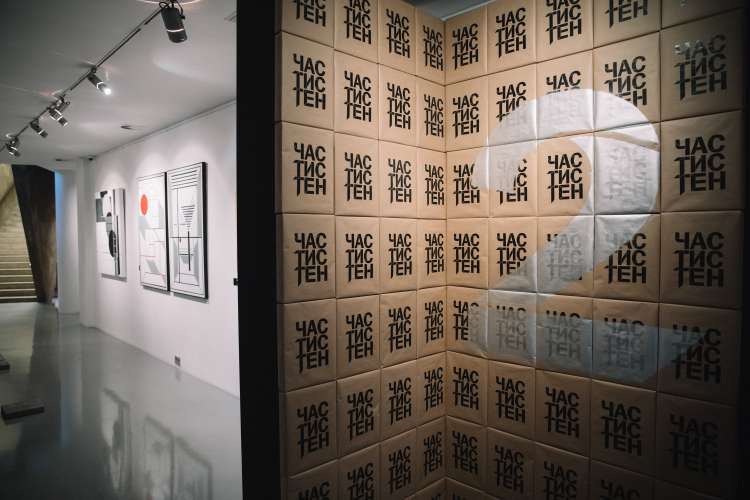