RU
Sergei Borisov. New meanings
18.09.2020 - 1.11.2020
September 18th to November 1st
From September 18th to November 1st, Ruarts Gallery will host a personal exhibition of the famous Moscow photographer Sergei Borisov. It will include Borisov’s emblematic oeuvre as well as his recent works, which in form and content resemble the early photographs of the author, but today have obtained totally new meanings. However, despite the formal resemblance, at the moment they get a completely different interpretation: compared with the late Soviet period, the social, political and cultural context in which these works exist has changed, and they are now perceived in a completely different way.

The curator of the exhibition, Catherine Borissoff explains: "Sergei Borisov is a well-known and highly respectable author in Russia. It's no wonder that since the early 90s many photographers have been trying to copy themes and famous "Borisov’s" points. Having worked with Sergei for many years, I noticed that he himself subconsciously comes back to some of his storylines. As it seems to me, this is always an attempt to rethink them, to continue the conversation once started, to see what has changed and whether it has changed at all. After the success of the "Zeitgeist" exhibition in the MMOMA, Borisov confirmed his status of a sensitive observer - an artist who captures the barely manifesting "spirit of the time" - that's why I suggested that he look at his legacy in a new way, compare his images from the 80s and 90s and quite new works, similar in composition or subject matter, in attempt to answer the question: "And finally, what has changed?"

Nudity of models no longer functions as a provocation, becoming a legitime part of the study of physicality and aesthetics of a naked body. Audacious artistic gestures today are losing their radical character, becoming a common phenomenon in the art environment. Therefore, in the portraits of Borisov, the stars of the underground and counterculture are replaced by successful contemporary artists, musicians, and representatives of social circles in Moscow. While in 1987 in his studio 50A Zhanna Aguzarova kicks a pillow in an insolent way and she herself is about to take off the ground, in 2014 the famous TV presenter Evelina Khromchenko statically poses in front of the photographer’s lens, standing on a stool as if it was a pedestal. And instead of the “world champion” Gia Abramishvili, hovering against the backdrop of the Hotel Ukraina besotted by the “wind of change” in 1988, comes the newly-made child prodigy of the art world – a young Vova Perkin, who gained the ability to levitate simultaneously with professional and commercial success.

Almost 30 pairs of photographs have been prepared for the exhibition, one of which belongs to a bygone era and speaks for the recent historical past, while the other refers to the current moment. The dialogue of the old and the new, their similarity and difference, a mixture of continuity and mutual denial - all this was reflected in the new project of Sergei Borisov.

Sergey Borisov was born in 1947 in Moscow. In the 1980s, he worked as an advertising photographer, took portraits of Soviet pop stars for posters and records of Melody Records, and later became a “chronicler” of the Soviet underground: his photographs are world-famous and published in such world periodicals as Le Monde, Photo , Vogue, Interview, Spin, Face and others. Finally, he received his own studio in Moscow (known as “Studio 50A”), which became a place for meetings, exhibitions and concerts of representatives of the unofficial culture of Moscow and Leningrad. Among the heroes of his photographs are Boris Grebenshchikov, Timur Novikov, Ilya Kabakov, Eduard Shteinberg, Zhanna Aguzarova, Sergey Kurekhin, Alla Pugacheva and others. To this day, the author is actively working and exhibiting both in Russia and abroad, at such sites as the Palais de Tokio (Paris, 2010), Haunch of Venison (London, 2010), Kunstmuseum Bern (Bern, 2011) and others. Among the recent selected retrospective exhibitions of Sergei Borisov are the following ones: “Studio 50A” (Ruarts Gallery, Moscow, 2014), “Sergei Borisov. Zeitgeist” (MMOMA, 2017; National Art Gallery, Sofia, Bulgaria, 2018). The photographer’s works are sold at the most prestigious auctions of Sotheby's, Christie's and Phillips de Pury.
MORELESS SHARE
Exhibition Press
EXHIBITION 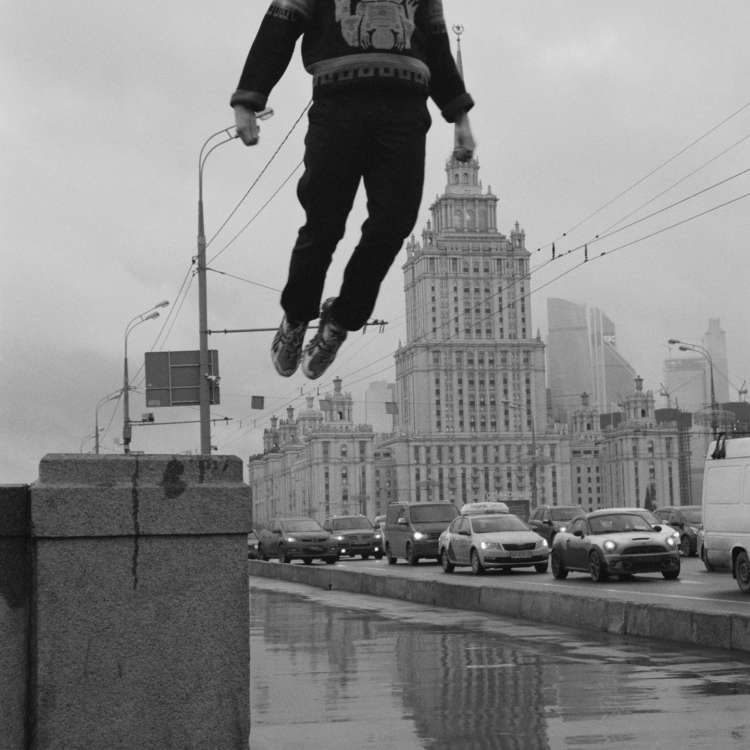 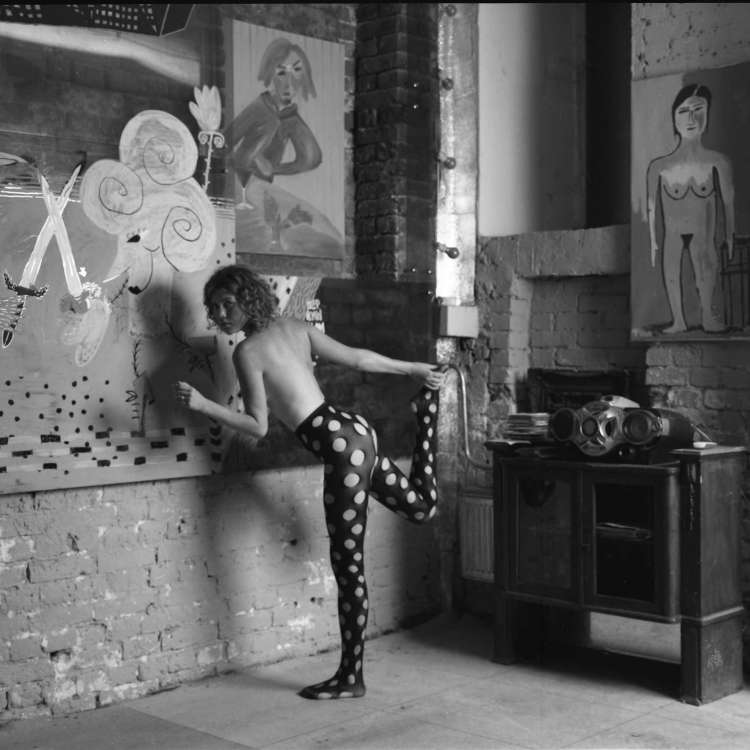 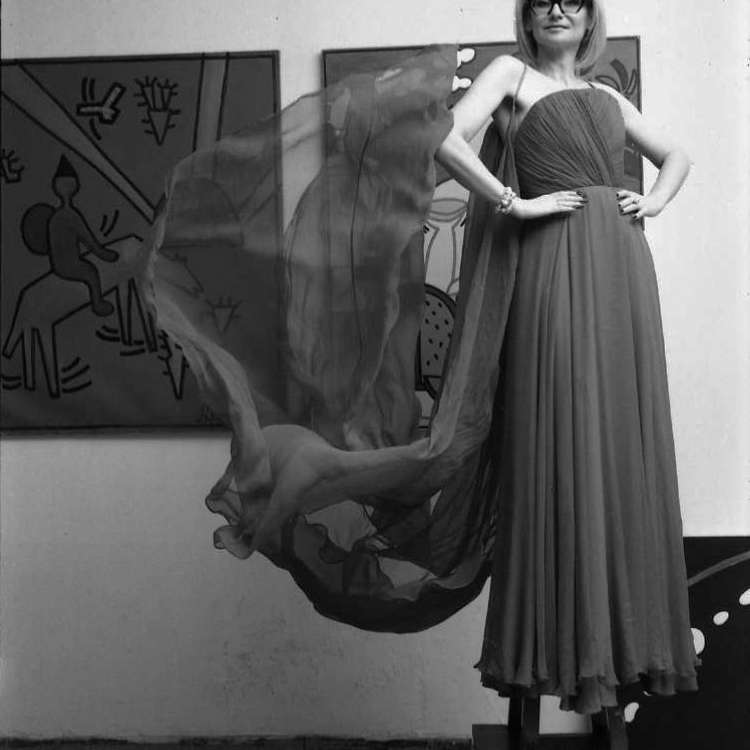 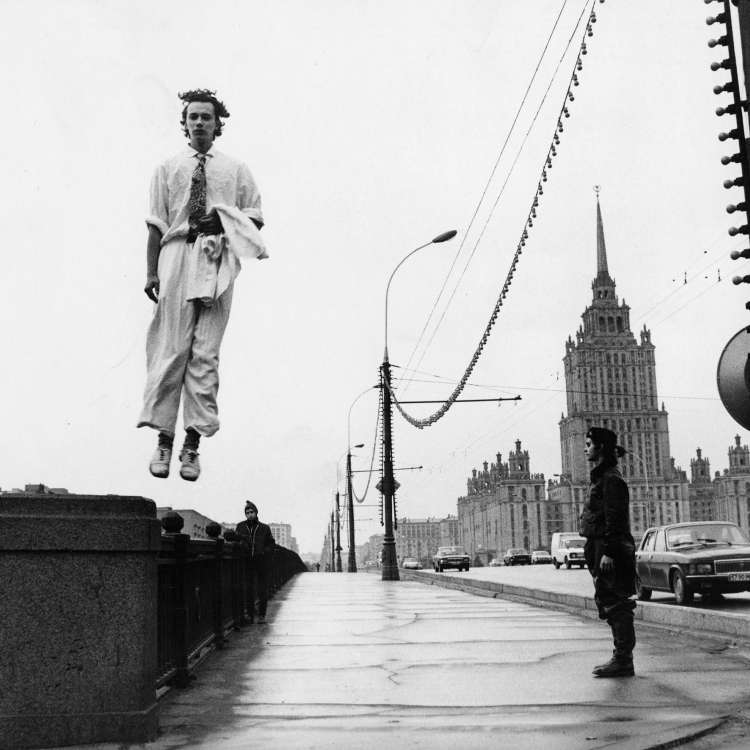 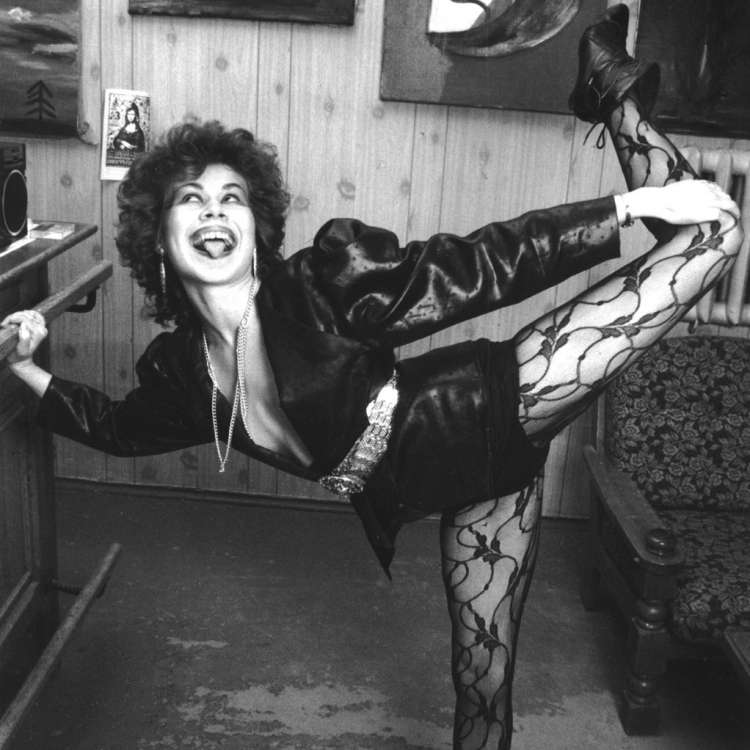 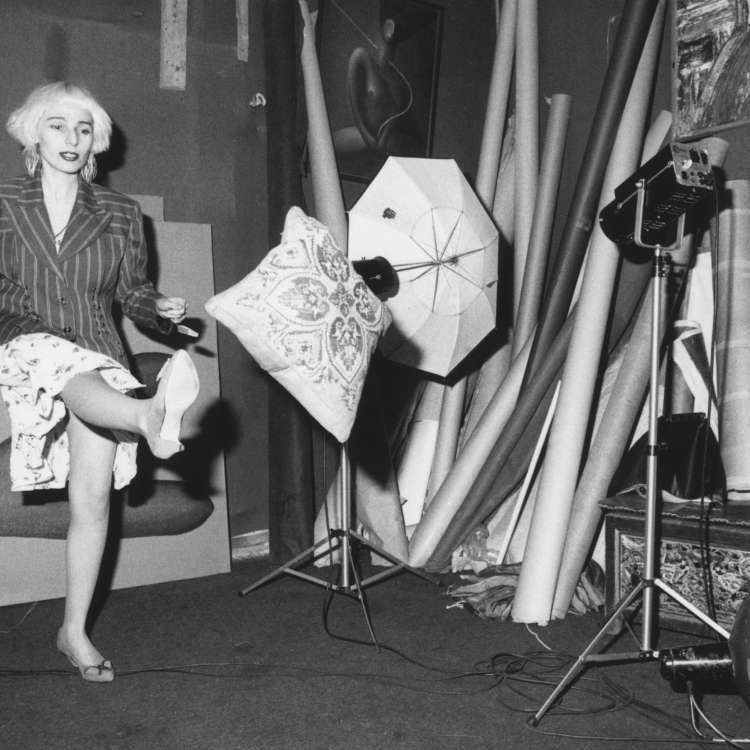 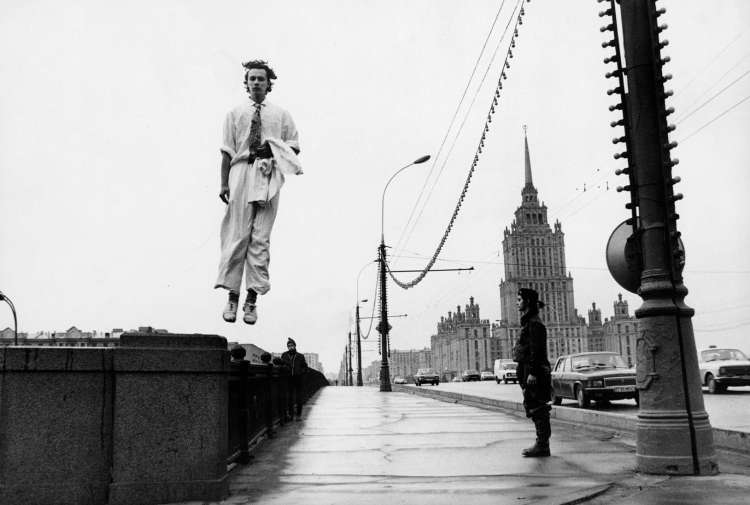 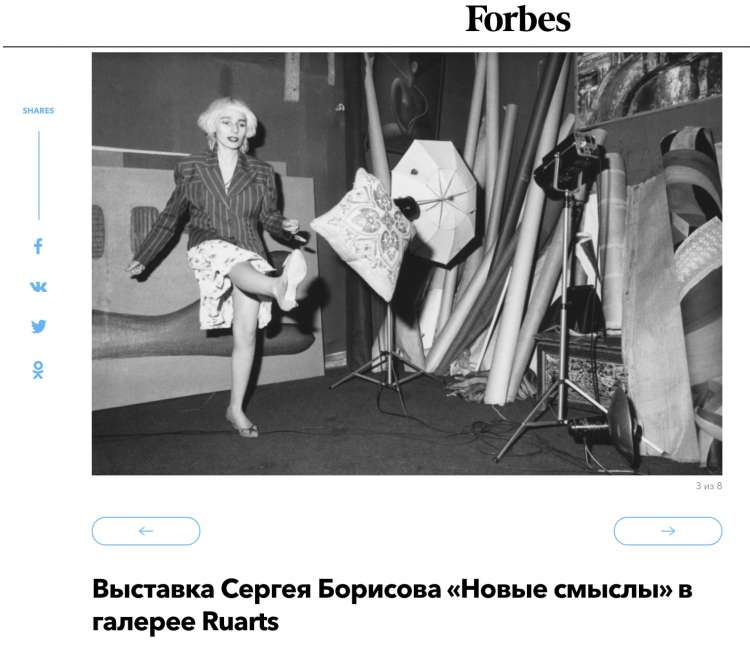 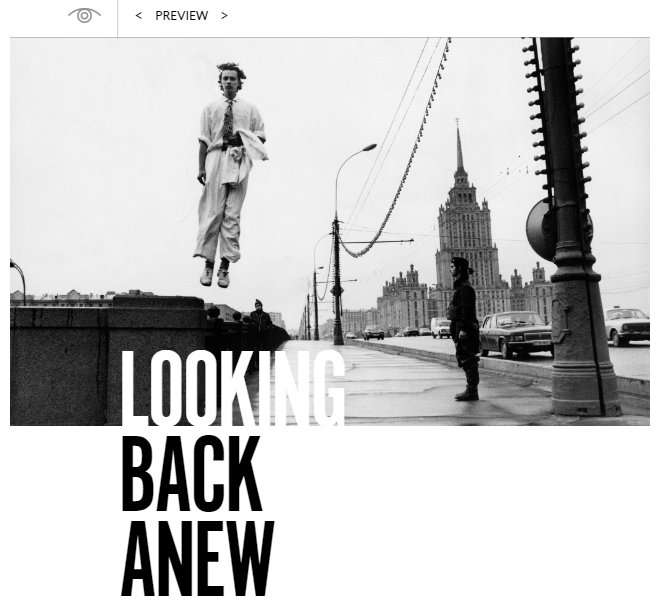 Sergei Borisov, a tireless chronicler of Russian underground culture, is revisiting his own now-classical works of the 1980s in a new photo project due to be shown at Moscow’s Ruarts gallery.
MORELESS SHARE
Powered by