Time will pass, while the images and parts of the showpieces of this exhibition will live up to the 3016th year. Since graffiti is eternity, because we know nothing more ancient than graffiti which came down to us from the deep past.

It remains an indisputable fact that the first traces of human life, survived to our days are rock paintings or graffiti. However, in today’s reality, it has developed and densely rooted opinion that graffiti is very short-lived. This view is radically contrary to what is the first graffiti. Stone as material is classical for sculpture and the first messages in stone (petroglyphs) which came down to us are classic graffiti. By combining these two concepts in our age, the age of high technology, we obtain a distinctive vision of graffiti.

0331с: «Armed with a hammer and pointing chisel* in June 2013 I went to the mountains. The first experience in the inscription on the stone surfaces inspired me a lot. Especially I liked the awareness of the point as the original symbol of the birth of everything in our live. Only points form a segment from which is created a line, which in its turn becomes a unified composition, but this all is always accompanied by the creation of a new point. I was also struck by the sparks that fly out even under water when the chisel leaves another track on the stone surface. Action, generating a spark, which in its turn can become fire (if to contribute to this a bit), strongly excited and inspired me, giving me strength and overwhelming desire to sculpt. Having returned home, I shared my findings with my friend Grisha. We began to look for stones like irrepressible, and express our ideas in granite on the streets and in parks, and wherever we found abandoned granite stones. When winter 2013 came, we took to the basement, as there was a workshop, some granite stones which we found on the streets and which we could drag from a place. Having created the first objects based on our street paintings, we were greatly inspired. Since then, Grisha and I continued our search and improved our skills in working with granite».

In Moscow search for material for object, 0331с and Grisha stroke a large amount of granite stones left in the area of construction of the metro station «Partizanskaya» and the bunker Stalin. They found the granite stones in the city array, sometimes in unexpected places, and also visited the edges of granite deposits. Moreover they visited the remains of the old paved road going through Vladimir tract, which since the XVIII century was used for escorting deportees in Siberian jails (since 1862 the road was paved with cobblestones) and the Kremlin’s Square (In 1804, the area was paved with cobblestones, which were replaced in 1930 by paving stones, which is repaired, but not changed completely).

In their work on the object first of all 0331с and Grisha tried to start with the initial shape of the stone, trying to embody image, given by a stone with minimum means. Also when elaborating the images for future sculptures, they paid great attention to the location of the stones and their history, assumed by us. Some of the images can be found in the street drawings.

Graffiti that have been created thousands of years ago and came down to our days, carry the memory and energy of their creators. The original purpose of any graffiti of artists is to leave a trace of their presence in a particular place. This «primitive» desire is relevant to this day. Stone, namely granite, is the most durable material to perpetuate messages.

Grisha: «For me personally, the specific character of the exhibition consists in irony. Irony in its turn consists in that the carving on the stones is graffiti, but in the context of the present state of things it is not. Each and all have long been accustomed to the transience of graffiti, as well as attempts to get it in gallery spaces. I see irony therein: we cannot take graffiti inside, but what could be easier than to take there a stone; we cannot expect a long life from graffiti, but stone is able to carry information through the centuries, even if it is just someone’s name. So, graffiti appears in two opposite manifestations, in two planes, which essence is the only thing, to perpetuate ourselves, our names, by fleeting impulse or eternal fading. That is a paradox».

«Granite being one of the hardest stones in the world means it is physically difficult to work. It is overwhelming to contemplate that what one carves today will be in the world till the stars go out».
Ronald Rae FRBS, Fellow of the Royal Society of British Sculptors, a carver of granite for over fifty years.


«O331c and his friend Grisha take a radically different approach. Their method of graffiti writing is slow and noisy. They often work illegally in daylight in plain sight and they can’t afford to throw away their hammers and chisels to avoid getting caught. Their works are subtle — whispers rather than shouts. It takes an observant eye to even notice. But their carvings will be around for centuries and when discovered and rediscovered by future generations the significance of these works will remain as elusive and mysterious as ancient petroglyphs». Martha Cooper is an American photojournalist, worked as a staff photographer for the New York Post during the 1970s. She is best known for documenting the New York City graffiti scene of the 1970s and 1980s.
MORELESS SHARE
Works Выставка Press Press release
Works
EXHIBITION 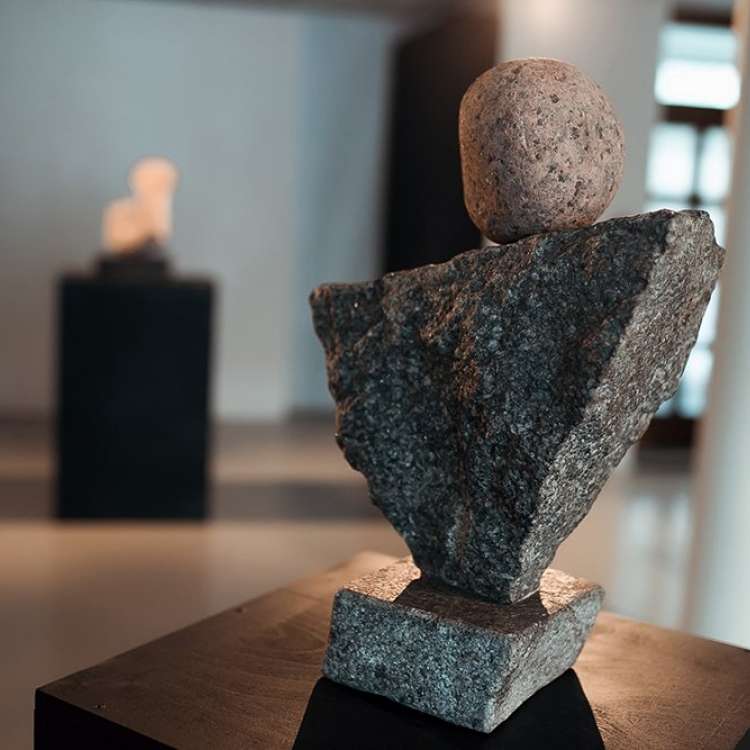 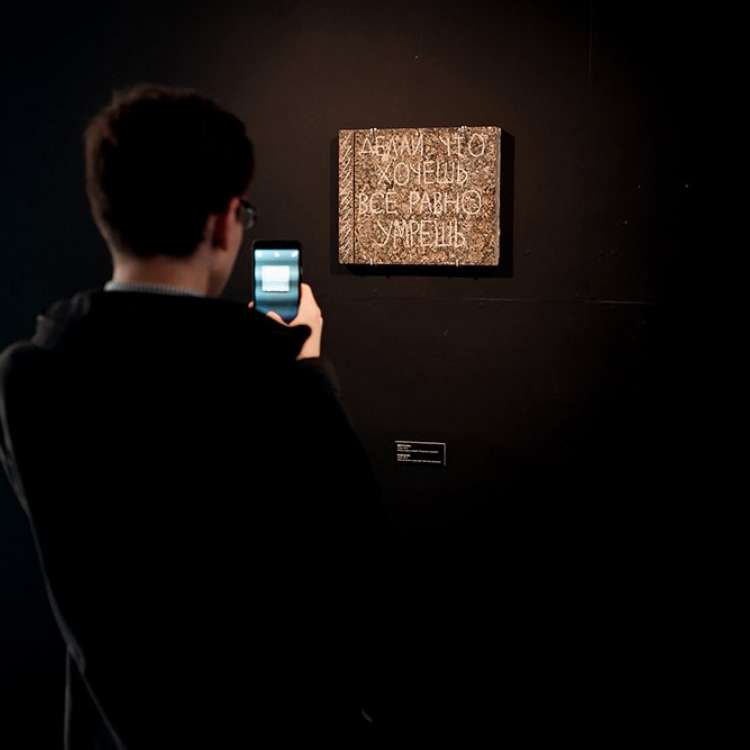 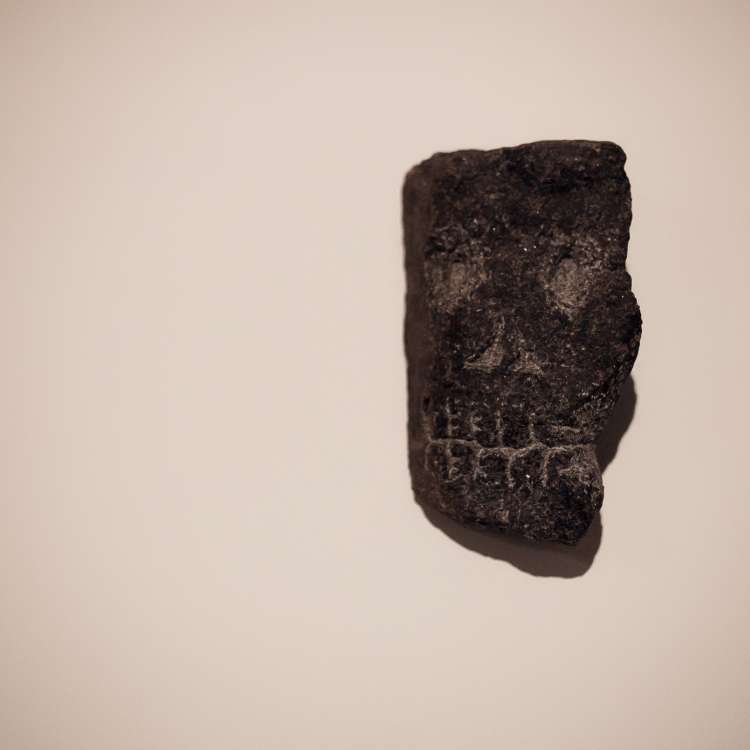 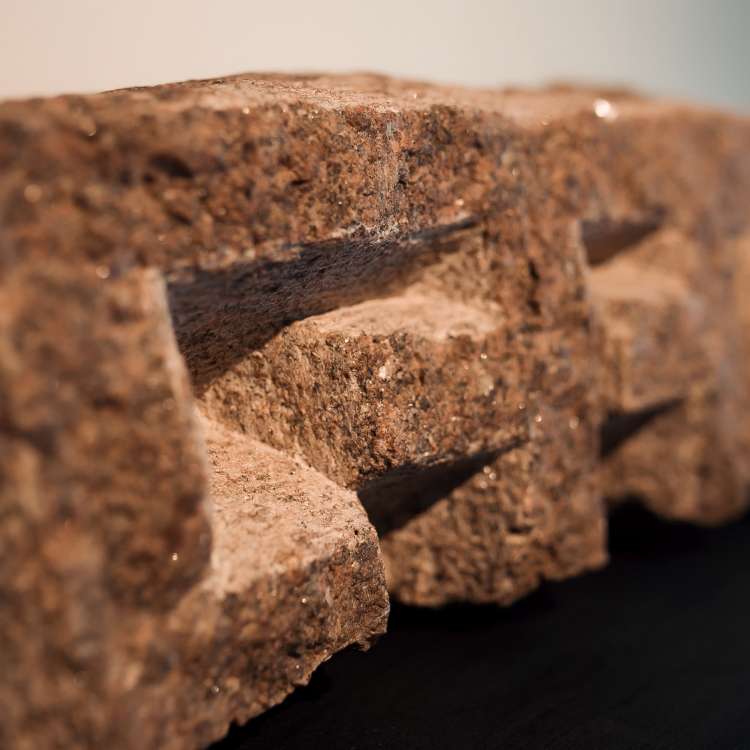 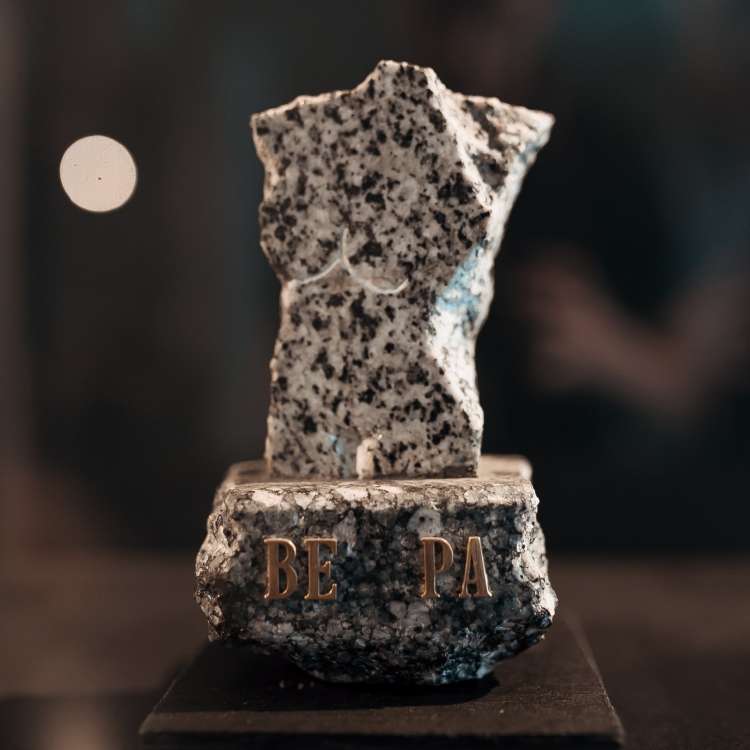 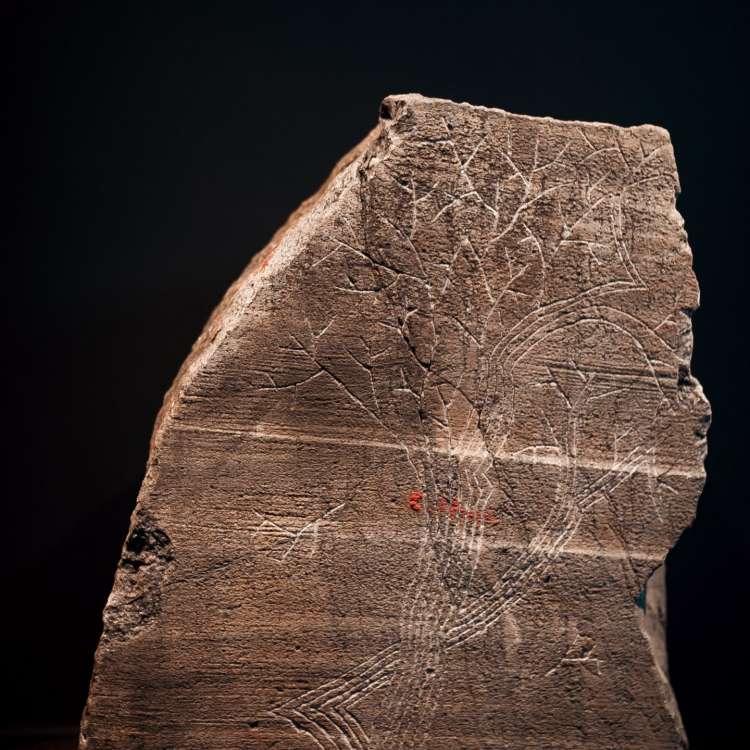 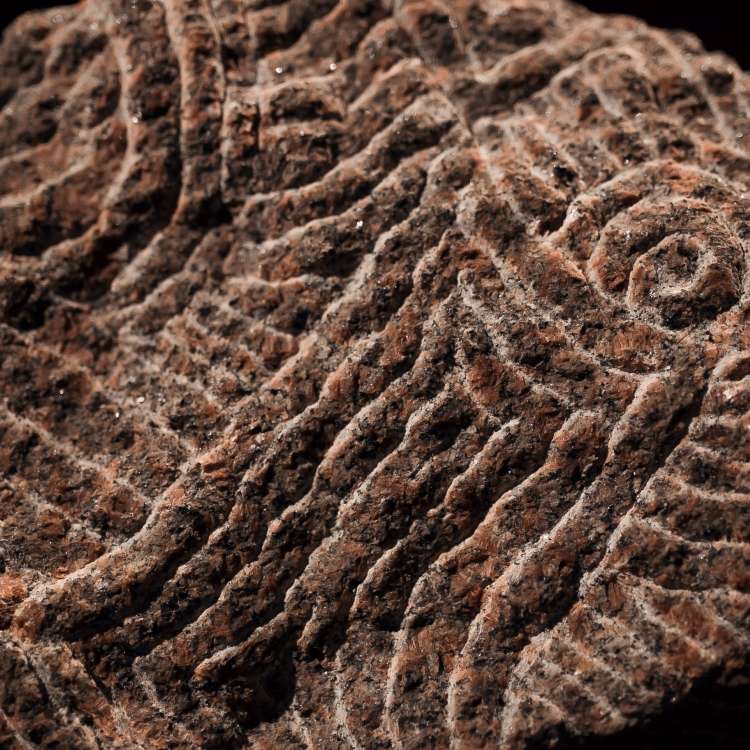 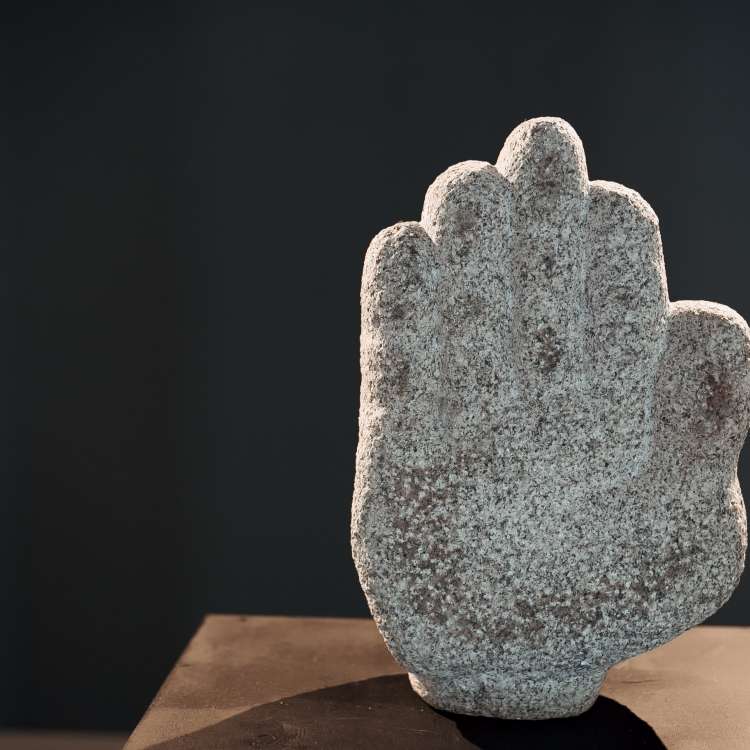 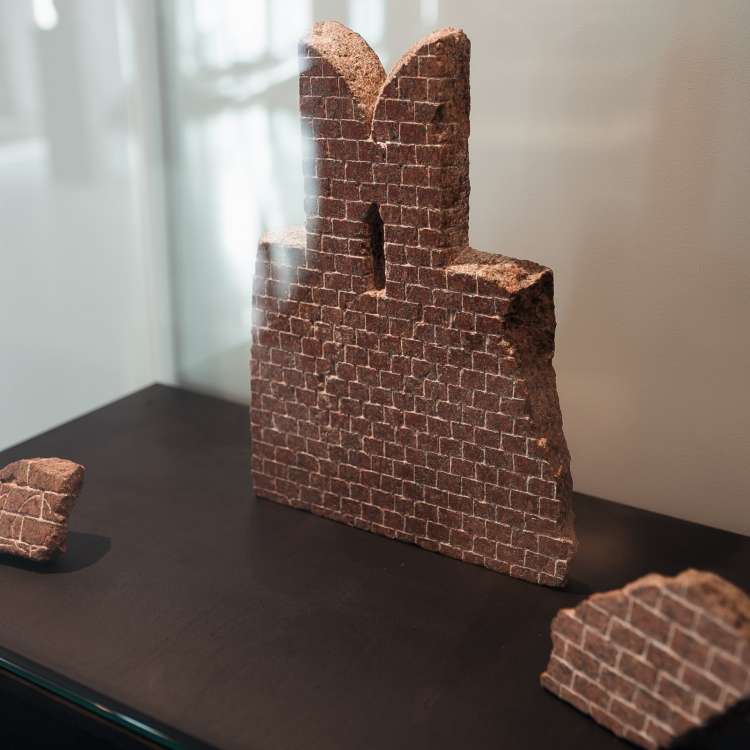 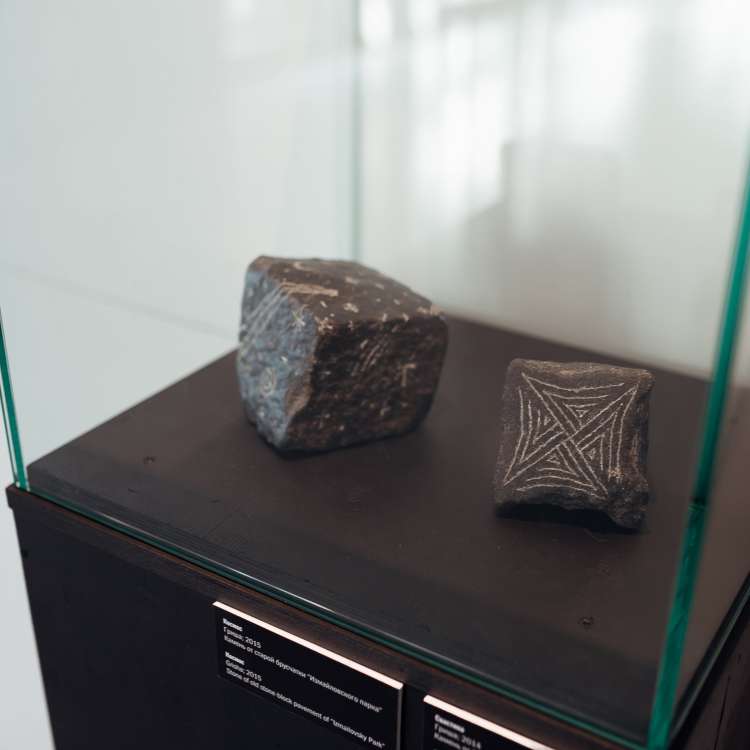 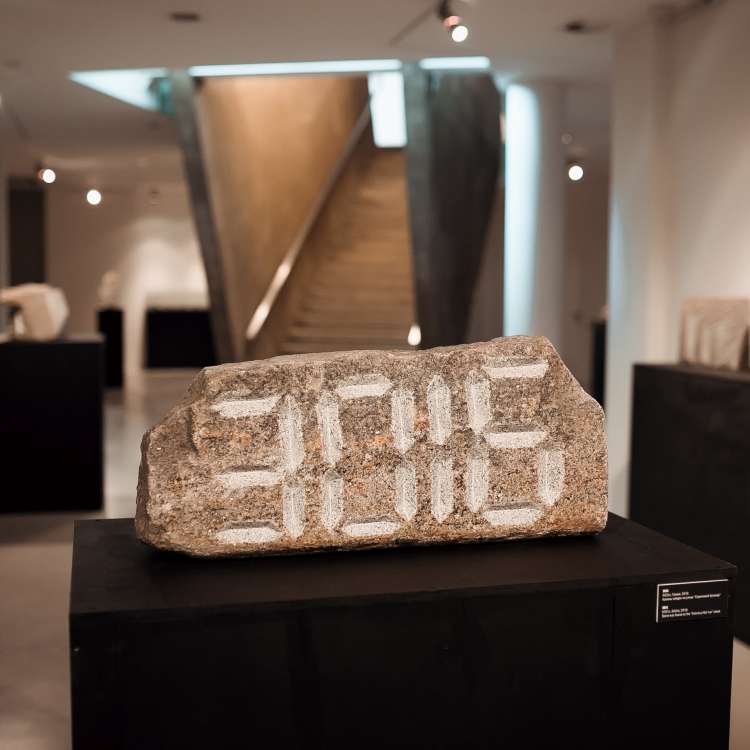 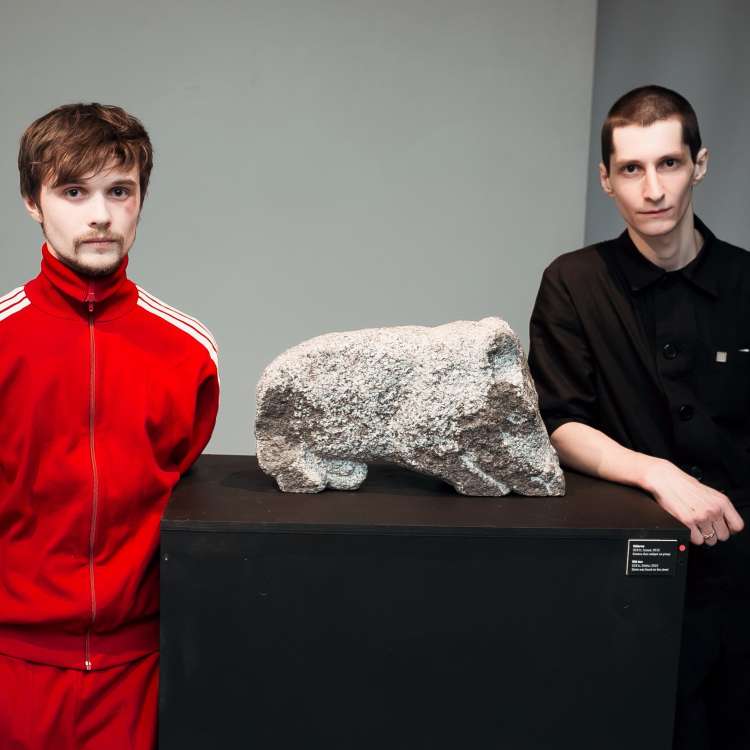 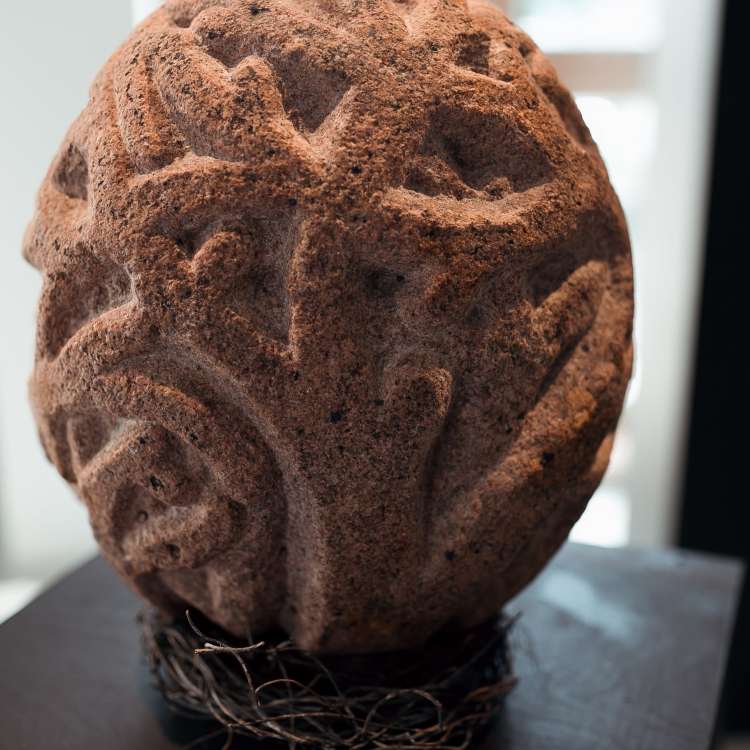 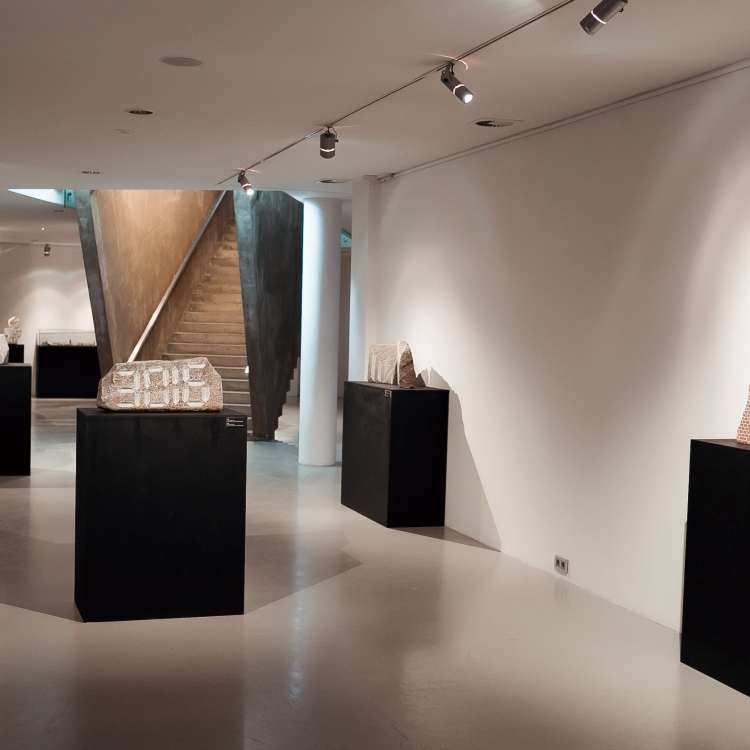 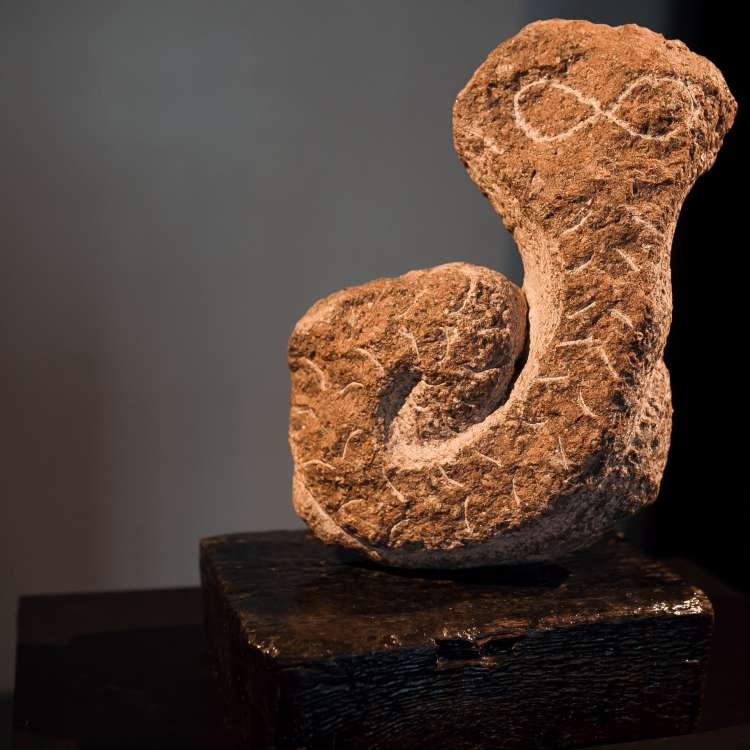 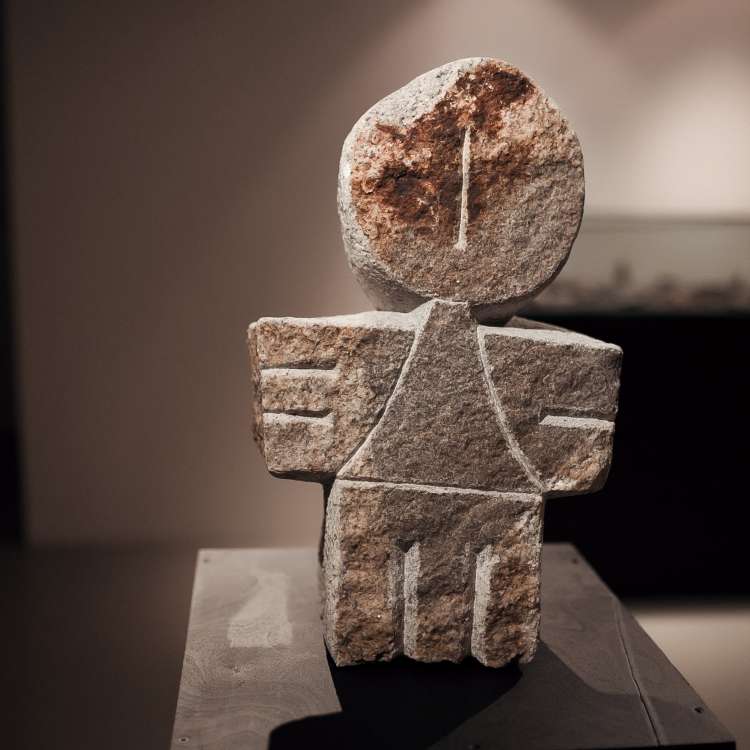 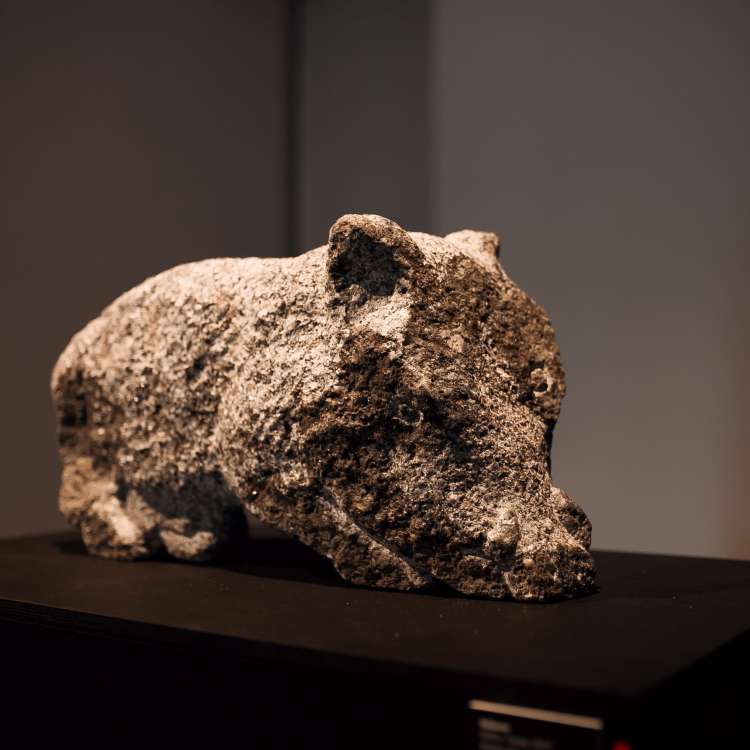 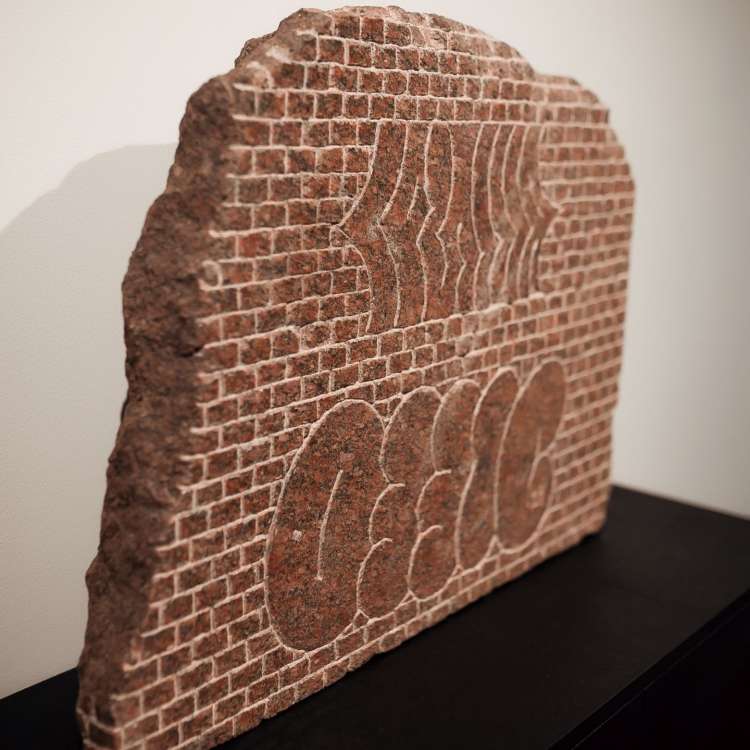 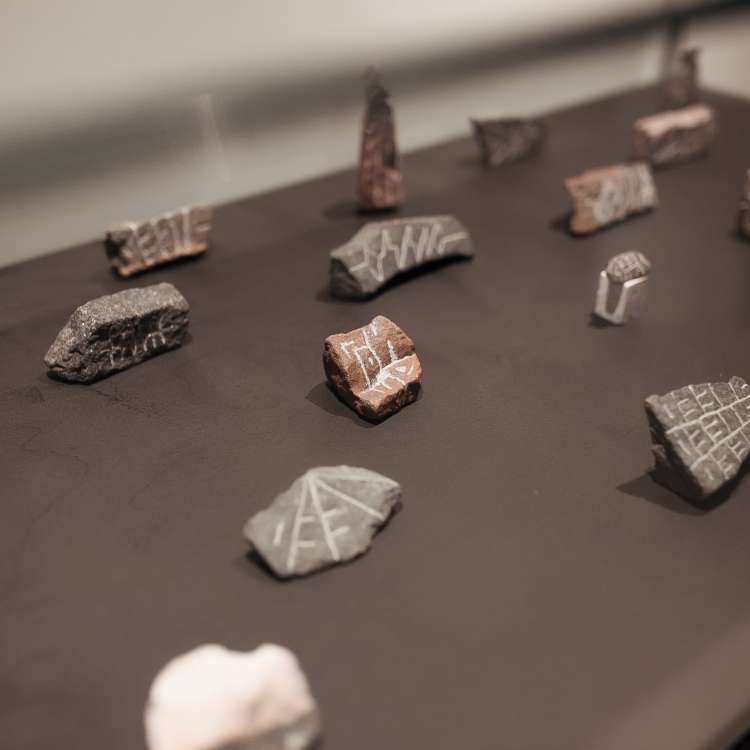 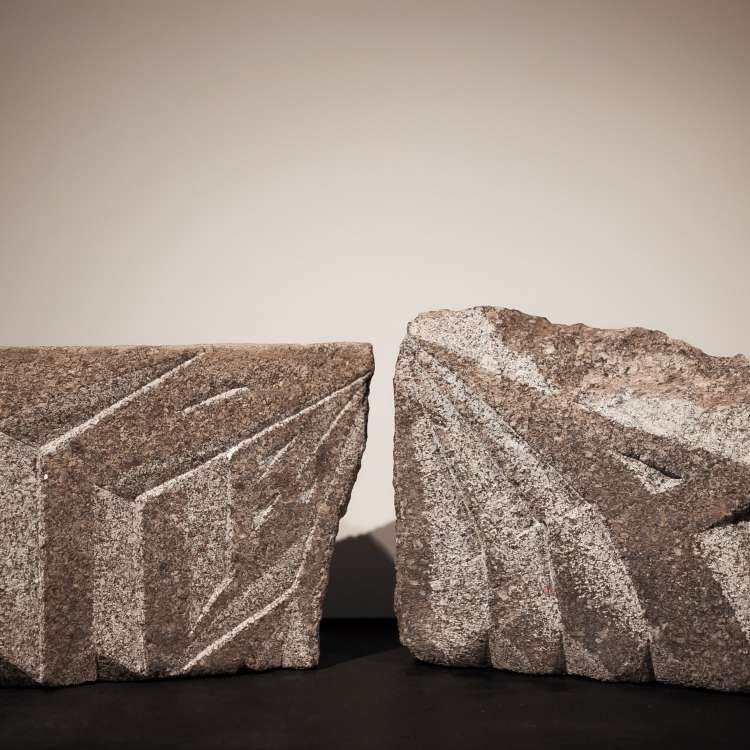 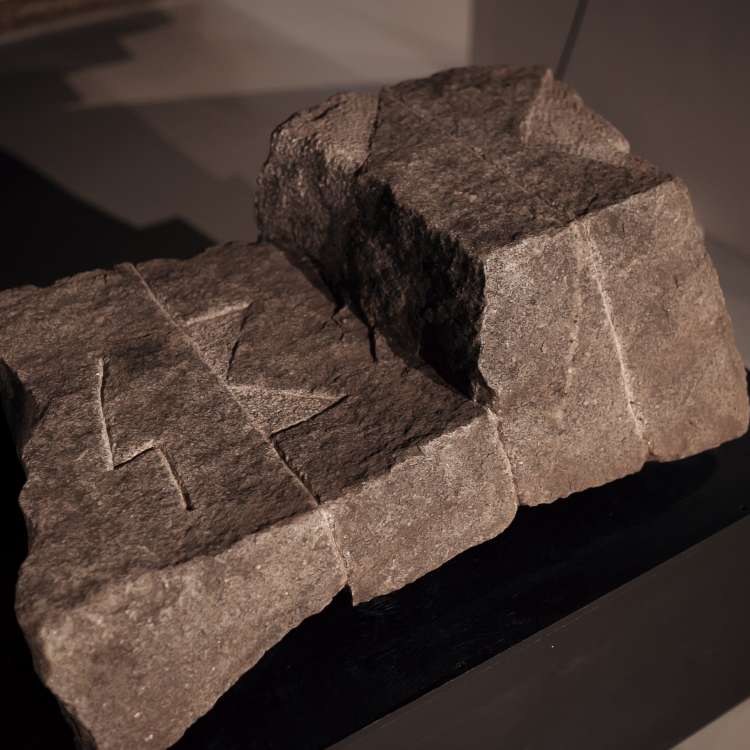 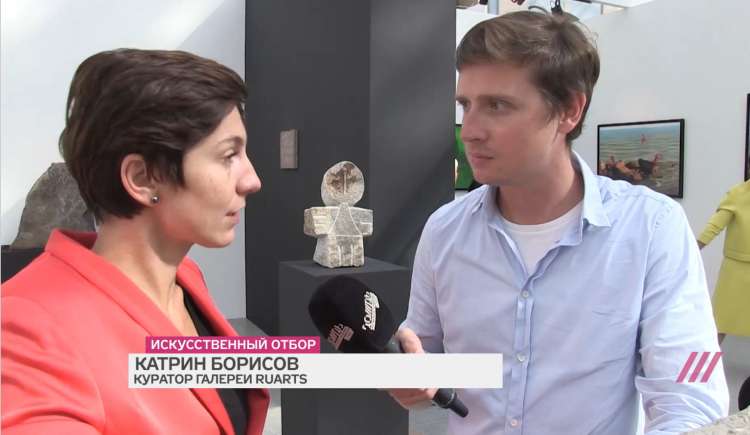 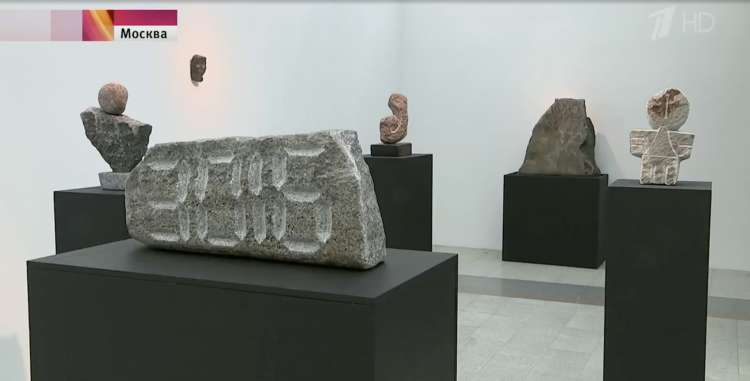