RU
At First Sight
8.04.2021 - 30.05.2021
The Ruarts Gallery presents a new project named “Debut” which aims to discover new names, bring promising young contemporary artists to light, unleash their creativity in personal projects in the gallery space.
Nicholas Efimtsev’s solo project "At First Sight" was selected during an open portfolio review held in the spring of 2020. It is the first in the new series of exhibitions. This project is curated by Catherine Borissoff.

The heroes of Nicholas Efimtsev's photograph series are males. Basically, they are amateur models of different ages. When noticed the required image of personality, the artist made the acquaintance of them in the Parisian streets or cafés. To evade the aesthetics of commercial portraits, Efimtsev often took pictures right there at the first meeting, in order to capture more expressively the type and character of the hero. The result has been the collective portrait of a city with a male face, where the idle voyeurism fades into the background, and a fine emotional impact between the photographer and model remains a high priority.
The portraits are complemented by the melancholic landscapes. Efimtsev observes transitional states of nature, in fact, it is almost always the autumn season in his photographs – the time of humility, loneliness, admiration for fleeting beauty. ‘I have never shot summer nature; it doesn’t appeal to me.’
The photographs were taken from 2017 to 2021, and every year Efimtsev increasingly goes into a black and white palette, and the plot, form, and texture come to the fore. Aesthetic carelessness has become a hallmark of Efimtsev's recognizable style. The passion for collecting old issues of Vogue magazine, or rather their scanned copies (since it was extremely difficult to get the originals), led Nicholas to his own visual language, which consists in the postmodern destruction of the image showing the "ideal" as dual and elusive. Many photographs use the effect of "dirty scan glass" with characteristic abrasions, fading, scratches, dust particles, which refer us back to the time of experiments with photographic film. According to the author, such a filter adds a timelessness to portraits and enhances their appeal. ‘Each person will have their own reaction to “my opinion”, and I love that.’
His classic works are on the edge of documentary and artistic photography summarizing the creative quest of the young artist, the main subject of which is human nature, transformations of the soul imperceptible to a cursory glance. ‘This is air and freedom, childish lightness. It is a thirst for life and always an echo of nature.’

Nicholas Efimtsev is a photographic artist, one of the few who works in the genre of male portraiture in Russia. He was born in Kaluga in 1996. At the age of 15, he became interested in shooting with a film camera. At first, he took pictures exclusively of nature, then he turned to human nature. Efimtsev's psychological portraits depict a person as they are. The photographer finds inspiration in the visual arts and literature, he is close to the images of the Renaissance, the avant-garde language of structural and geometric designs by Alexander Rodchenko, the ideas of the American writer Ray Bradbury. While traveling in America, he studied under the photographer Peter Lindbergh, in France he worked with the creative director of Louis Vuitton Nicolas Ghesquière. He shot advertising campaigns for Givenchy, Fendi, Davide Marello, Fakoshima Eyewear, Wolf Store, the Tsvetnoy department store, collaborated with Vogue Italia, Vogue Russia, Vogue America, Esquire Russia, Numéro Russia magazines. Efimtsev singles out the following photographers who influence the formation of his professional vision: Richard Avedon, Robert Mapplethorpe, Man Ray, Wilhelm Von Gloeden. The female portrait also attracts the artist's attention. He dreams of adding portraits of Marine Vacth, Julianne Moore, Marion Cotillard and Isabelle Huppert to his collection.
The exhibition will take place on April 8 – May 30, 2021 in the Ruarts gallery.
MORELESS SHARE
Выставка Press
EXHIBITION 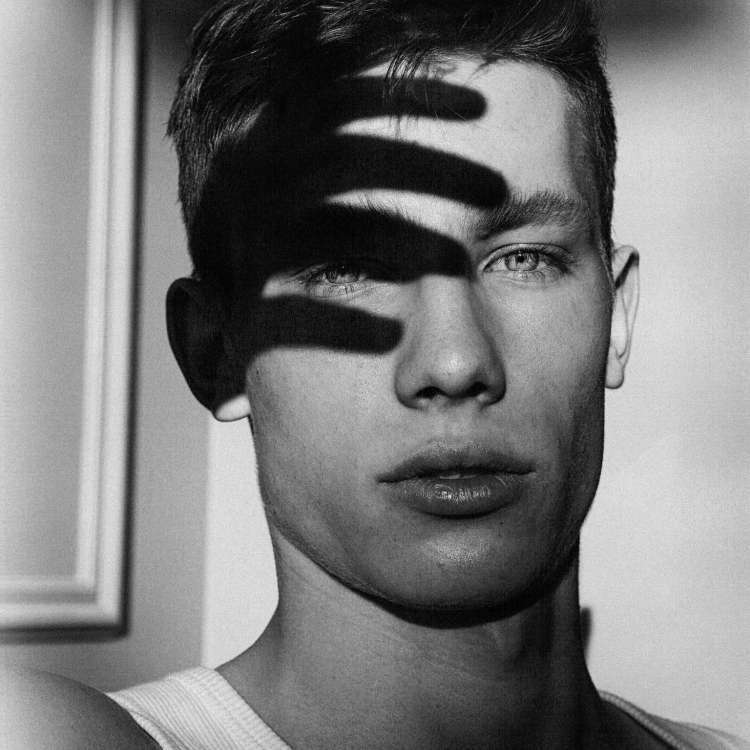 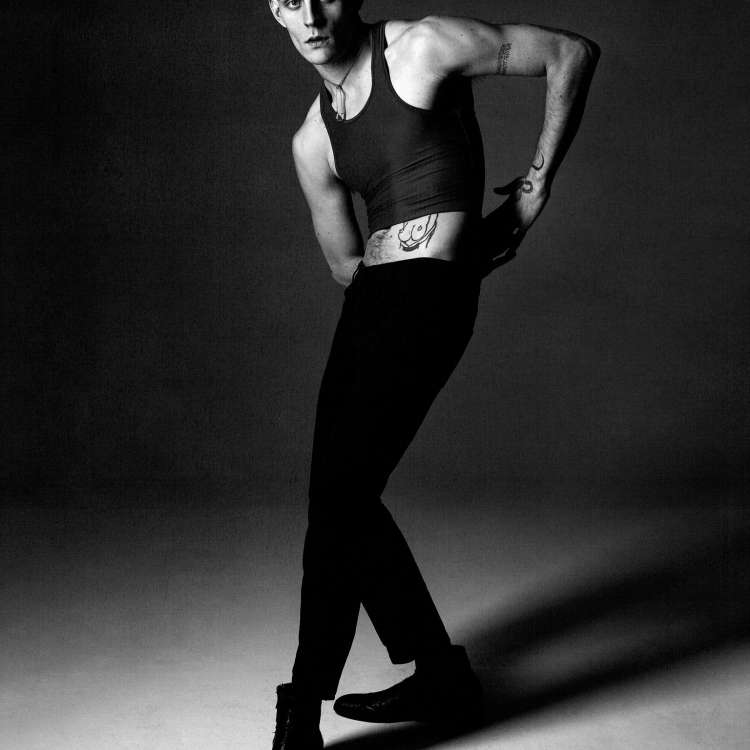 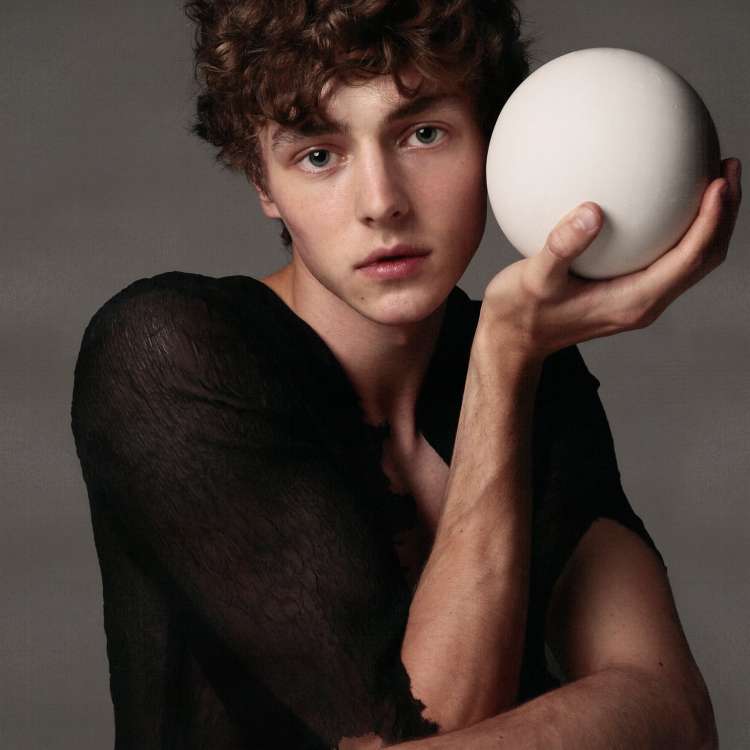 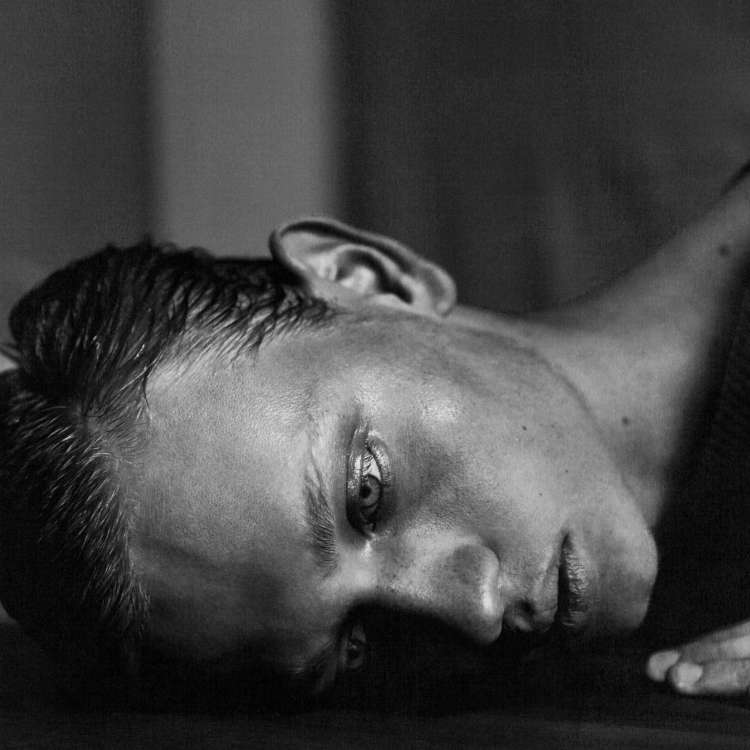 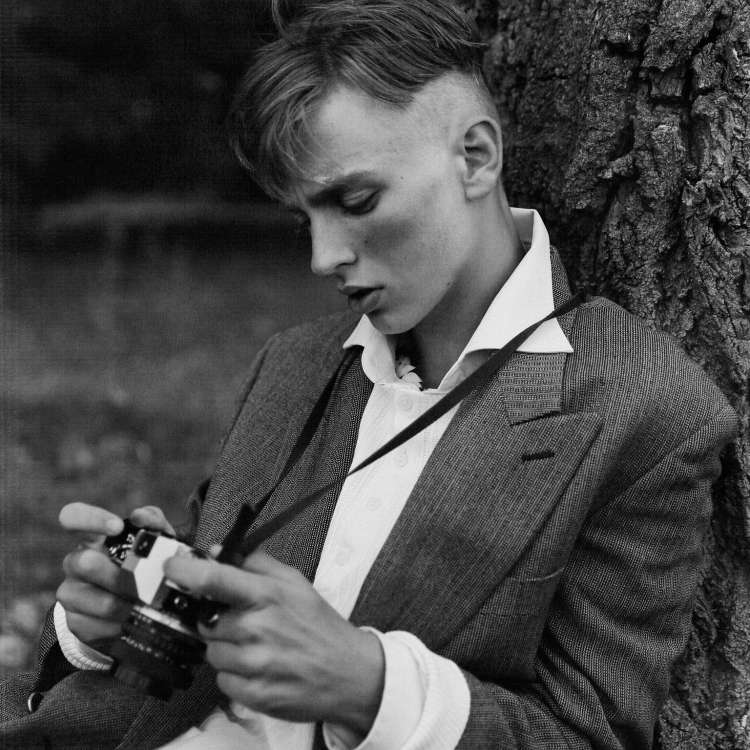 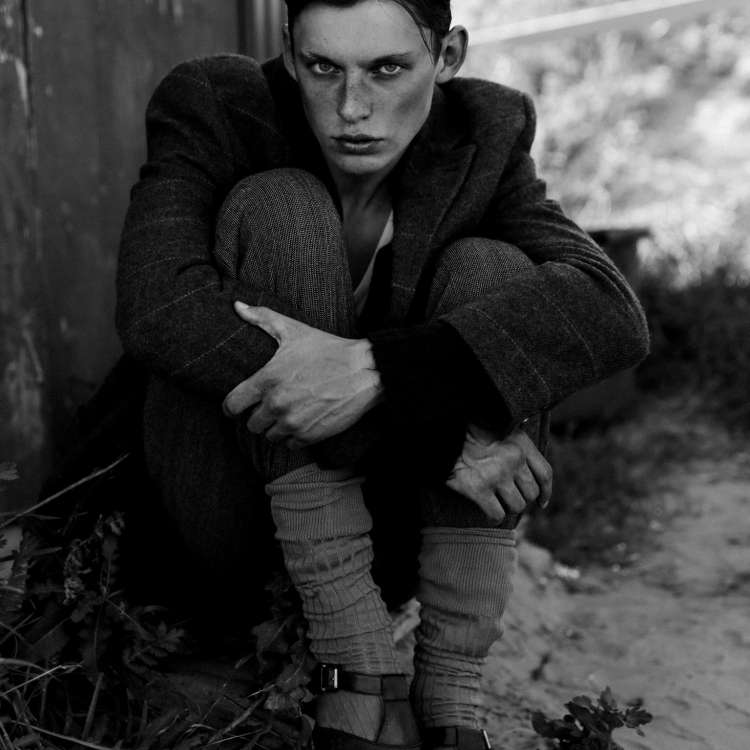 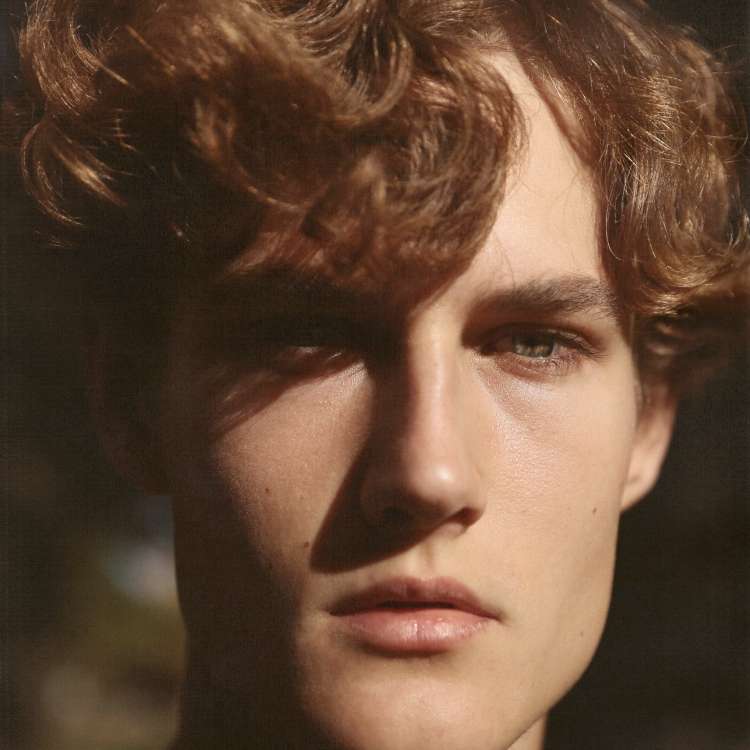 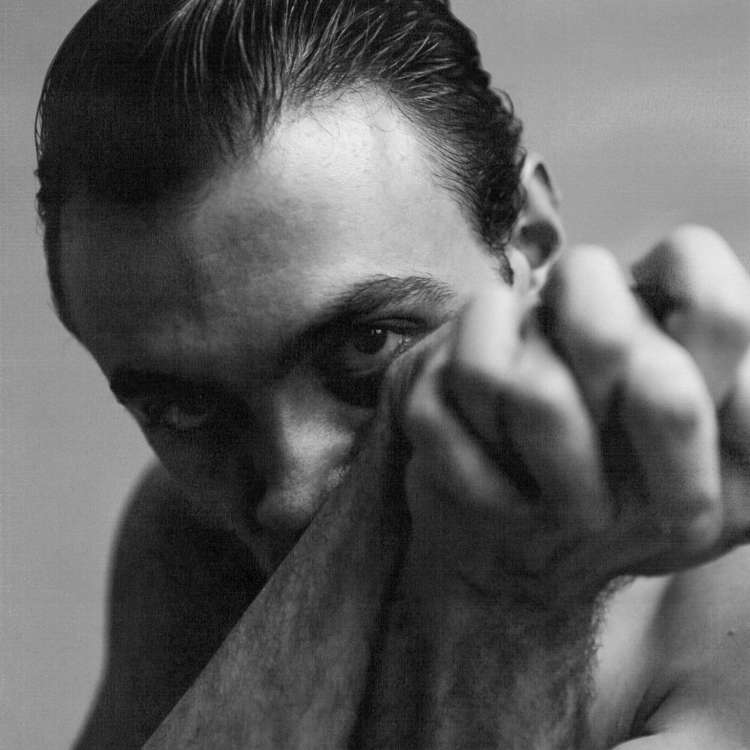 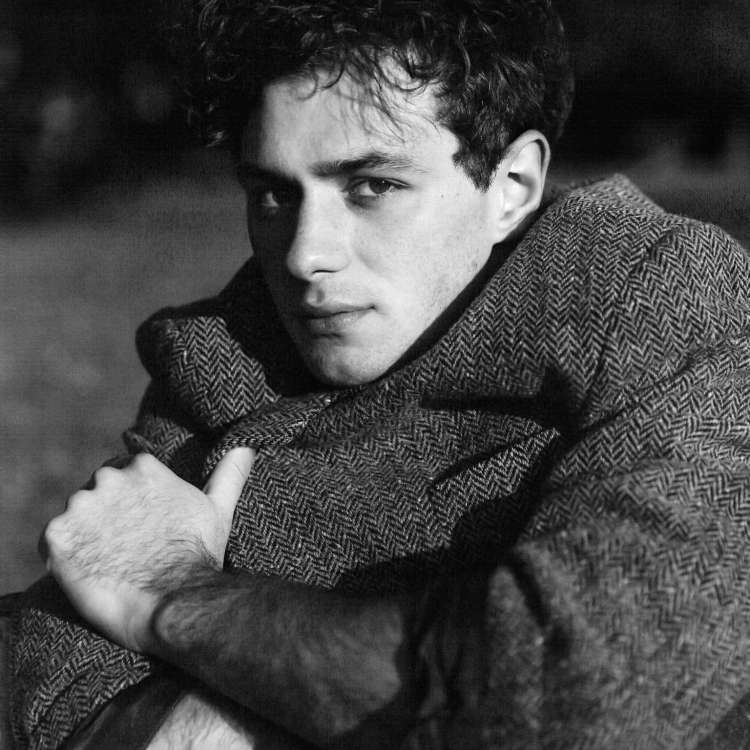 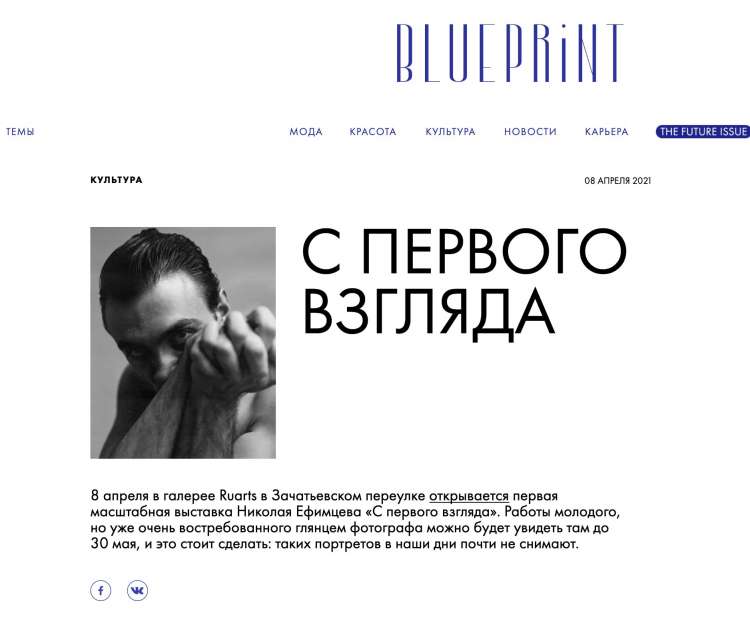 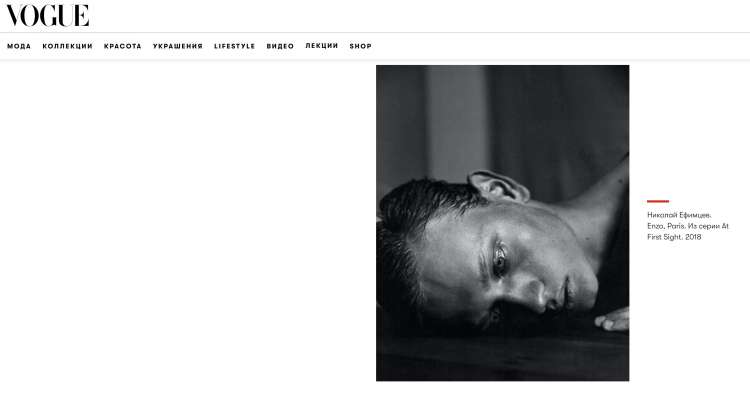 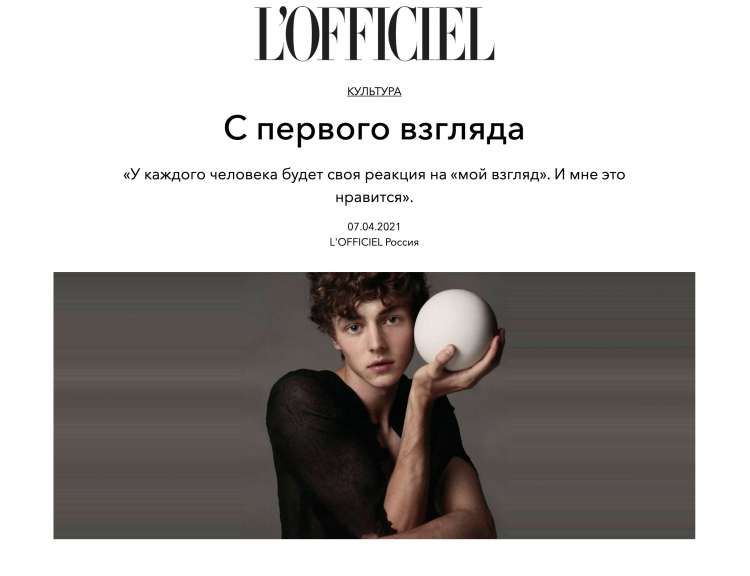