The main point of the series is an artist's endeavour to understand consumer culture and an overabundance of digital images. According to Egorov, overconsumption and excessive production refer not only to goods, but also to visual information. The inevitable consequence of this is the manipulation of collective memory. Egorov is interested in the adverse effects of too much choice, the gambling behavior, and their influence on the way of thinking: “It’s especially difficult to make a decision when you are faced with too many options, and once the decision is made, doubts and thoughts of missed opportunities can leave you dissatisfied and disappointed.”

The visual information density in each photograph from the series reaches its maximum, irritating the viewer’s eye that wants to capture everything at once. A viral repetition of one still shot creates a new image. This makes Egorov's hypno photos more reminiscent of abstract expressionist works. The work “Trading No.25” is a direct quote to the iconic metaphor of market relations – Andreas Gursky's “99 Cent” (1999).

Egorov began to make the first samples for this series in 2018, and by 2021 a full-fledged project was formed. Moscow, with its obsession with things and an abundance of shopping malls which, in fact, offer a similar assortment of goods and services, has become an ideal place to embody such a complex theme. We live in a time when almost everything can be bought and sold, the schemes of fetishizing goods are becoming more and more complicated. Step-by-step, Egorov moved from spontaneity to consciousness in his choice of trade showcases. At the same time, it was important for him to preserve the recognition of mass-market goods, but on the other hand, he was willing to emphasize the digital invasion.

Using a smartphone camera here isn't just a stylistic device, but a certain way of building a connection with the reimagined “reality”. The author needs to emphasize the impact of mobile technologies on the perception of images. The artist is likened to one of a thousand passers-by who are tirelessly snapping pictures one after another, downloading, or sharing countless data. Afterwards Egorov destroys the original image to the state of a digital pattern by using a graphic editor. “I deliberately distort the first shot to get a kind of digital collage. It’s interesting to play with the edge of a realistic and abstract image. Historically we are used to seeing photography as a trustworthy document, but today it works in an expanded field.”

The choice of the location and the subject, as well as the image editing technique consistently intensify the problem of information consumerism. The deconstruction technique indirectly refers to the photographic practice of Thomas Ruff who explores the complex relationship between photography, the frantic exploitation of images, and the possibilities of digital manipulation.

Russian artist working with photography. In his practice Egorov combines photography and digital technologies, using the deconstruction technique. Alexander Egorov’s work is devoted to information saturation and overconsumption, the aesthetics of imperfection and the modelling of neo-reality.

Especially for the exhibition, Sergei Geychenko, a poet, musician and philologist, made a soundtrack that conceptually echoes Alexander Egorov’s works.

Born in 1987 in Moscow. In 2010 he graduated from the Ivan Fyodorov University of Printing Arts in Moscow, then in 2012 from the Moscow British Higher School of Design (Faculty of Photography). From 2019 to 2020 he took the New Artistic Strategies course at the Joseph Backstein Institute of Contemporary Art. In 2012 Alexander Egorov won The Best of Russia award with his ‘Sandman’ project. The Ruarts Gallery has hosted two solo exhibitions by the photographer: ‘Alexander Egorov’ in 2013, and ‘Stickers’ in 2017. The artist’s works are included in the permanent collection of the Kiyosato Museum of Photographic Arts (KMoPA, Japan), where they participated in the Young Portfolio Acquisitions project in 2018 and 2021. Alexander Egorov was one of 7 Russian authors who took part in the international project “Lady Dior As Seen By” in the Ruarts Foundation. His work “Lady in the Jungle” was included in the permanent collection of the House of Dior.
MORELESS SHARE
Выставка Press
EXHIBITION 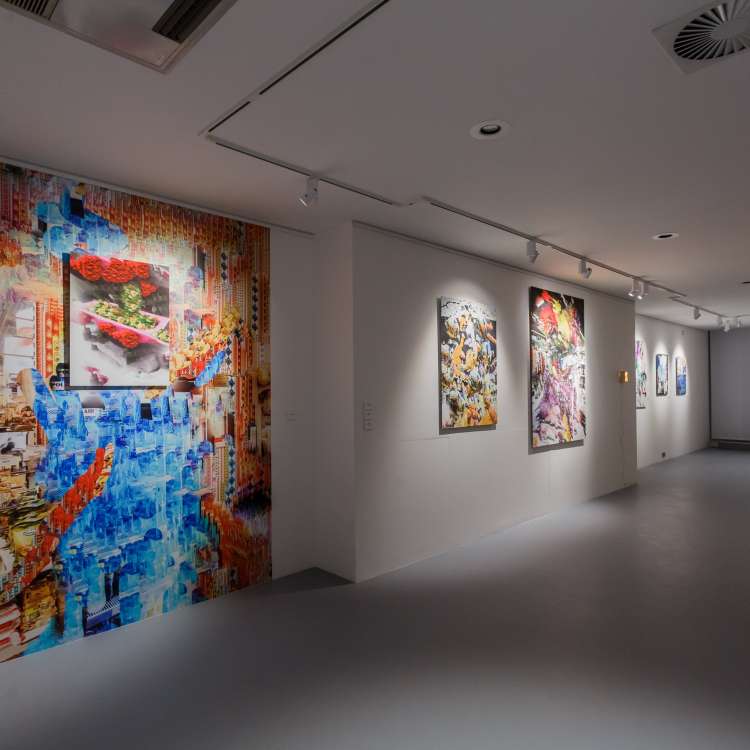 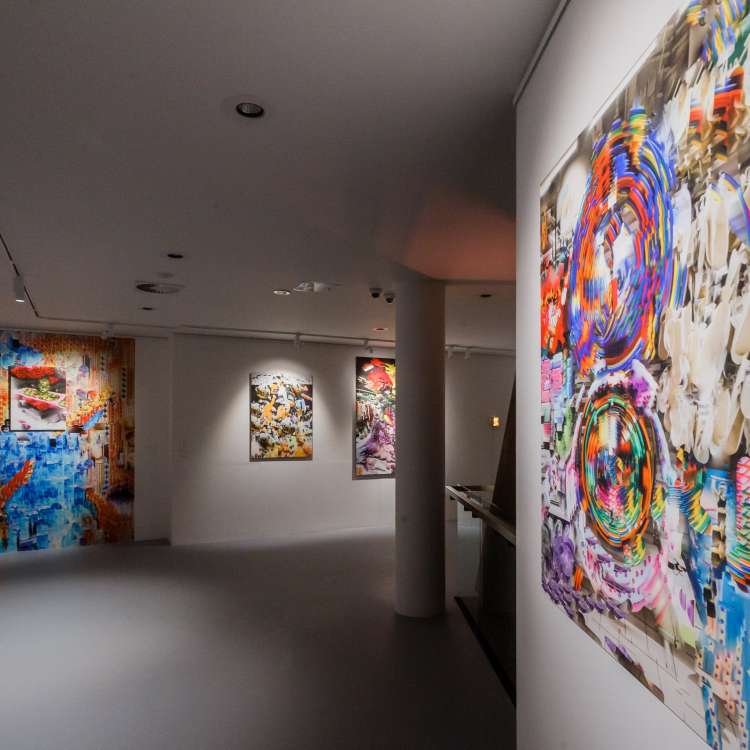 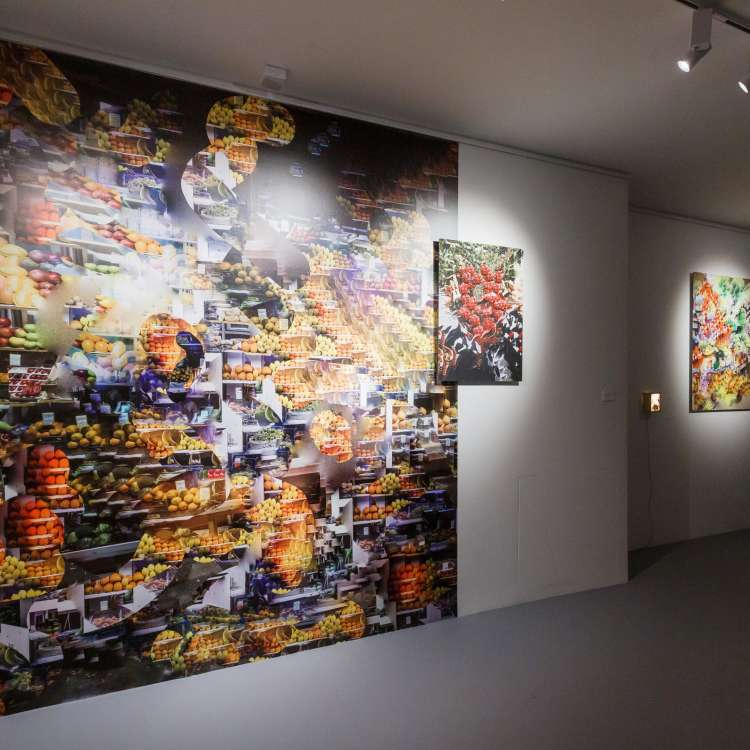 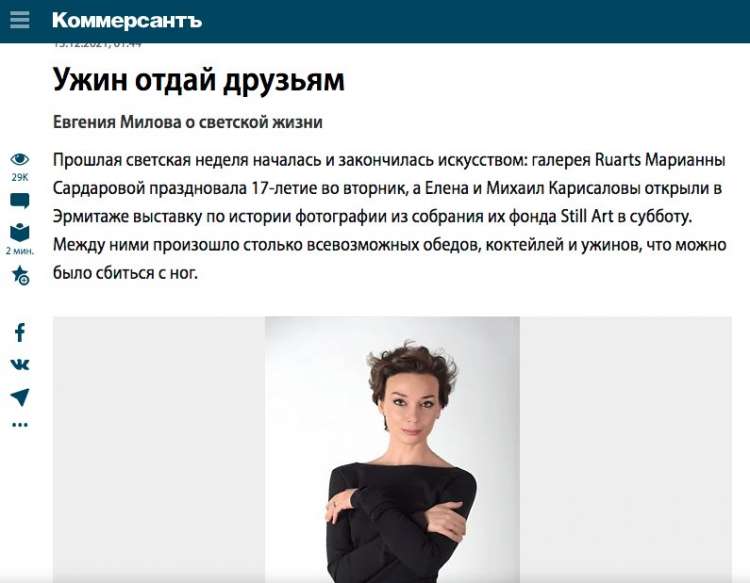 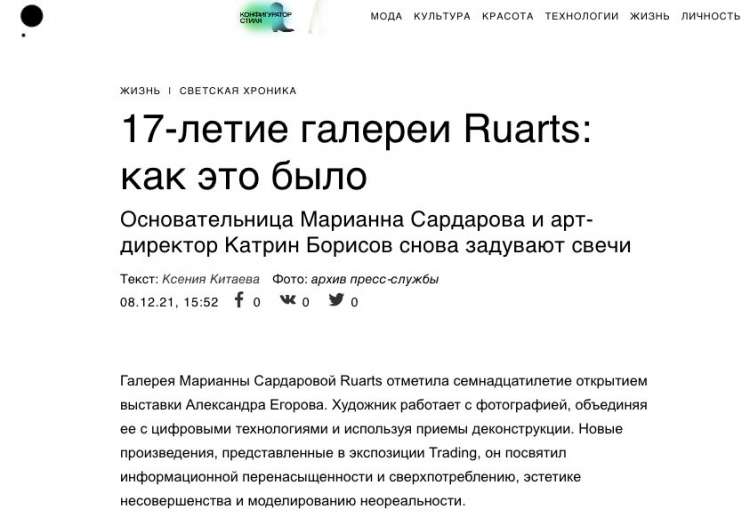 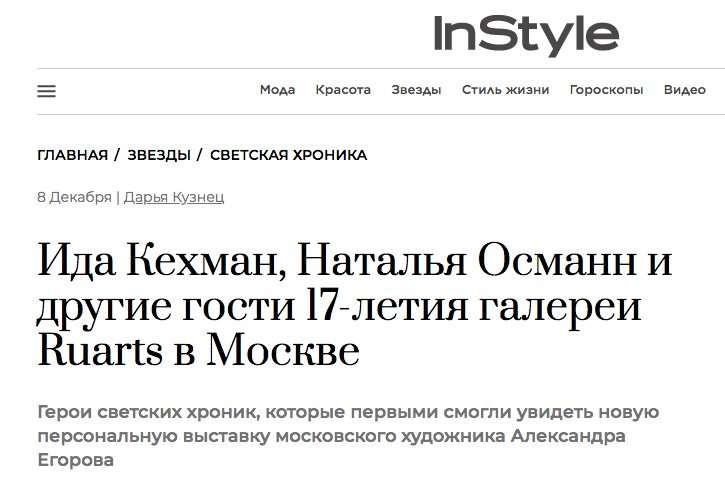