RU
AUTARCHY
9.09.2022 - 16.10.2022
Misha Buryj collects production waste – scraps of paper or cardboar d, pieces of plastic and plywood, surplus printing or construction processes – and makes anthropomorphic sculptures from them. This carefully assembled garbage is not just upcycled; the artist has built an entire theory around his own work. In his opinion people today live in a ruthless world where little depends on them, and at any moment they could lose everything. Just such characters, in the spirit of the modernized Books of Job and Ecclesiastes, are represented in Buryj’s sculptures. The viewer immediately sees the main idea: they are born from dust and can easily return to it, to be reassembled into new people. The cycle will inevitably be repeated, and so on ad infinitum. As if in some kind of inhuman constructor, these creatures undergo continuous mutations. Their fragile, temporary, human likeness is constantly subjected to trials and temptations.

An important moment in Misha Buryj’s work was precisely the discovery of material reminiscent of primitive gathering. In the rubble from discarded remains of raw materials he seeks successful shapes, unexpected curves, striking nuances and other meaningful signs, often with an element of mysticism. After the recovered material is delivered to his studio, the artist collates individual elements and removes anything superfluous – as a result, the sculptures are born by themselves. With this approach much, if not all, is left to chance. All that remains is for the author to unquestioningly agree with the lines of fate and add a signature at each turn: I am familiar with what is happening, I undertake to continue moving in a direction not chosen by me. It turns out that Buryj himself fully accepts the mode of existence of characters in his oeuvre, and they, by and large, become his ‘lyrical heroes’. His many alter egos that inhabit a dangerous, unreliable world.

Current exhibition practice is based on a kind of perfectionism, when the objects that comprise an exposition are rendered in an ideally honed, polished form. Every element, down to the smallest detail, must appear in photographs, especially on social networks, as perfect as you could imagine in your wildest dreams. Misha Buryj contradicts this trend – or, as already stated, the world leads him along a more difficult path. His task is to clutter the exposition as far as circumstances permit. Even when it’s impossible to obstruct an exhibition hall with boxes, or piles of industrial scrap and structures knocked together from boards, other ways present themselves. The artist duplicates the patterns of paper scraps and fills canvases with them to bursting point, so the paintings appear to swell, ready to burst and litter the room with their contents. Sculptures resembling human figures, made in the good old tradition of plastic dynamism, are just waiting for the chance to turn around, simultaneously presenting all potential vectors of movement, all possible coverings of space.

At the exit this combination of ecological awareness and the sublime pessimism of the artist with a hidden explosive charge of chaos in his work conveys a melancholy narrative about the destiny of the slowly dying Earth, and mankind swept from its surface by the winds of history. The world is filled with garbage, but this is no longer an excess of normative reality, but the legitimate and constitutive component of life. Waste is no longer merely a part of the surrounding reality: it actively shapes reality. It is inevitable, we need it. The world is looping in self-sufficiency. The era of autarchy requires a new human genre, and Misha Buryj has now depicted this unknown tribe. 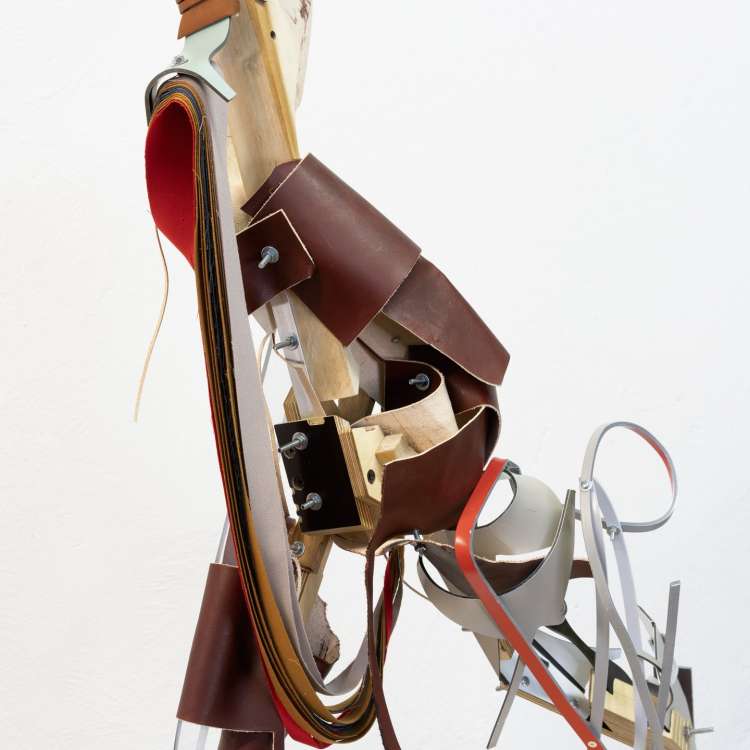 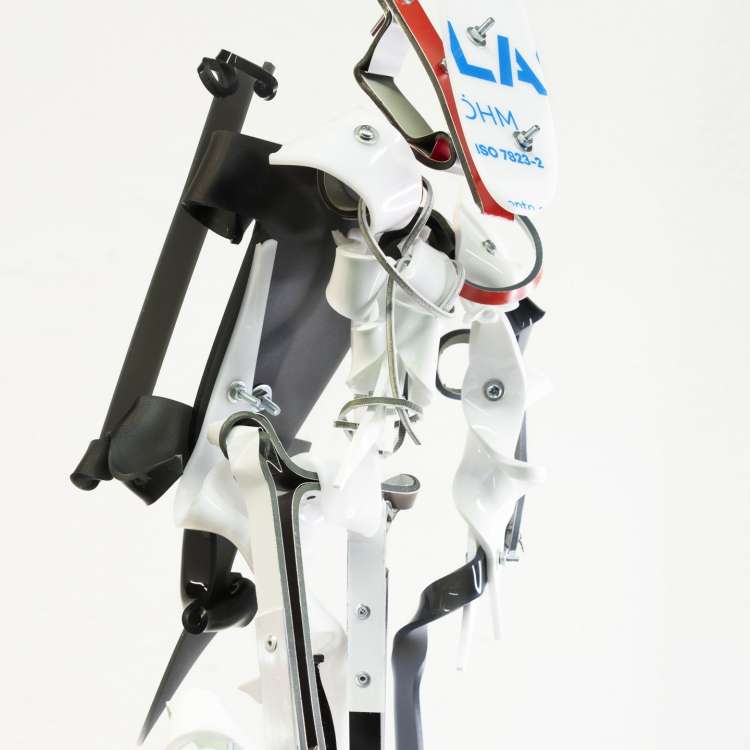 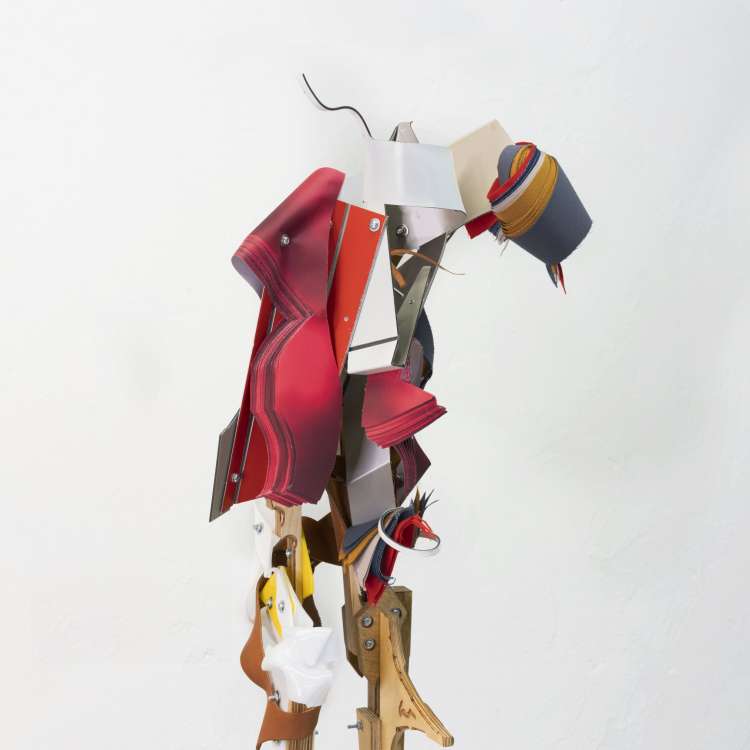 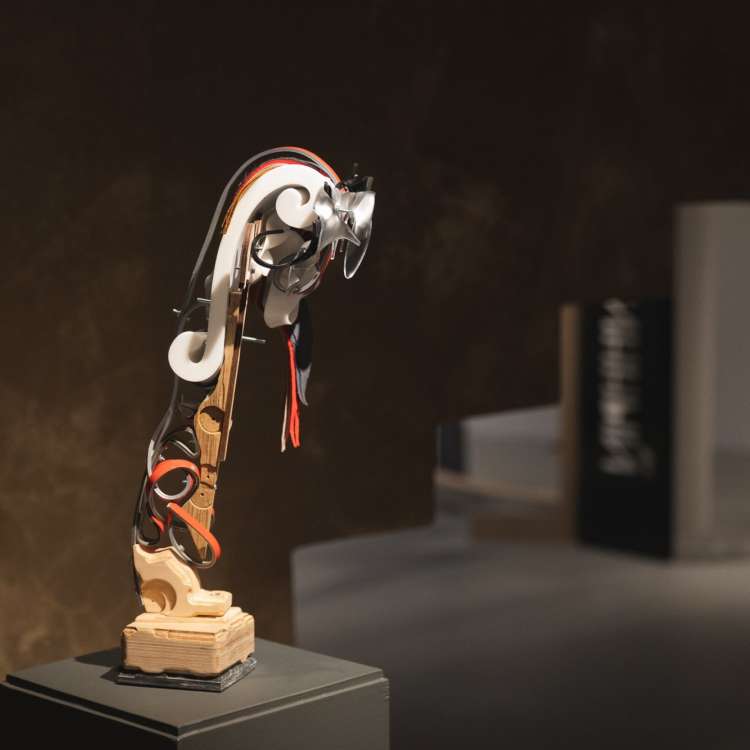 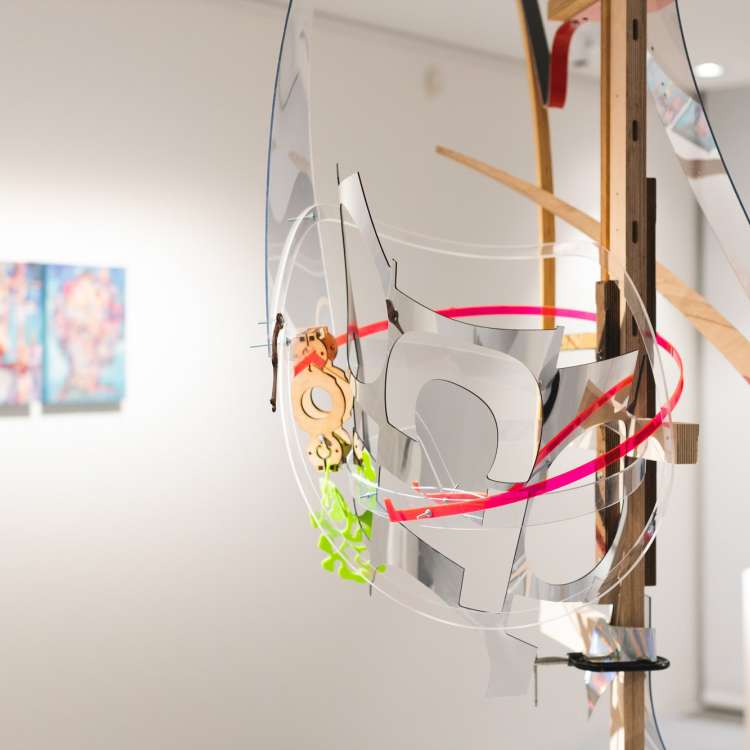 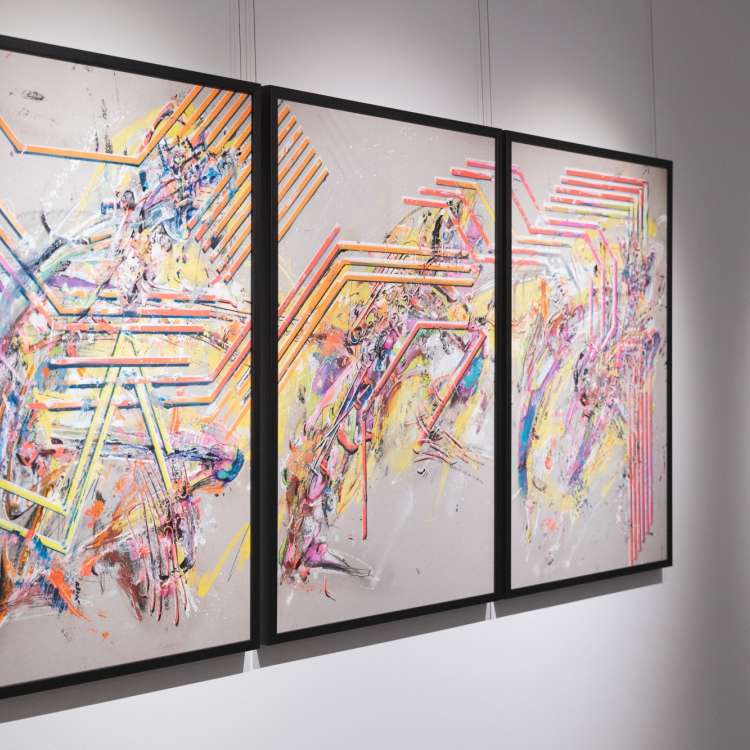 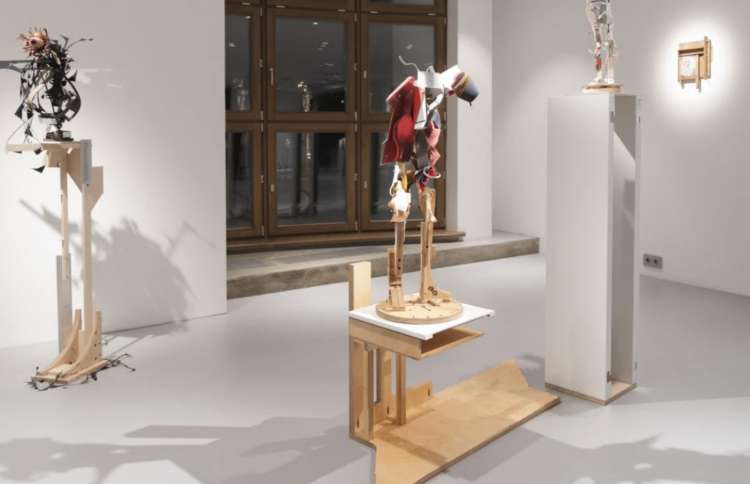 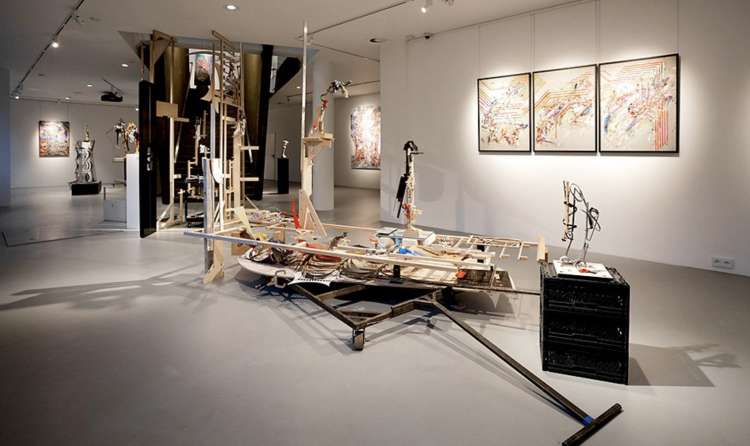 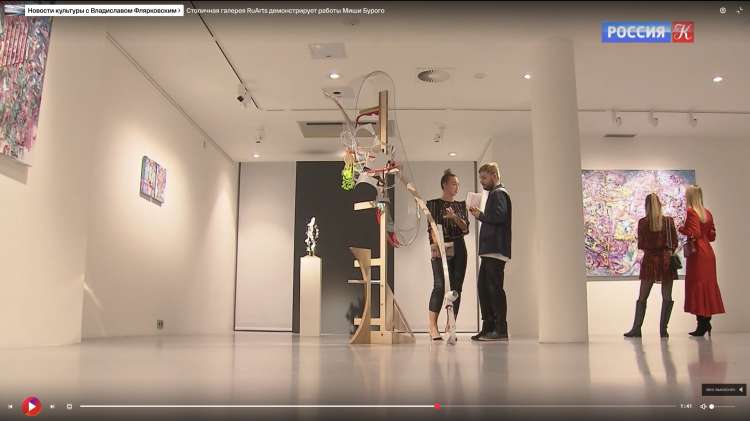