RU
Unforeseen Circumstances
12.11.2015 - 5.12.2015
Dmitri Aske (Moscow), Alexey Luka (Moscow), SatOne (Munich), Finsta (Stockholm). Curated by Sabina Chagina.
Ruarts Gallery in collaboration with Artmossphere creative association presents a group show 'Unforeseen Circumstances'. Two Russian artists, Dmitri Aske and Alexey Luka, and two European guests, SatOne and Finsta, will present their new bodies of work. All of these artists began their artistic career as graffiti writers and later moved on and developed their style in other spheres, including illustration, graphics, and muralism. None of them could imagine what a great influence their teenage hobby would have on their life; that thanks to it years later they would burst into the art world and become a part of the world community of the artists who 'came from the streets'. At the show, the artists ponder over the unforeseen circumstances and their role in every person's life and offer the viewer to give it a thought.

Accepting the events that you can't foresee should be considered as a basic condition of the problem that must be solved. 'Unforeseen Circumstances' is a show dedicated to spontaneity and entropy that permanently block the way of harmony and progress. Sometimes, unfortunate circumstances might turn into happy coincidences and a source of new opportunities. They are an integral part of a sophisticated scenario of interrelated events. Dmitri Aske, Alexey Luka, SatOne, and Finsta think that you should work with unforeseen circumstances not trying to deceive yourself or run away from the problem. Coolheaded attitude towards the implicit obstacles leads to keeping your creative concentration and to spontaneous breakthroughs. The artists' works demonstrate that unforeseen circumstances can be productive and expand new horizon.

A bright artist belonging to the new generation of those who began their artistic career painting on the street. In mid 2000s, Aske was one of the most cutting-edge Russian graffiti writers, who later started to apply his graffiti experience to illustration and digital graphics. In 2010, the New York Print Magazine named him among the 20 most talented young artists from around the globe. In 2011, Dmitri invented his own technique and began creating multilayer plywood artworks in his recognizable style; and in 2013 he started painting murals. Aske's works have been showcased at exhibitions in Moscow Antwerp, Cancun, London, and San Francisco, as well as featured in books dedicated to graffiti, typography, illustration, and contemporary art. In 2014, as part of the Artmossphere Street Art Biennale, he had a two-man show 'The Long Tomorrow' with Alexey Luka.

One of the most progressive Russian artists who started his artistic career from painting graffiti. Alexey has been making art for more than 15 years using different media and techniques. He paints canvases, creates collages and assemblages from wood and other materials, as well as makes digital illustrations. What is essential is that his style is always easy to recognize. Since 2008 Alexey's works have been exhibited at two-man and group shows in Moscow, Saint Petersburg, Amsterdam, Lyon, Paris, Portland, Rotterdam, and San Francisco. He also often takes part in street art festivals in Russia and Europe. In 2015, Luka had a successful solo show at Wunderkammern Gallery in Rome.

SatOne, a.k.a. Rafael Gerlach, is one of the most talented and interesting European artists whose art has its roots in graffiti. He started painting walls in 1991. Since 1999 SatOne has been constantly participating in different festivals and exhibitions, and his works have been featured in magazines and books about graffiti and street art. In mid 2000s, Rafael started painting canvases and since then has regularly showcased his works at solo and group exhibitions in Europe and the USA. He also keeps painting on the street. SatOne has always stood out thanks to his original style as well as the great variety of stories he used for his murals. From writing letters he had gradually moved on to painting large murals full of deep meaning. During the last few years, Rafael has been exploring pure abstraction in his art.

A versatile Swedish artist, illustrator, and animator, who as a teenager was fascinated by comics, graffiti, and skateboarding. Finsta's works are full of humor and unexpected solutions, and childish style is his conscious choice. 'Children often see details and associate freely. As you get older, you get used to things and become blind. In a child's world, everything is not loaded with references and rules. I've always liked bending words and thoughts, so I keep playing with them', - says the artist. Finsta's works have been published in American, Chinese, German, and Swedish books dedicated to street art, graffiti, graphic design, and illustration. In 2009, Dokument Press published a book about Finsta's art called Finsta Graphics. Today, the Swedish artist creates animation, works for galleries, and keeps painting on the street.
MORELESS SHARE
Works Выставка Press
Works
EXHIBITION 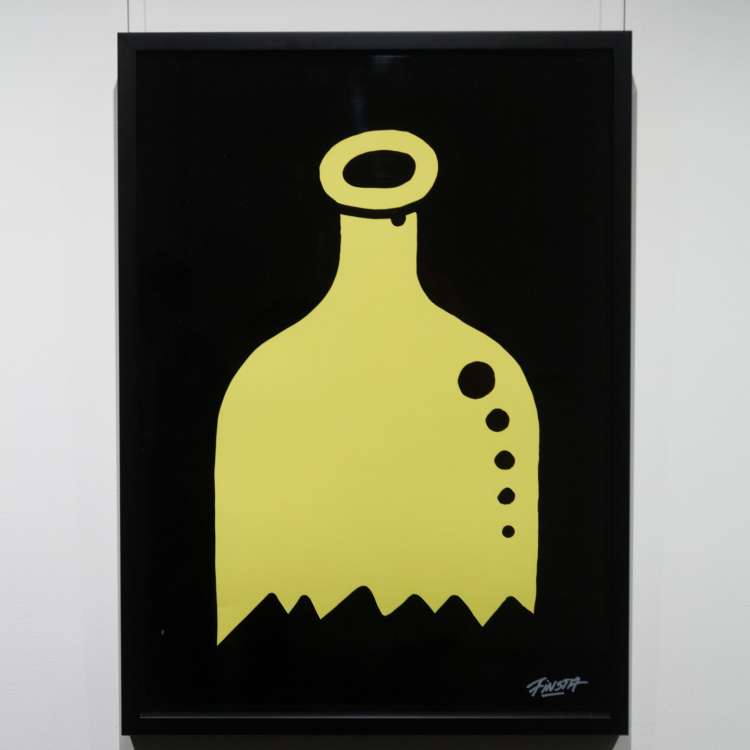 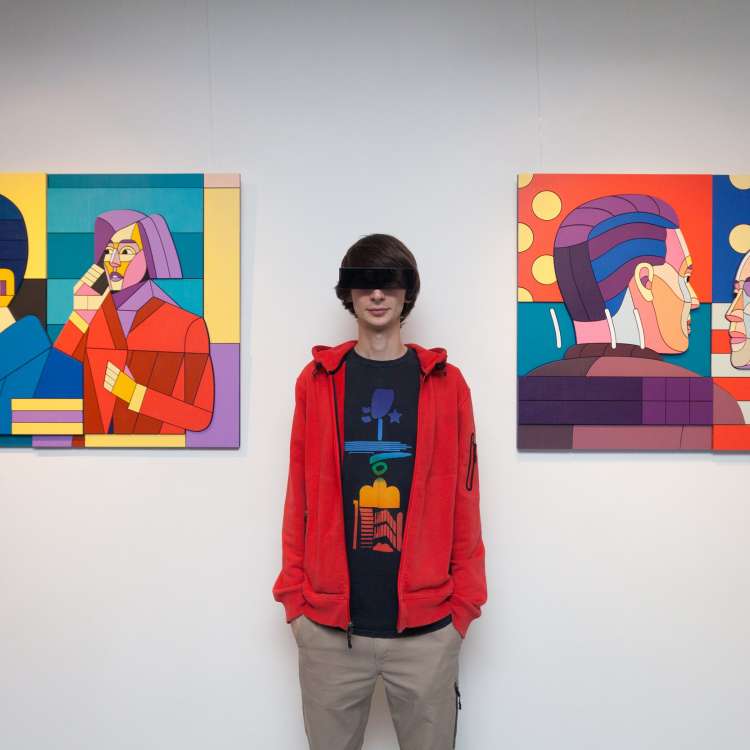 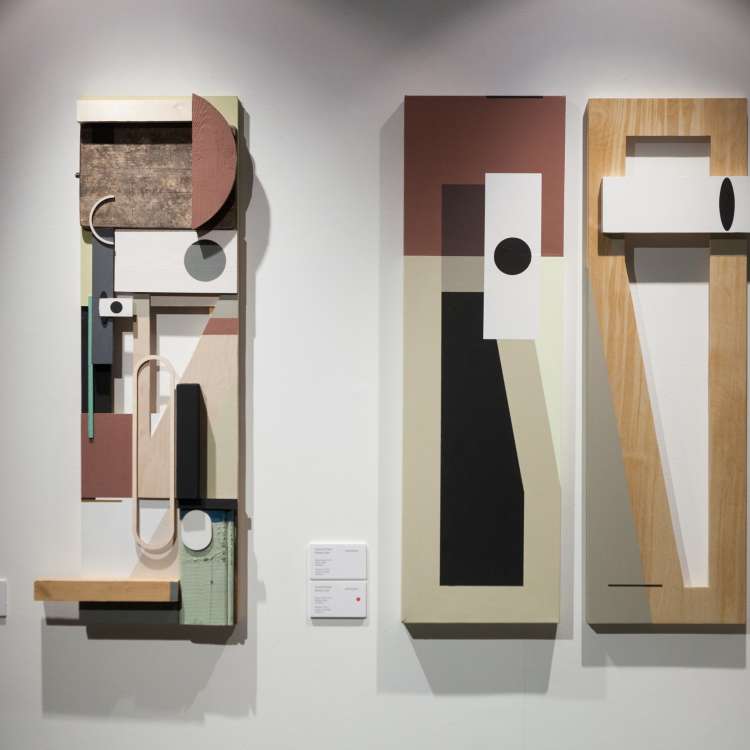 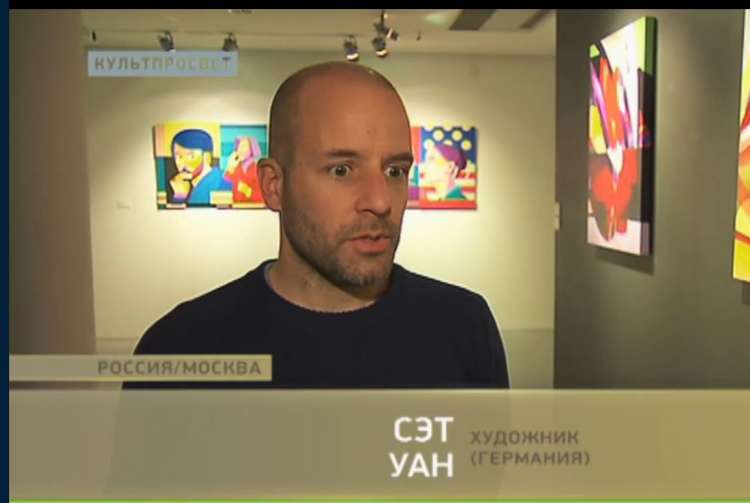 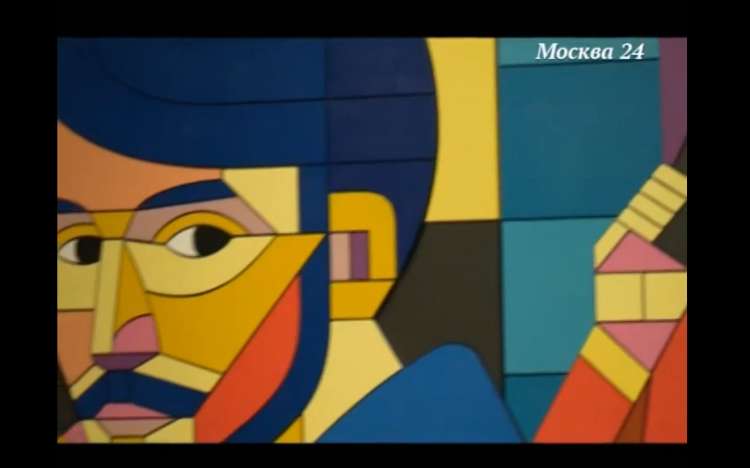