RU
STIGMA
25.10.2013 - 30.11.2013
Tatyana Podmarkova
October 24 Ruarts Gallery presents a new personal project STIGMA by Tatyana Podmarkova. The Art of Tatyana Podmarkova announced itself in the first decade of the new millennium with the massive fine art series in which balance of neoclassical tradition is combined with contemporary, dramatic expression.

New series - "Stigma" demonstrates a distinguishing style of a master, where the body motive impressively dominates. The artist looks into the sphere of mystical experiences through the corporeity, which is associated with the wounds - stigmata (from Greek - stigma - a spot, sign, prick).
Stigma is related to the subject of the body, as well as the crucifixion-suffering image, and therefore to the visual arts.
In the Renaissance epoch, people became concerned about the temporality of the flesh, the death of the body, which was demonstrated by the masters of the Northern Renaissance in an almost frightening level of depicted physiology.
The author emphasizes the iconography of martyrdom and, at the same time, searching for a balance between expression in art of Italian masters and abstract idealism in their work, for instance, picturing St. Sebastian, with his flesh pierced by arrows, presented in a blissful and tranquil mood as a peaceful and beautiful figure. The visual language of the subject of suffering, its plasticity, from the Pergamos Altar and down to the time of Goya, German Expressionism, Mexican muralists, etc. was expressive, exalted, in other words fractured and ragged in its shape. Schopenhauer's sadness and gloomy romanticism of Podmarkova are offset by a cyclic rhythm, by beauty of classical iconography and monumental size of the works.
The works are organized in a long length - more than seven and nine meters rhythmically organized friezes made of multi-format canvases. They are united by literally pervasive motive of a black line, which is piercing the key aspect of the composition - the human bodies, leaving the cuts on them. The figures are in light draperies, few of them are made in the iconography of the Madonna Painting - woman with children, angels, as well as, either frozen or fallen figures, are located on a neutral background that brings across indifference and emptiness. In the extrinsic, supernatural, geometric nature of the "modernist" black stripes motive, which is nearly stinging the surface of the painting - we could find the problematic aspects of contemporary art - political quest and the question of suffering of one particular person.
"Black stripe" is a mechanical rationalism that tears the world and causes suffering both physical and spiritual - gender, subconscious, erotic, age specific, etc.; and atavism of martyrdom iconography; and the expression of failure; and the tape of time that kills everything.
Suffering is indecent in a modern society, it has to be hidden. From this it follows that "stigma" has also another meaning - the stamp of infamy. People have to look young, sporty and smiling, even if it's a grin. The negative concept of "disease" and "pain" is something almost immoral because of its relationship with death. The martyr who suffers from pain looks disgusting with its closeness to death - he is a kind of "animal" in a society that tries to assign natural/divine functions of managing physiology. But, as Georges Bataille said, the awareness of death is the thing that separates a man from a beast, which "resides in the world, as the water in the water" - and pain reveals the world to human.
Large canvases of the artist coincide with a new wave of interest in the art of monumental forms. Yearning for large-scale forms and statements appears in the large colorful canvases made by artists, who are keenly watching for ideology mutations. It is typical for artists from St. Petersburg studio "Nepokorennie", where Tatyana Podmarkova works as well.
Painters of the XXI century, returning to the traditional techniques, often hardly reconstruct the meaning of painting, trying to hide the emptiness of statements by applying a rich layer of paint, by "serious" coloration and canvas format exaggeration. Loss of creativity and capitulation of a genius-creator, who turned into a worker on the art production line, led to the fact that art was being labeled and simulated. Since 1990 conceptualism "culture of humour" and "fico in a pocket" of non-conformist political concern had no longer met a wish of young people of new generation, who decided to go back from the iconoclastic mockery to the Origins - the actual art. Creativity became interesting as field of an individual adventure, responsibility, mental and physical risk. The artist no longer evades and disguises (in an allegedly effort to avoid totalitarian act of "denomination"), but begins to "get into a mess" and "meet the challenge". This phenomenon is called the "new seriousness". Tatyana Podmarkova's art has to be considered in this perspective - it is not "losing its temper" in a wild grotesque, but freezes in a meditative numbness in front of fierce and beautiful mysteries of life.
MORELESS SHARE
Выставка
EXHIBITION 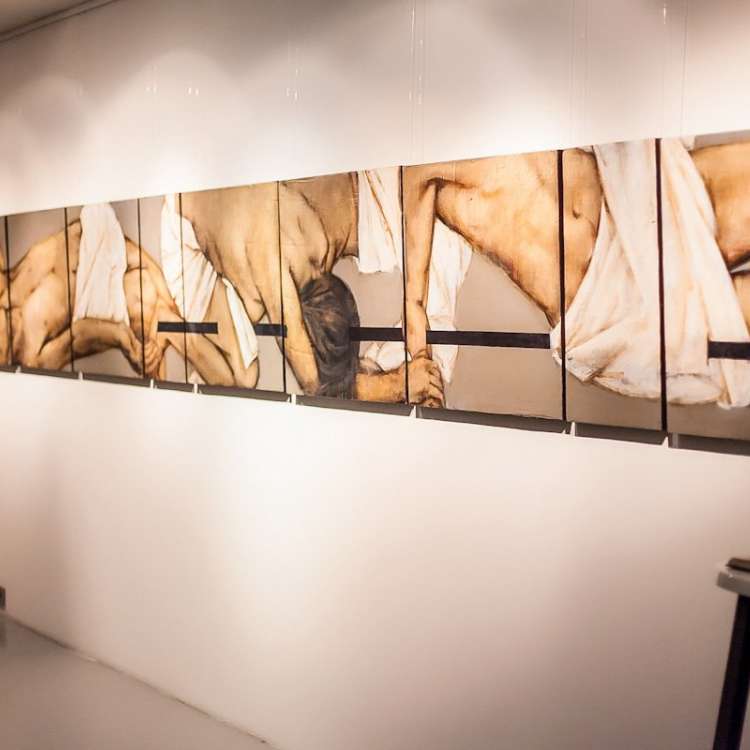 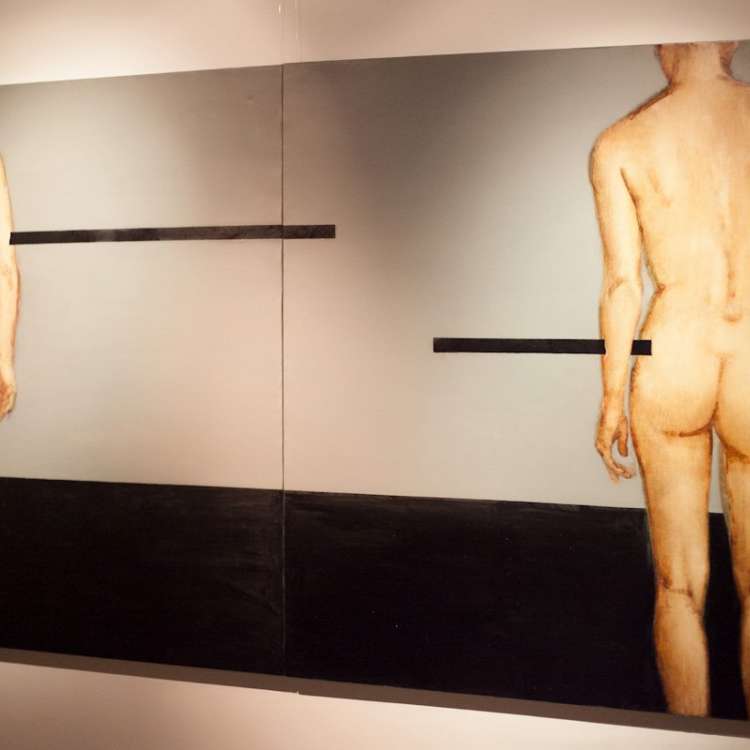