RU
Infants
14.05.2010 - 29.05.2010
Petr Axenoff
It is not the first year Petr Axenoff closely working with the main image persons, masters of media and glossy magazines on the topic of opposite side of success. In this time the main actors of his new project are not adults but their kids, here they are not those inarticulate beings who still have not decided in their positions, but «little adults» whose parents are at a highest stage of the social hierarchy. Since babyhood they feel themselves as elite, they are growing in the world of luxury and big money. Today, these kiddies express themselves in, as in a mirror, their successful parents, but half ten years, they grow up, get elite education in prestigious universities in Europe and will stand at the top of the hierarchy.

"Infants" the stage project by Petr Axenoff. He arranges the heroes, organizes decorations, costumes and direct gestures, before removing his staged photography. His small heroes sometimes seem beautiful, sometimes puzzling, sometimes antagonize and frightening, but do not leave indifferent. There is quite connected narrative in Axenoff’s life pictures. In fact, more than two dozen of his photographs are an allegory of a young life.
MORELESS SHARE
Выставка
EXHIBITION 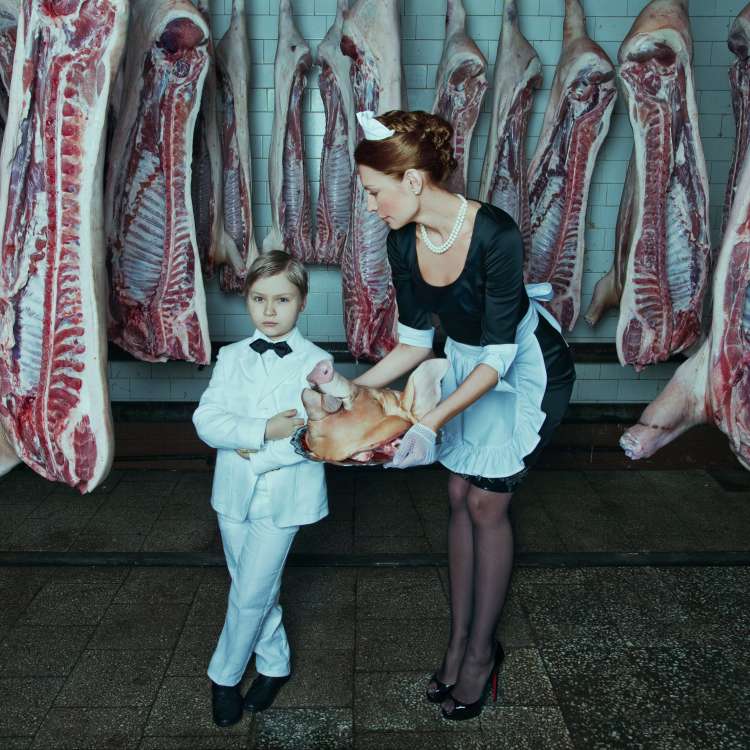 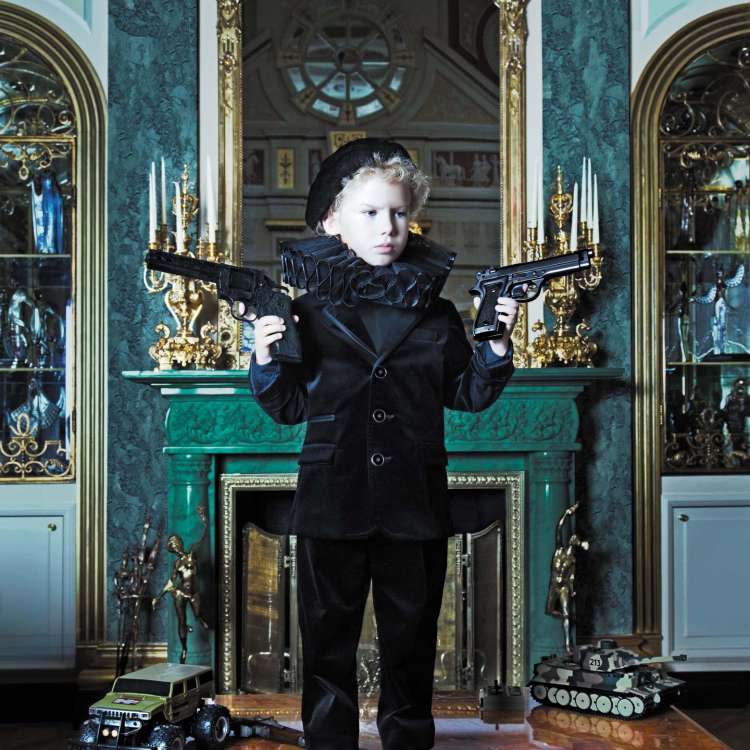 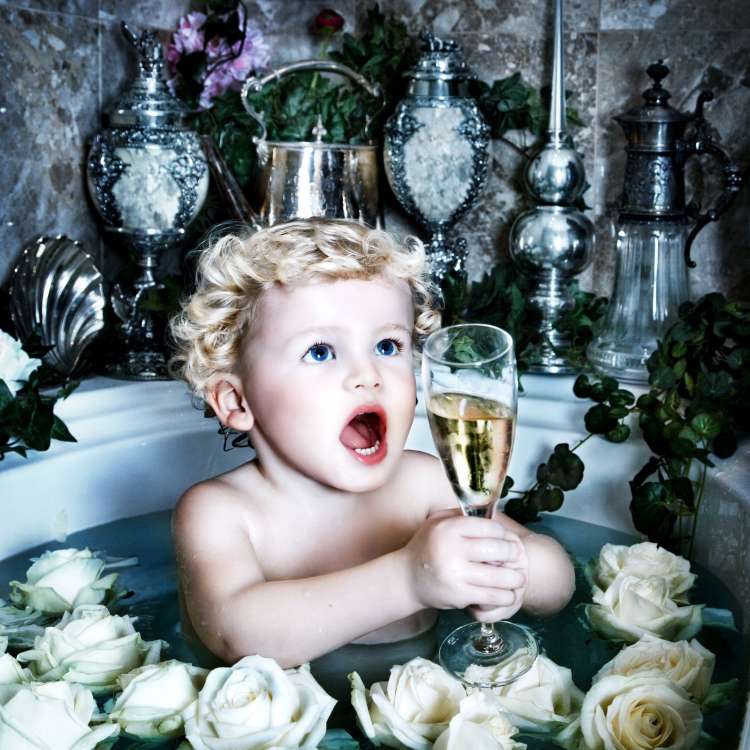 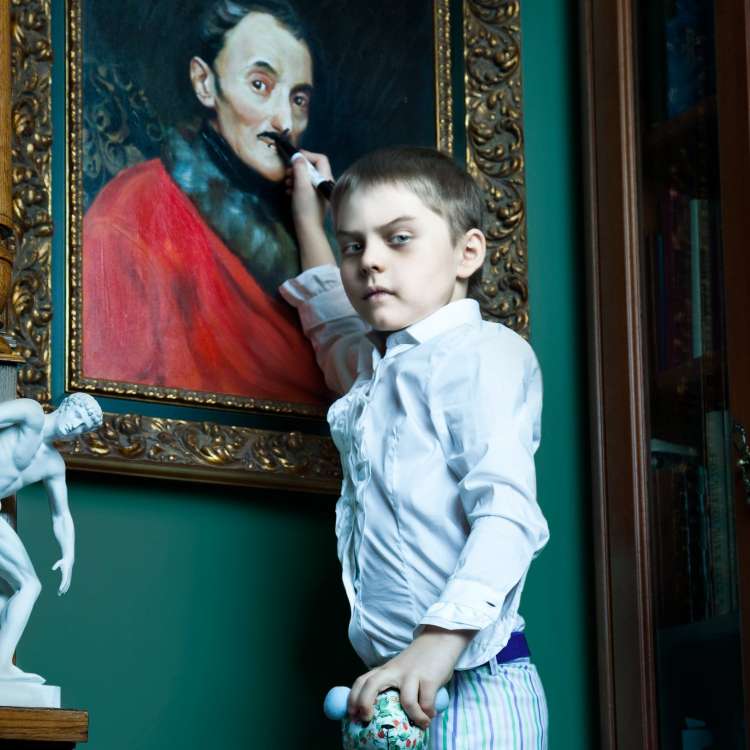 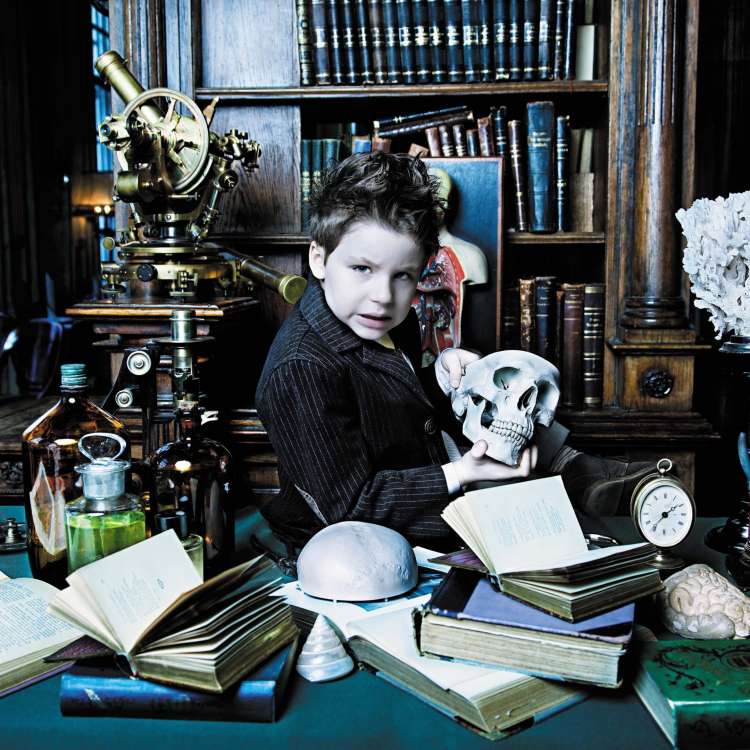