It will be the third exhibition at Ruarts Gallery for the famous Japanese photo artist Kimiko Yoshida, who lives and works in France. Her first exhibition in Russia was held in Ruarts Gallery in 2006.
Masako Yasuki, participant of the special project of the 5th Moscow Biennale of Contemporary Art (2013), will personally present her works in Moscow.

Kimiko Yoshida is primarily known as an author of self-portraits series, in which she consistently illustrates stereotypical perception of Oriental women. Her self-portraits are always a game between figurative and abstract.

At the new exhibition at Ruarts Gallery Kimiko Yoshida will present one of her latest projects - RorschachYoshida, where she skillfully combines photography and painting by applying color spots (Rorschach inkblots) to her photographic self-portraits, reinterpreting and passing a famous test through herself. With the application of a paint layer, archival pigment prints on canvas turn into abstract paintings. Self-portrait becomes the study of personality and emotions. Kimiko's art is almost entirely due to the transformation, which is crucial in this connection.

"My works are not a search for identity. I know that there is no identity. There are only endless layers of me. If I take them off, like onion skins, nothing will remain underneath. My self-portraits are a blurring of identity."

Kimiko lives and works in Paris, where she emigrated from Japan fleeing from the social inequality of women and sexism. "My art is a protest against modern clichés against women."

Masako Yasuki will present three series: "Obliterated Ground", "Nature" and "Golden Series". Masako constantly turns to the theme of "landscapes" in her works, offering the viewer to ask themselves: what is the "landscape"? Do we perceive the real world or is it our memory of it? Can we feel the difference between "watching" and "seeing"?

"Obliterated Ground" is one of the largest series of Masako. Masako connects large-scale canvases depicting the Japanese cities destroyed during the Second World War with modern Kyoto and Tokyo. Covering the canvas with layers of paint and old photographs just as the soil covers the earth layer by layer,


Masako creates her city. Masako Yasuki attempts to change our perception of space and time carefully building the space in her works. She is using different perspectives, including "parallel perspective" traditional for eastern painting, in which landscapes are depicted from afar and from above, and space appears infinite.

"For some time I have been trying to create paintings capable of suspending the passage of time, the human perception of things, and the mechanisms of memory in order to liberate them from the context of modern life. I paint with egg tempera and oil using techniques and mediums that can be tracked back deep into Western art history and combine these materials with pigments that characterize the Oriental painting tradition. I aim at reexamining the concept of time and the perception of things rooted inside of me, an individual who was born and brought up in Eastern culture".

Tending to Western painting methodology, Masako has long and naturally been intrigued by Japanese screen paintings, because she lived in Kyoto, which provided her with a lot of opportunities to see actual masterpieces. Therefore, the use of gold leaf in Masako's painting is important also because it reconnects the author with the painting method and media of, for instance, the masters of the Kanoh School and Hasegawa School, which means with the core of Japanese art history.

"I want to present my work as detached from the narratives and stories educed from depicted images, and from the symbols and messages inherent in the use of gold. I hope my painting shifts and shakes, even if just a bit, our bodily sensation and perception of time, space, or even the society and the world surrounding us".

Perception of ourselves and the world around us as something multilayered, mobile and constantly changing, is the main theme of both artists. In the mind of the European person this concept is closely connected with the Buddhist tradition, but with the integration of the
MORELESS SHARE
Выставка Press
EXHIBITION 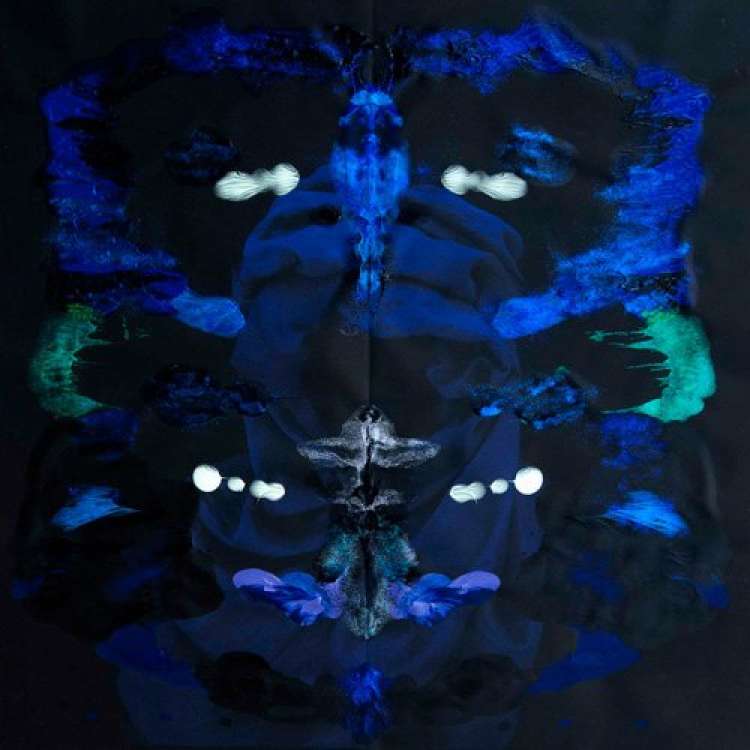 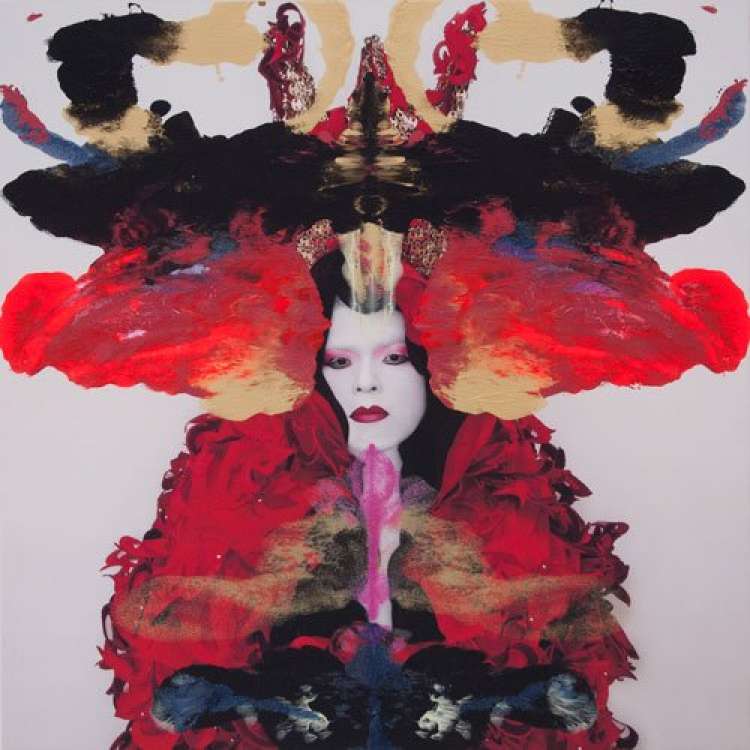 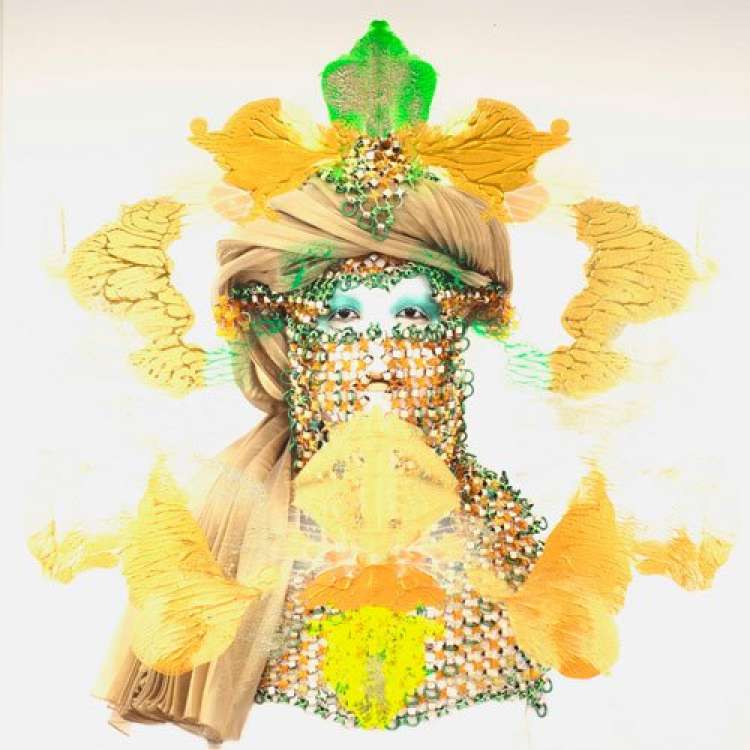 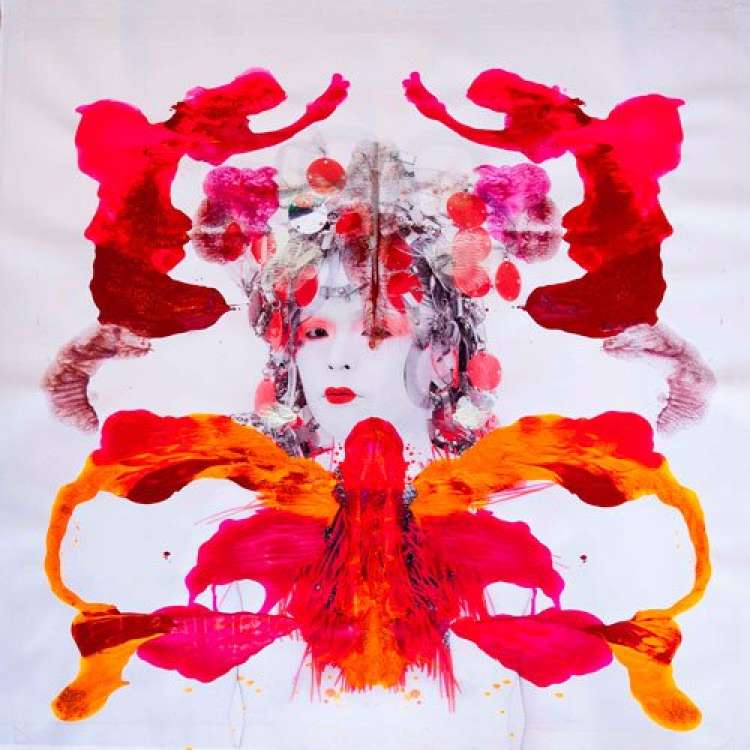 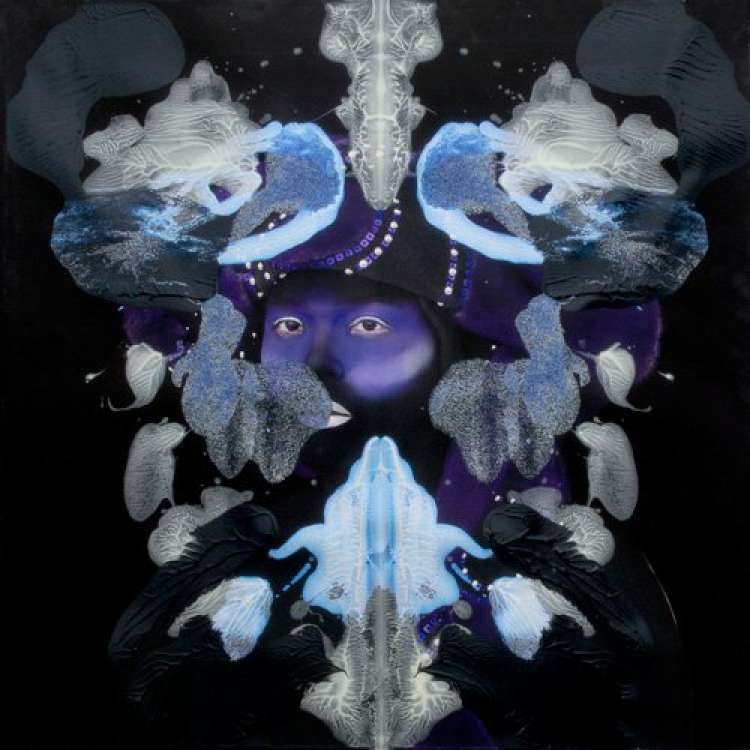 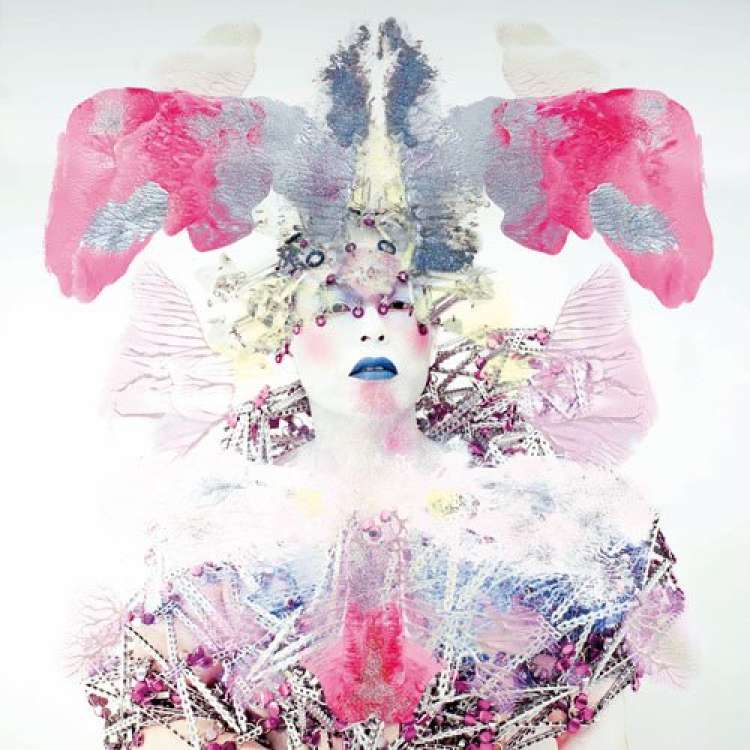 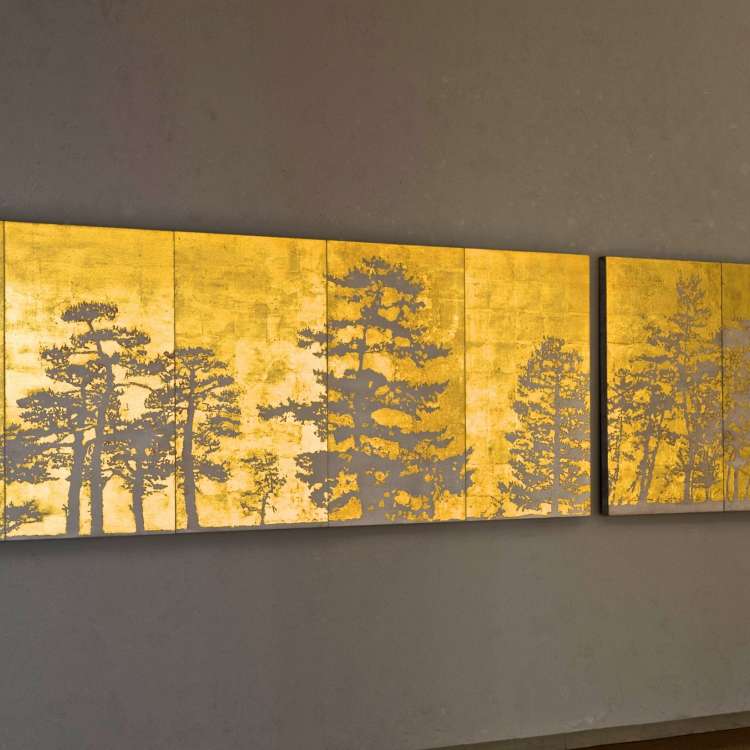 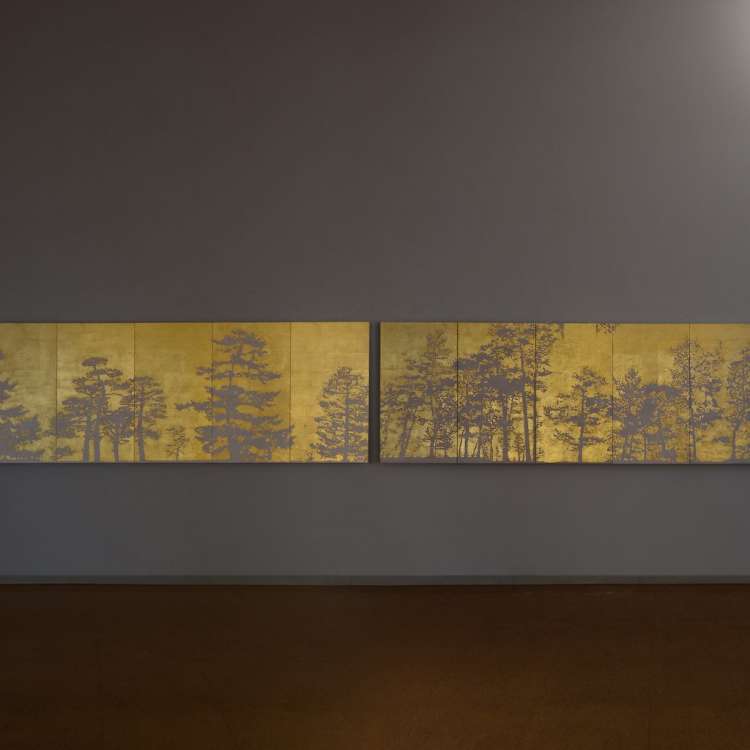 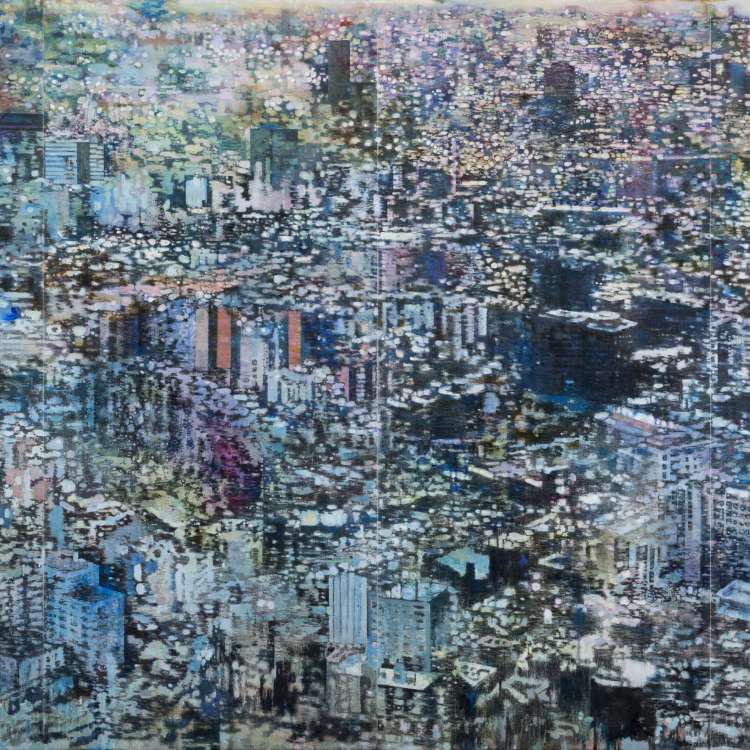 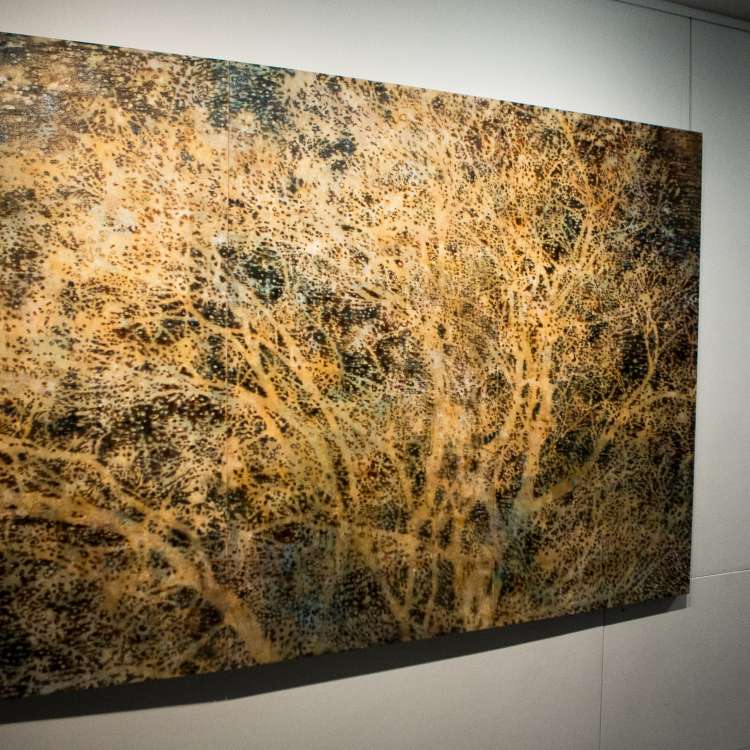 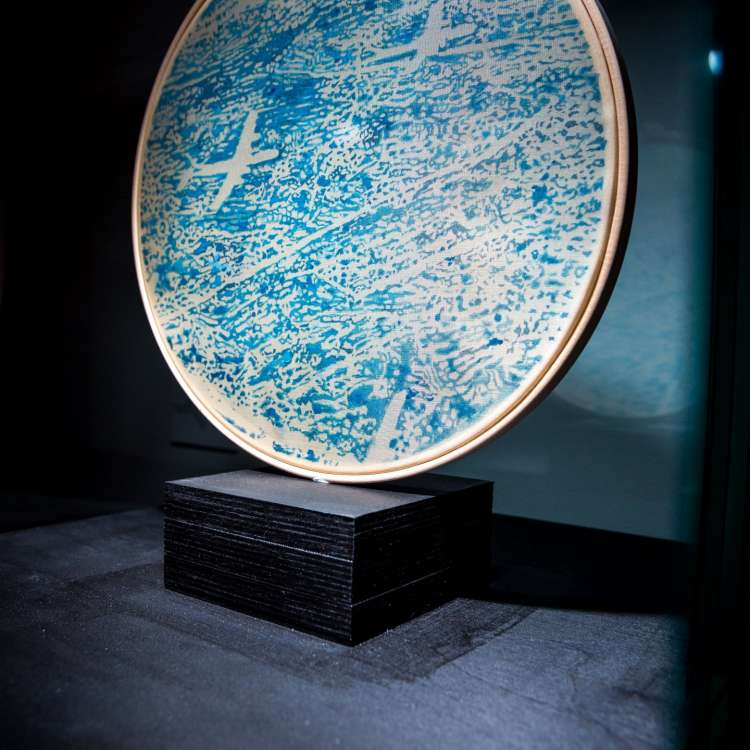 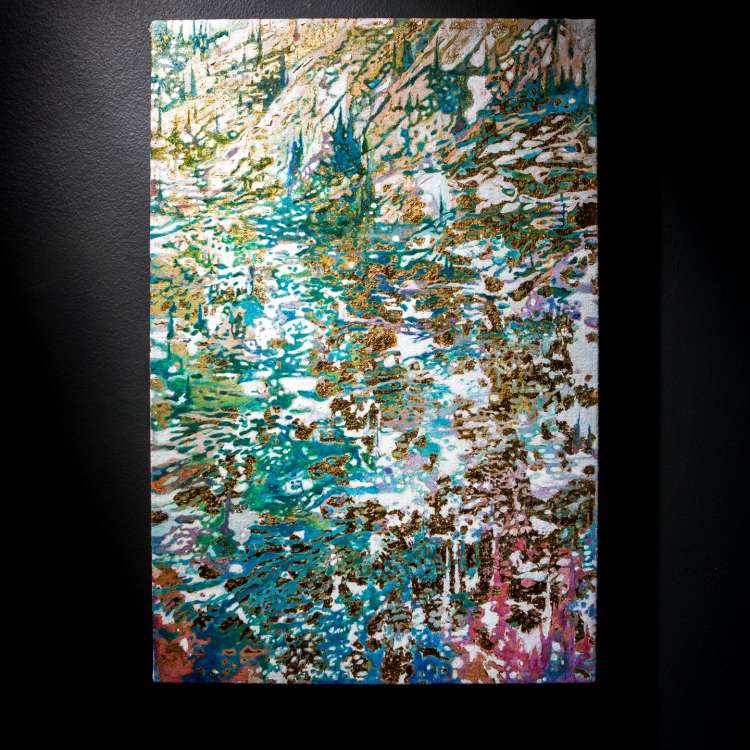 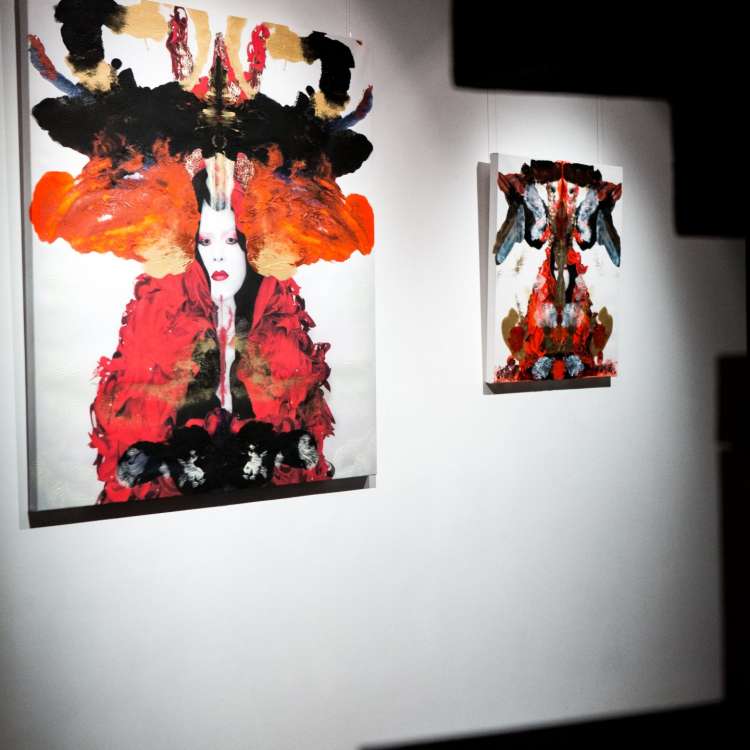 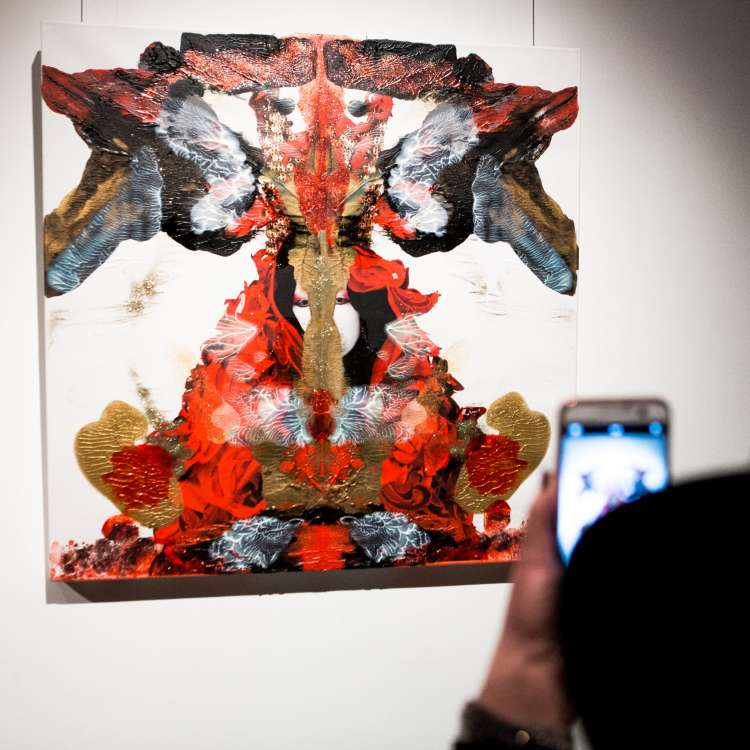 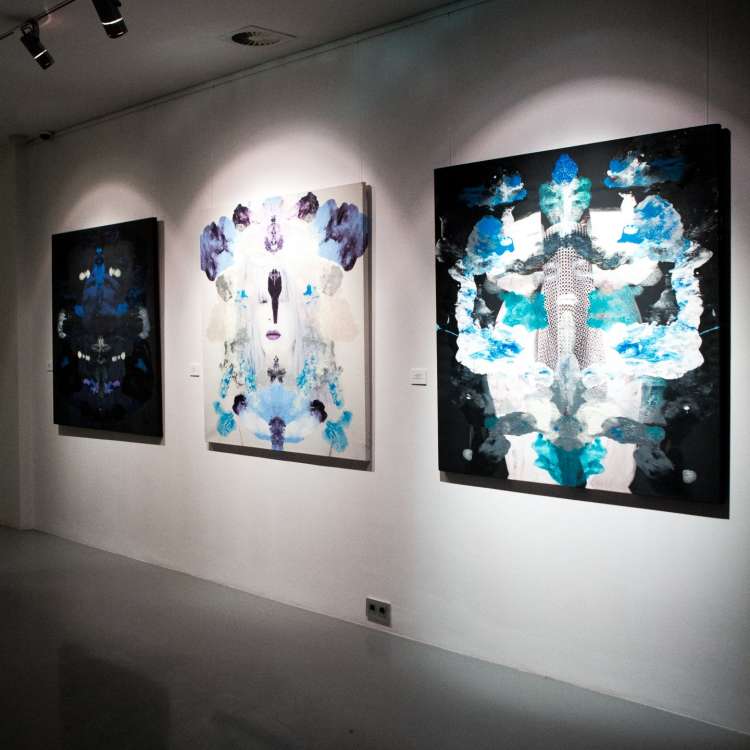 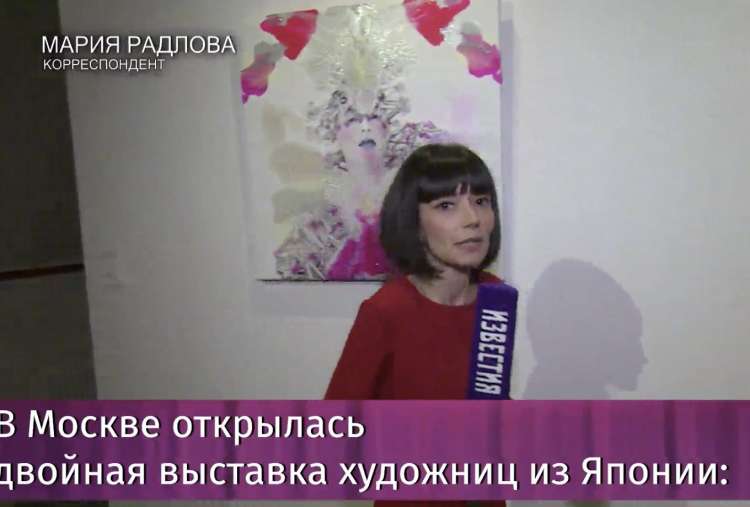 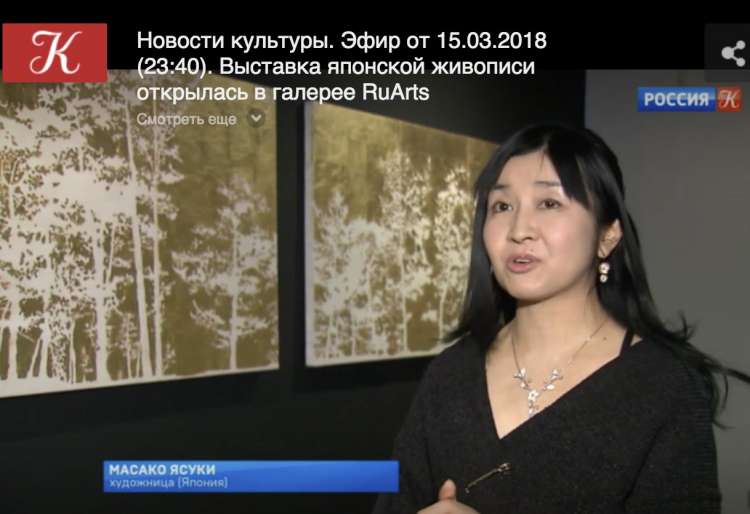 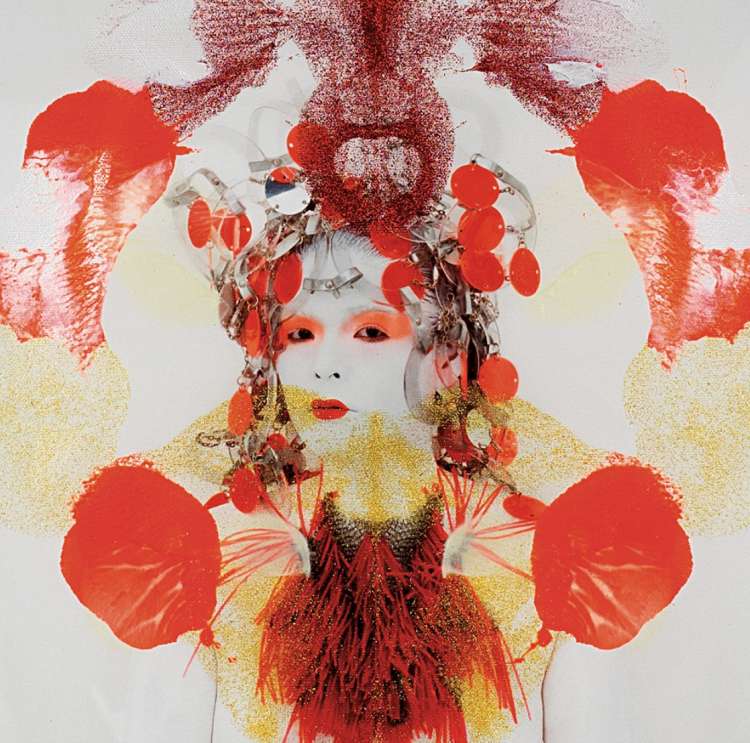 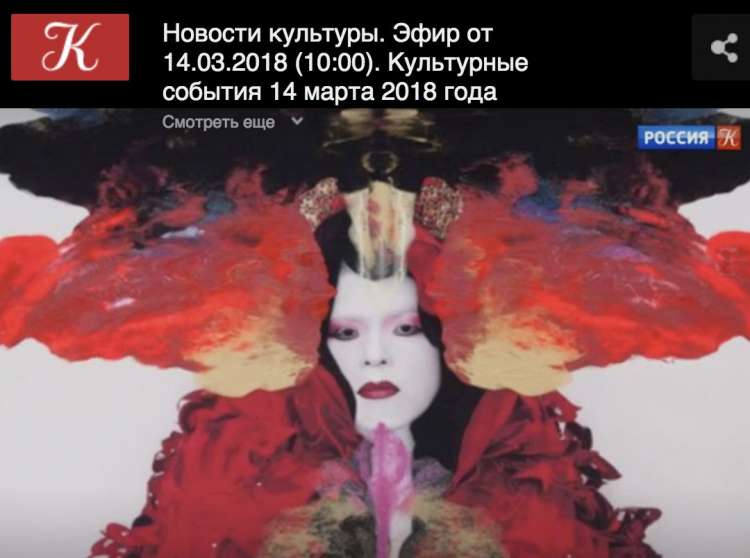