RU
Mikhail Rozanov, Alexey Guintovt. The Dream
6.02.2020 - 29.03.2020
Within the framework of Photobiennale 2020 parallel program.
From February 6th to March 29th, Ruarts Gallery will host a new exhibition «The Dream», which will present recent works of Mikhail Rozanov and Alexey Guintovt, dedicated to the last great architectural style — Soviet neoclassicism. The exhibition will be a visual reflection on this unfulfilled magnific imperial project.

A new series of works created by a famous Moscow photographer Mikhail Rozanov includes photographs of sculptures that top off the most significant buildings of the capital and usually remain invisible to passers-by: monumental and decorative compositions of Moscow State University, The Russian State Library, Kotelnicheskaya Embankment Building, the Central VDNKh Pavilion, etc. Firm in his pure, geometrical style, Mikhail captures the moment of the encounter of some sporadical accomplished examples of the generally unrealized Soviet dream and an accomplished large-scale urban project embodied in Moscow panoramas.

Architectural utopia is also one of the favourite themes of Alexey Guintovt. In a new series of works performed on gold covered canvases, he depicts grandiose but unrealized projects of the Soviet era: Project of the Palace of Soviets (V. Schuko, V. Gelfreich, 1933), Central Aeroflot Building (D.N. Chechulin, 1934), Architecture on bridges (Y. Chernikhov), Project of the Palace of Soviets (B.M. Iofan, 1933), showing such Moscow that it never became.

Soviet neoclassicism, with all its pomp and grandeur, was not just an architectural style, but the embodiment of the image of the new world. Inheriting the traditions of Greek, Roman and Renaissance architecture, freely operating with elements of The Empire style and Art Deco, it would have been to incorporate the best examples of architectural world heritage and to become a symbol of an ideal future. As architecture historian Vadim Bass wrote about it: “Buildings exist simultaneously in two guises: as material, completely utilitarian reality and as a promise. As an essay on an ideal future inhabited by ideal people-functions similar to sculptures of pioneers and scientists at metro stations.” Both Mikhail Rozanov and Alexey Guintovt meditate on this promise, on this unfulfilled dream capturing in their own manner and technique the invisible examples of the imperial Soviet style.

According to the authors, the works presented at the exhibition deliberately do not include any ethical dimension, they conduct only an aesthetic mission - to demonstrate and celebrate the beauty of the last great style of the Russian capital and the grandeur of a colossal architectural idea.

Mikhail Rozanov is a Russian photographer working predominantly with black-and-white images. His works are characterized by extreme minimalism, academic rigor and purity, while architectural and natural landscapes represent his main subjects.
Mikhail Rozanov was born on July 15, 1973 in Moscow. After studying at the Faculty of History in Moscow State University he joined the circle of artists of the New Academy led by Timur Novikov in St. Petersburg, where he was formed as an artist.
Since 1995, Mikhail Rozanov’s works have been regularly exhibited in Russia and abroad. The photographer takes part in various bienniales and art fairs. His works are included in the collections of The Pushkin State Museum of Fine Arts, The State Russian Museum, the Tsarskoe Selo State Museum and Heritage Site, the Museum of Moscow, the VDNH Collection, the Multimedia Art Museum, the Museum of New Academy of Fine Arts, the State Museum of Architecture, the Museum and Exhibition Centre ROSPHOTO, The Saint Petersburg Academy of Arts as well as in many private collections.
In 2010, Mikhail Rozanov launched his own creative workshop at the British Higher School of Design at the Faculty of Photography and teached there for the next 6 years.

The author’s creative method consists in his attempts to discover the sublime in everyday life, which would help the viewer to disengage from material objects in order to perceive the usual forms of the world as images of pure sensations. Rozanov’s creativity is characterized by the laconicism of expressive means, and each of the works carries a certain sensual intonation: serenity or dynamics, lightness or heaviness, tenderness or determination. At the same time, the author does not distort the reality, but only puts into effect the objective mechanisms of perception with the help of the specific angle and ideally accurate, geometrically verified composition.

Alexey Guintovt is a Russian artist, member of the International Eurasian Movement and winner of the Kandinsky Prize 2008 in the nomination Project of the Year.
Alexey Guintovt was born in 1965 in Moscow. After graduating from the Moscow School of Architecture and Civil Engineering, he continued his studies at the faculty of Architecture of Residential and Public Buildings at the Moscow Architectural Institute (State Academy), while independently studying the history of art and discovering various modernist art practices. Between 1988 and 1990, Guintovt also studied at The Studio of Individual Directing (MIR-1) of Boris Yukhananov, where he worked a lot with video and multimedia techniques.
Since 1987, he has begun to exhibit his work as part of group shows. In 1991 he organized the first of a series of joint projects with Kirill Preobrazhenskiy. In subsequent years, Alexey Guintovt’s works are regularly exhibited in Moscow and St. Petersburg galleries, as well as in several western countries. Moreover, the artist regularly participates in contemporary art biennales and international art fairs. He is also the organizer of various actions and performances, as well as the curator of different artistic projects.
The artist’s works are included in the collections of the State Tretyakov Gallery, the Moscow Multimedia Art Museum, the State Russian Museum, the Museum Of The New Academy Of Fine Arts, New Museum of Modern Art, The Ekaterina Cultural Foundation, Moscow Museum of Modern Art, NCCA, the Sergey Kuryokhin Center for Modern Art, as well as in private collection.

Mikhail Rozanov expresses gratitude for the organization of shooting to the Museum of Moscow and personally to Alina Fedorovich, as well as to Alina Saprykina.
MORELESS SHARE
Works Выставка Press
Works
EXHIBITION 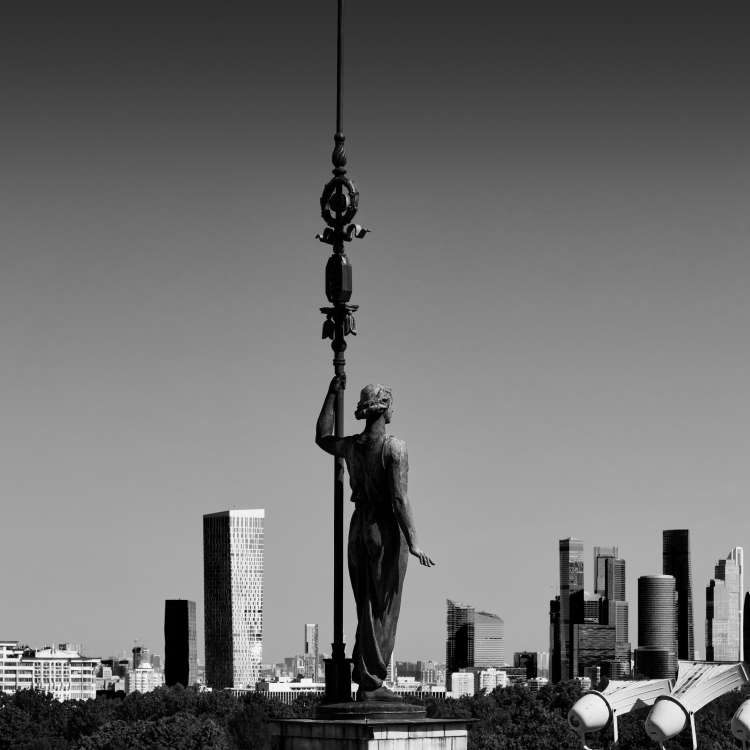 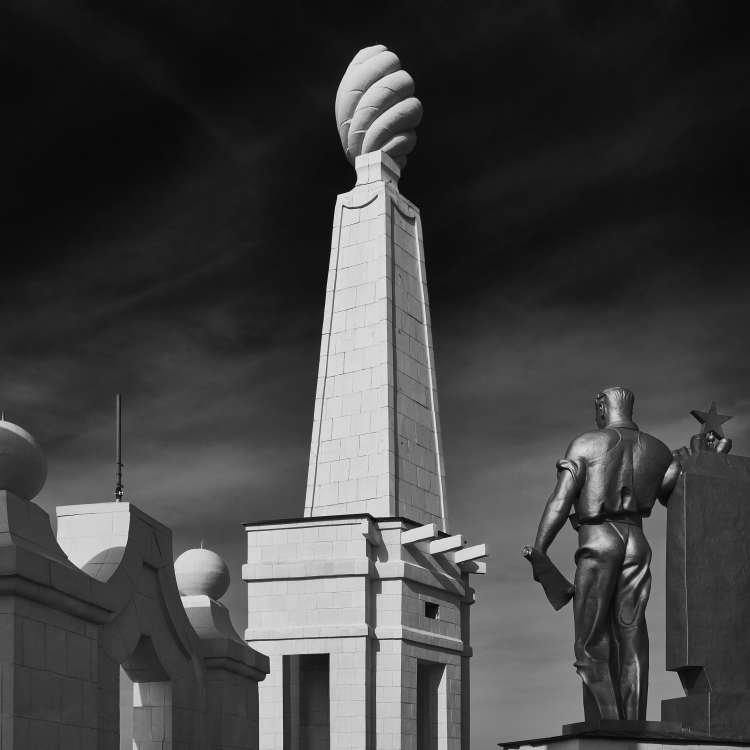 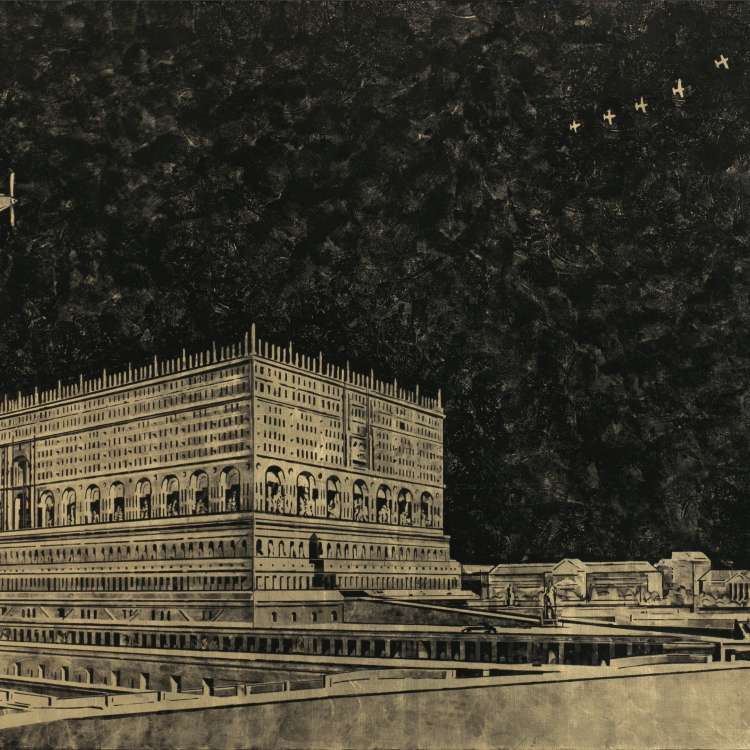 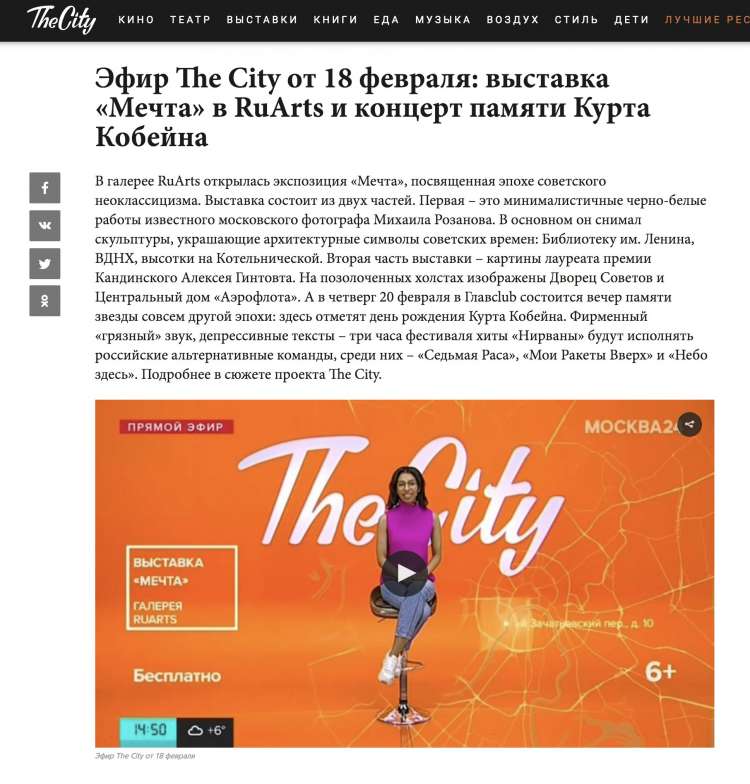 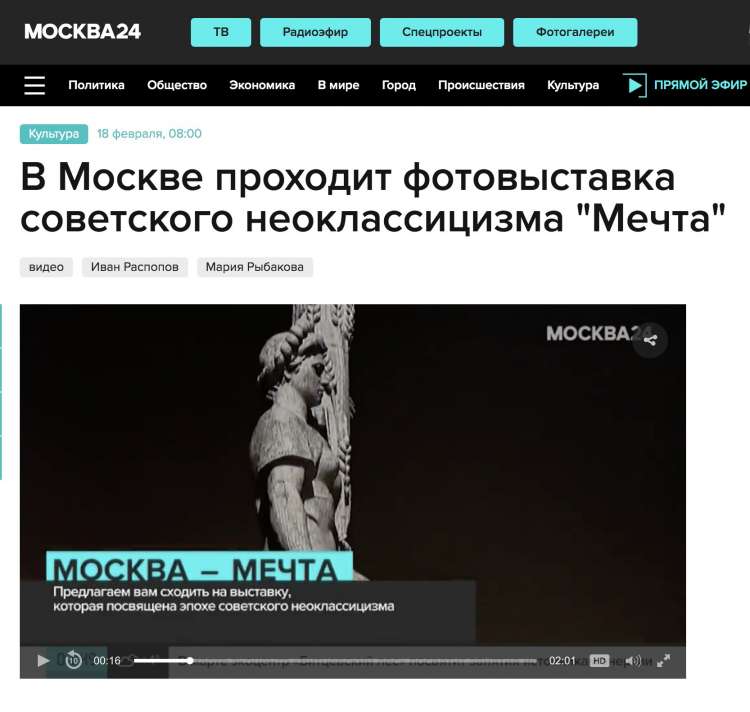 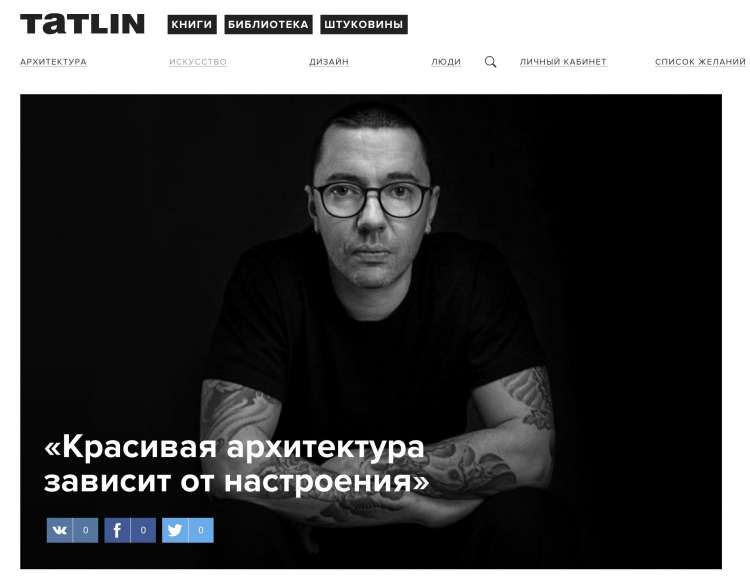 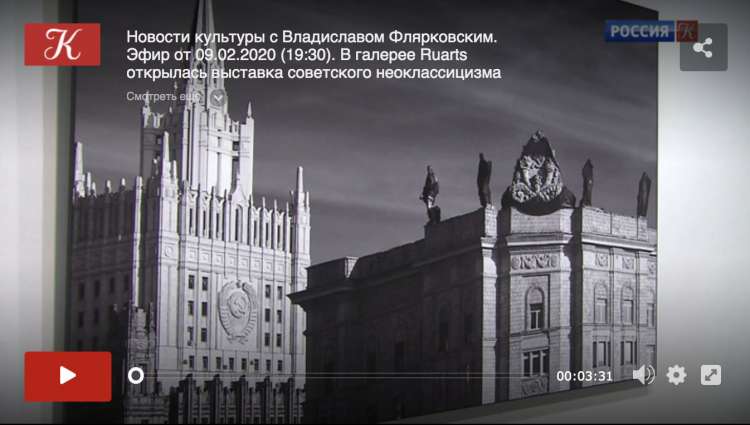 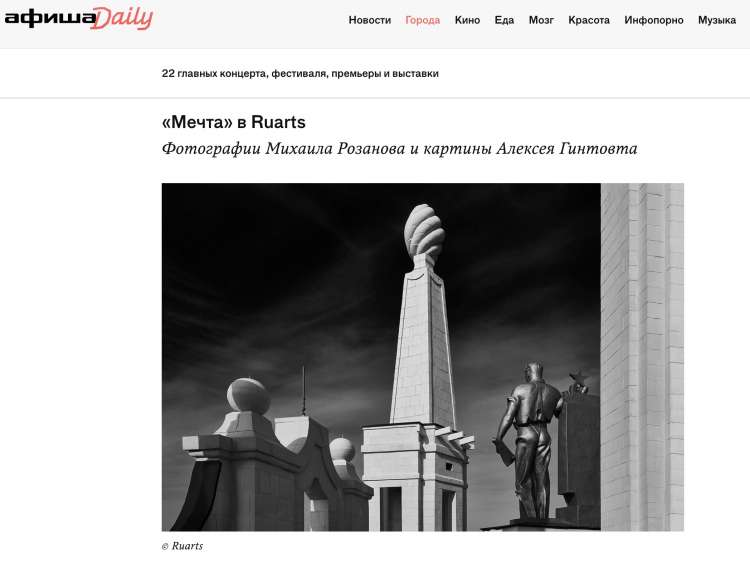 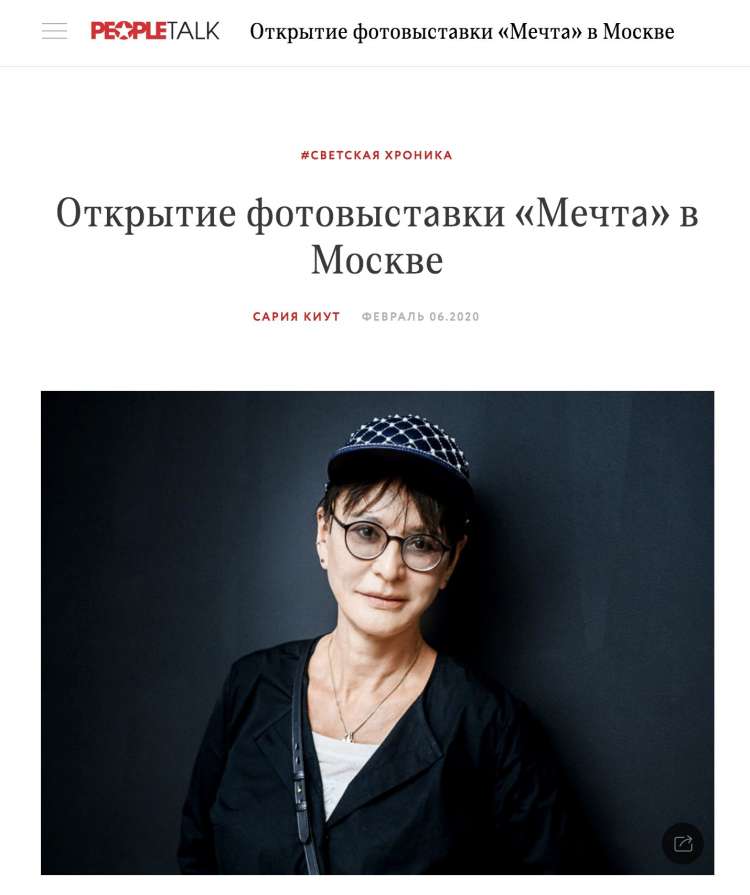 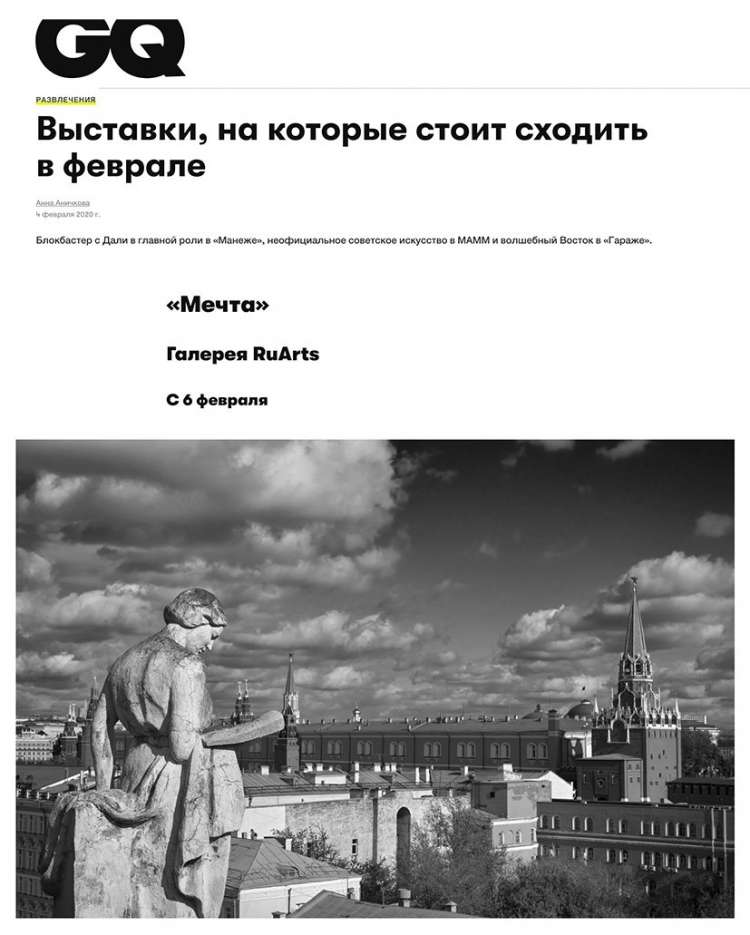 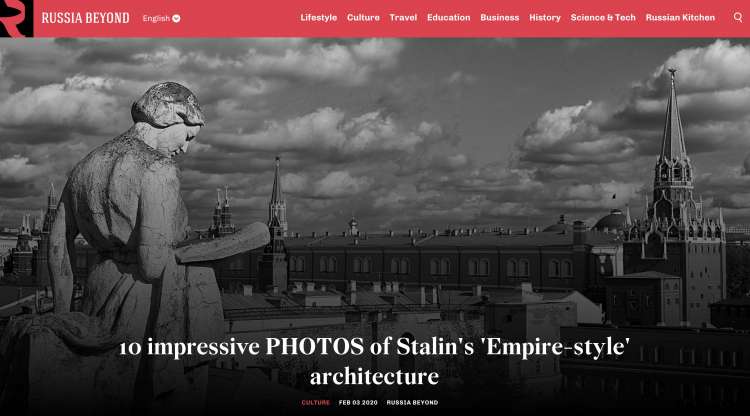 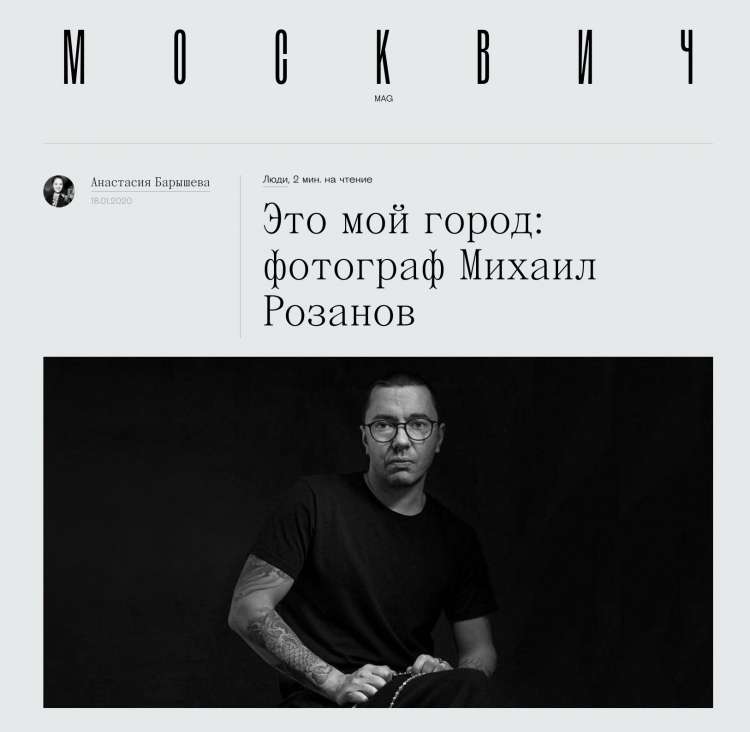