RU
Baggage
9.06.2021 - 25.07.2021
"Baggage" is the first exhibition featuring Ivan Ninety as a painter documenting his own street works. Many of them are located in the artist's hometown of Protvino and its surroundings. The new exhibition presents an important milestone in the artist's practice and personal memories and conveys the idea of impermanence not only of the image captured in memory, but also of the physical object itself.

Suitcases by Ivan Ninety with his famous street works recreated in painting, a sort of time capsule, are the author's personal “baggage”, which is an allusion to his background and experience. Heavy, of various shapes, they contain images from the past. The artist works in a dim monochromatic colour palette, "the colour of the past time", creating the effect of dustiness. It looks as if Ivan put the suitcases through the airport introscope, allowing the viewer to become a witness of the X-ray screening of his personal belongings.

"I decided to look back to what I had created, to draw a conclusion. It is a cross-section between the past, present, and future. By the past I mean those works that have been lost forever and will remain as a memory. The present is those works that still exist, but are gradually destroyed. And the future – sketches and their visualization on spots, my ideas and future plans".

The effect of an altered reality is enhanced by an original artistic device – Ivan Ninety places paintings in objects found on the street: wooden window frames, plywood boxes from old nightstands and fragments of cabinets, focusing on the time that has passed, on an object that no longer exists. These works fully reveal the theme that runs through all his art – the recreation and conscious transformation of destroyed elements.

The series "Postcards from Montenegro" was produced in 2020 before the first lockdown and became the result of his thoughts relating to water and movement in general.

The artist used recursion as the main method for the entire exhibition in the "Self-portrait with Mr. Sunflower '' (2019). The multi-dimensional image is visually arresting: a picture inside another picture, a plot inside another plot. The author sits opposite himself in the portrait and is engaged in a silent dialogue about the act of creativity.

Working on the street, the artist is fully aware that his work will be destroyed by
nature or human activity. From a philosophical point of view, the fragile materiality of wall assemblages and morals turns out to be akin to a human evanescence. The documentation of disappearing works is a way of preserving the memory of these works and the opportunity of transferring street works to the gallery space. Ivan is interested in the vibrating echo of the memory, in the invisible thread connecting the past and the present, trying to speak about himself in the first person.

Ivan Ninety was born in 1990 in Protvino, Moscow region. He has a degree in software engineering and graphic design. In 2007, Ivan Ninety began his graffiti career, simultaneously developing his passion for film photography. He was featured in the group exhibition of street art “Wall Elements” in the Manege Central Exhibition Hall (St. Petersburg, 2018) as well as the II and III Biennale of Street Art "ARTMOSPHERE" (2016, 2018). The artist's solo exhibition "The Death of Flowers" was held at the Ruarts Gallery in 2018. Artworks created by Ivan often take the form of multi-layered paintings combined with other media sources. In addition to murals, the artist creates collages and assemblages from found pieces, including wood as well as other materials. He is good at illustration and film photography and publishes his own magazines (referred to as zines). 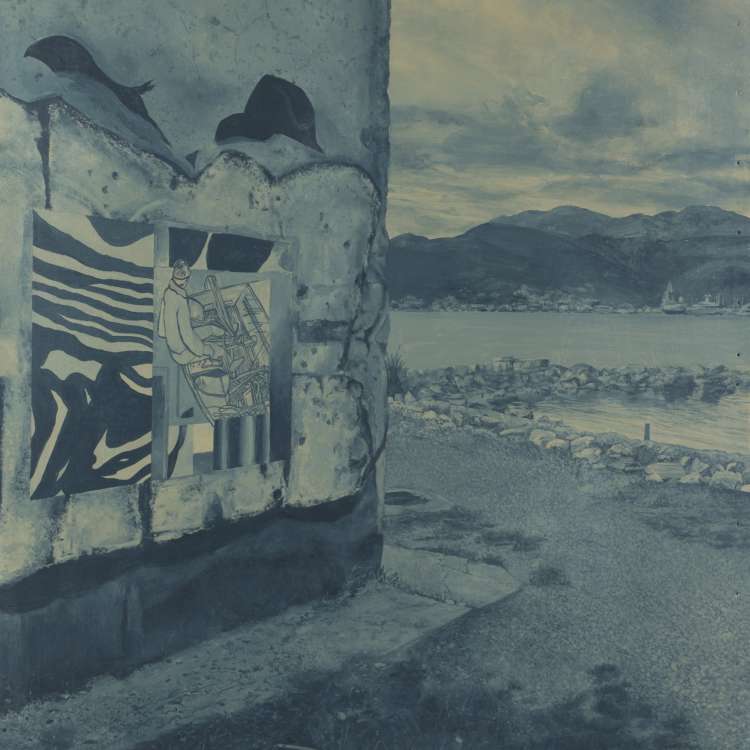 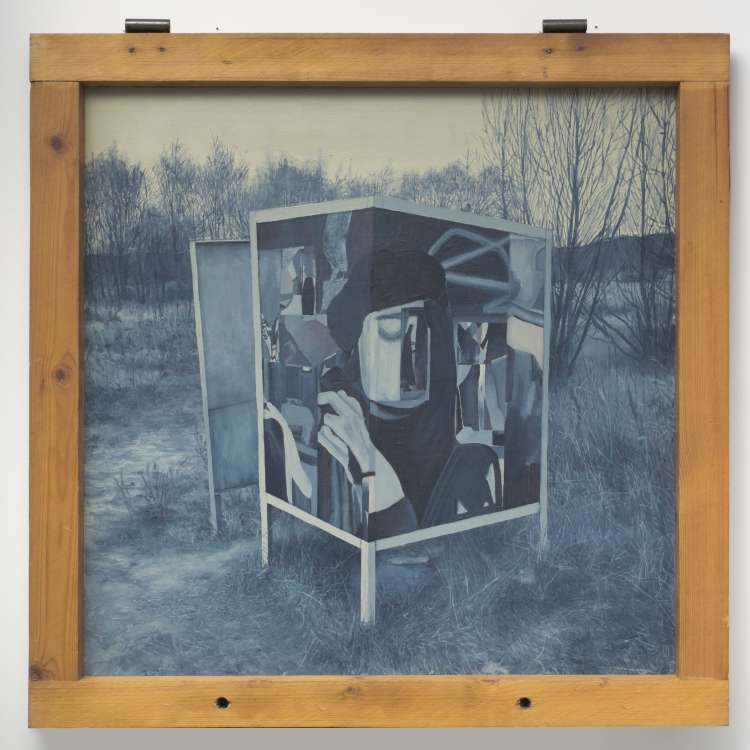 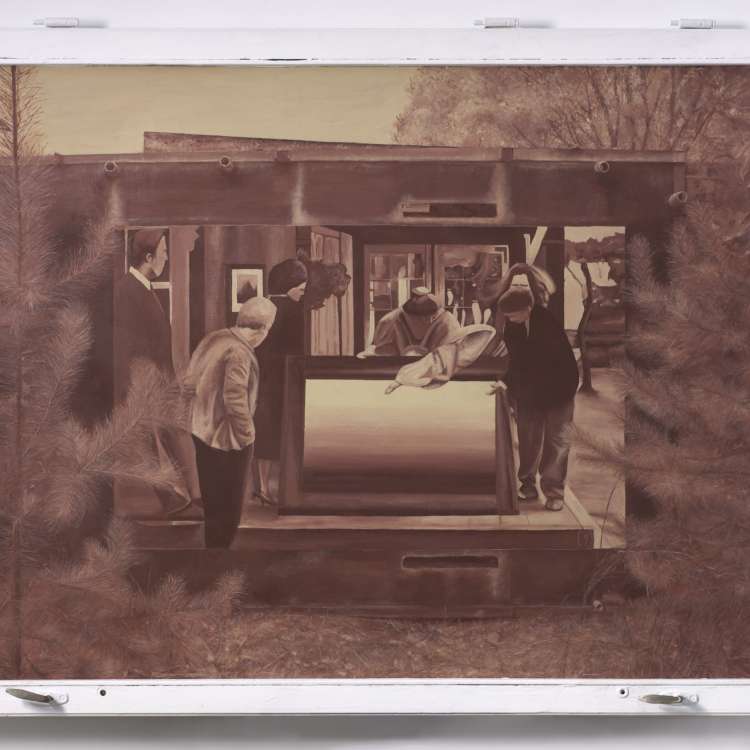 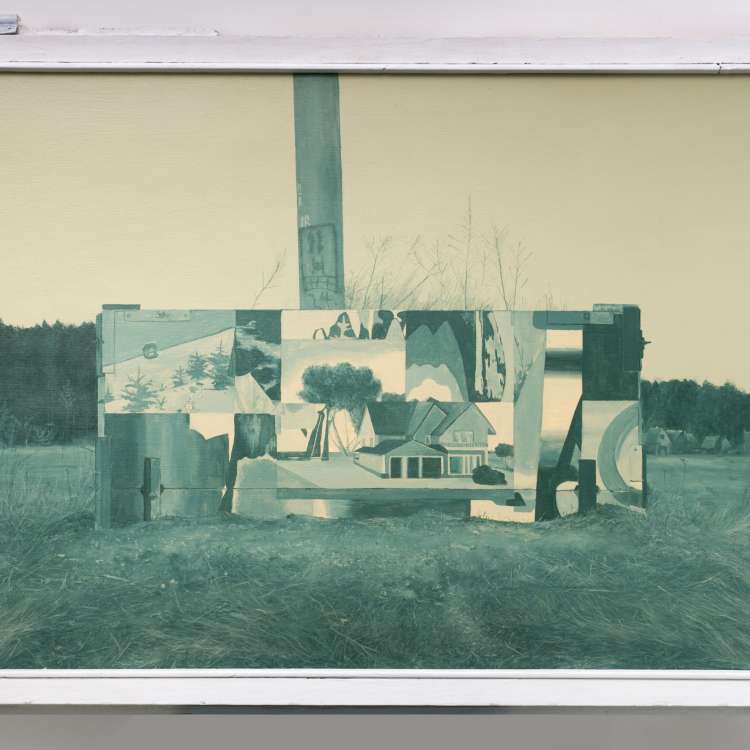 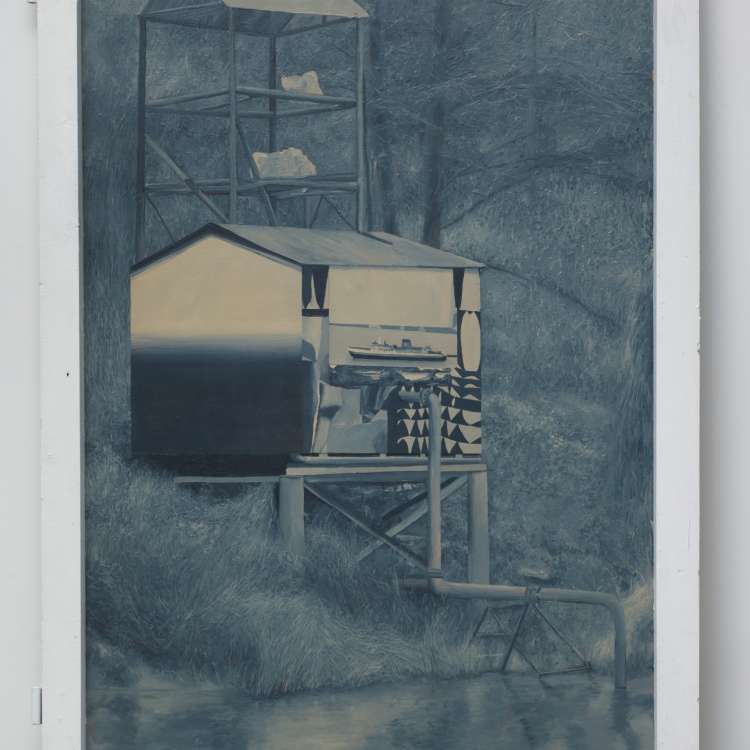 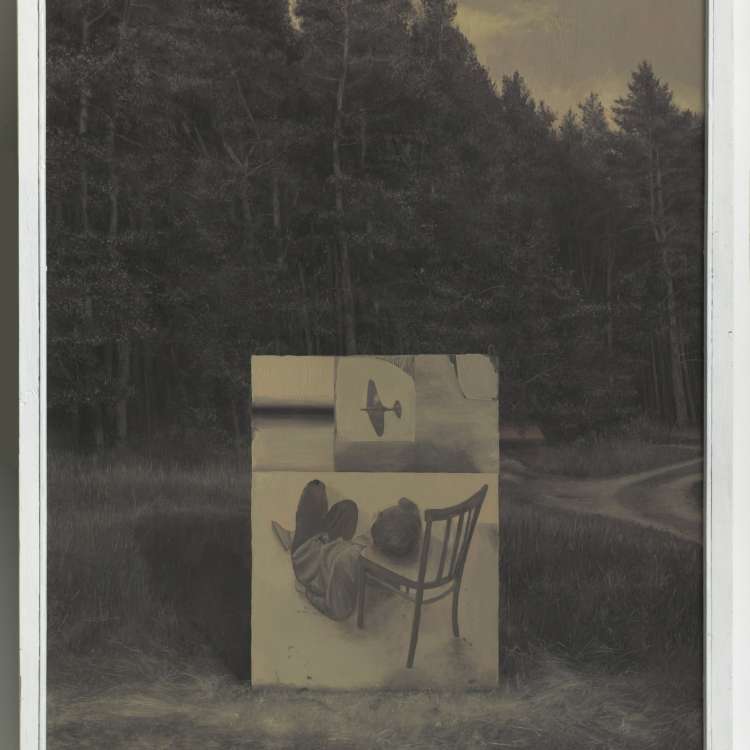 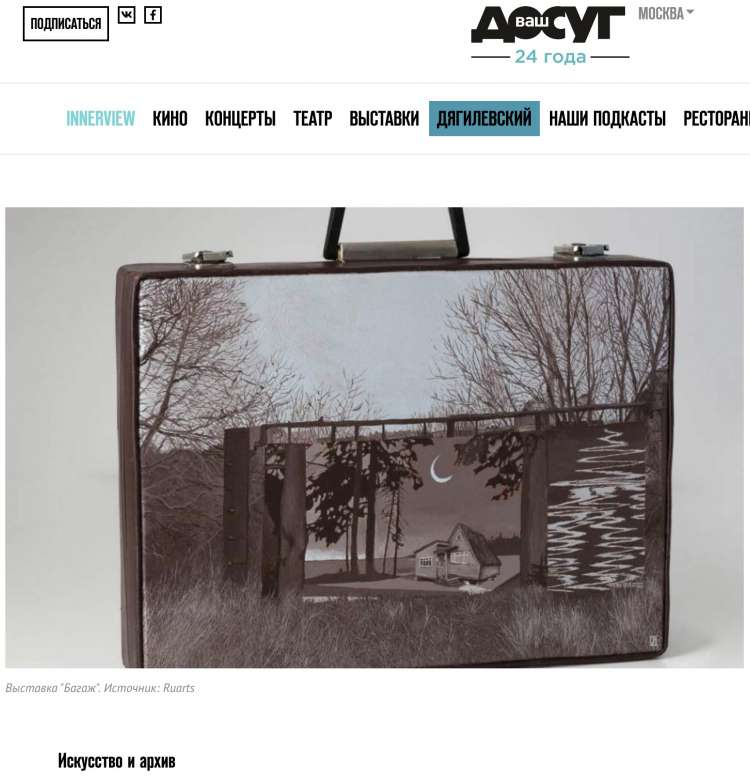 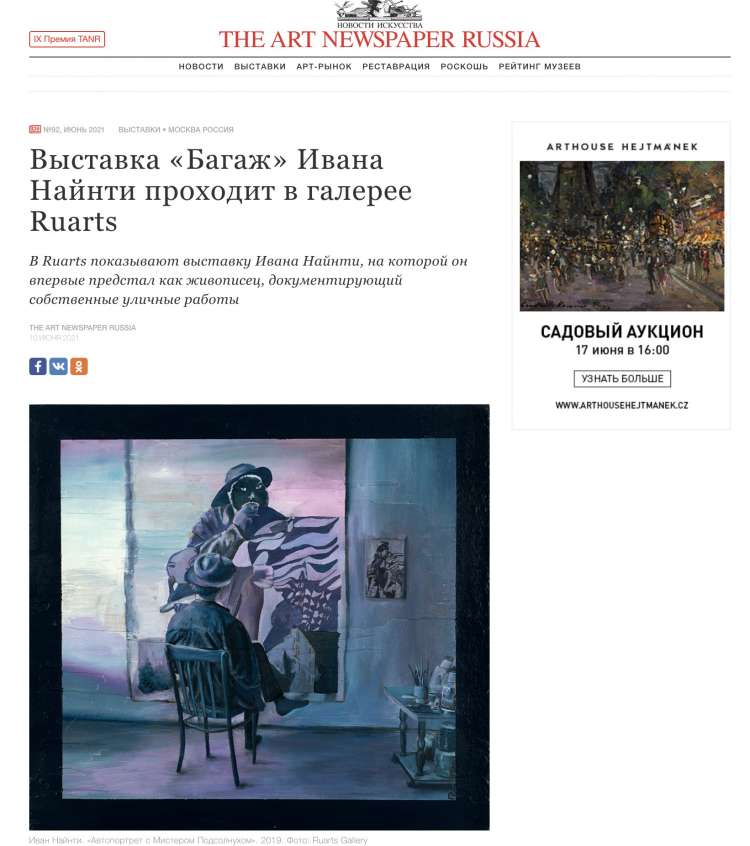