RU
THE WALL
3.02.2016 - 2.04.2016
On the 3rd of February Ruarts Gallery of contemporary art presents new solo project of a Moscow-based artist Semeon Agroskin.
Semeon Agroskin manages to combine academic painting that never seems obsolete, with a topical sharp concept, which is on closer inspection not defined by the category of time. The new series of works "The Wall" is dedicated to the subjects of the Soviet monumental propaganda, to the people and times that are hiding behind them.

"I always thought that the phenomenon of revolutionaries is not completely examined" - Semeon starts without waiting for leading questions. We are talking in the artist's studio, where gray heroic figures lined up around us, looking severely from canvases. "In my works I try to explore not the history, but power of these people. I'm interested in their vitality and ability to stay afloat and their total originality; the source of this energy is not completely comprehended", he takes a brief pause. "It’s not completely comprehended by me as well, of course, so I tried to look at them through the prism of Soviet monumental propaganda. This is a splendid material for the artist; a huge slice that glorifies and turns revolutionary leaders into idols still remains. These mass-production, often horrible sculptures keep alive the spirit of that time".

I cannot contain myself and I remind that there were also outstanding artworks, and changes in society gave a start to the all domestic art. "As an order, it provided an opportunity to earn crust for large number of people" – fend off the artist. "Piece-goods existed at all times. Prominent sculptors gave "headliner" image, which was replicated then. Thousands of sculptures reproduced types of revolutionary time: commander, leader, Red Army soldier, intellectual, pilot, and all this against the backdrop of repression and thousands of deaths". I pay attention to the image of the bust with medals on its chest and a bag on the head; the sculpture trick – an unfinished work is covered with a wet sack so the clay is not getting too dry. "At the same time all changed hastily. If someone of the newly-made idols fell into disgrace, all mentions of him were erased, and his sculpture image could literally lose its head, and get another, with the features of the new socialist hero".

The conversation turned to a hidden meaning of the word Wall, the project originally was called Comrades, but later the project was renamed. "The Kremlin and its walls - are coded signs of the scene in consciousness of people. They are entrenched in our minds as signs of Soviet power. But at the same time it is a wall of faceless monuments that separates us from the big world".

I am interested to know, if it is possible in this case to consider the artworks with the image of the Spasskaya Tower and The Kremlin wall as a keynote in this series? Semeon evades answering the question, arguing that artist does not decide which work is destined to become a leading one, but at the same time he gets a mysterious canvas stretched on a frame, and turns it toward me. "Pointing hand" against the background of a cloudy sky shows a sign that is easily read, even by those people who were destined to be born after the collapse of the Soviet Union. The gesture, which is containing hope and confidence at the same time. "My aim is to sense the energy of these leaders, to understand how they "stood" for so long, and how they lived. In addition, it is a highly relevant topic nowadays, in my opinion. As an artist, I’m intuitively looking from a sharp, dramatic decision. Hand that shows us a bright future - is absolutely symbolic Lenin’s gesture, which has been widely replicated. This hand is a symbol of the future".

Gradually we are moving to the discussion of propaganda art as a phenomenon that is not unfamiliar to other cultures. "Germany in the first half of the XX century also had a weakness for monumental art. Another scene, but similar energy. Fictional people, fictional country, but even so it is very talented, energetic, enduring. Therefore artists were involved, it was a huge expensive performance", sums up the artist and then adds, "I would like these thoughts flash somehow, because press releases are usually ... uninteresting, I usually read them to the middle". 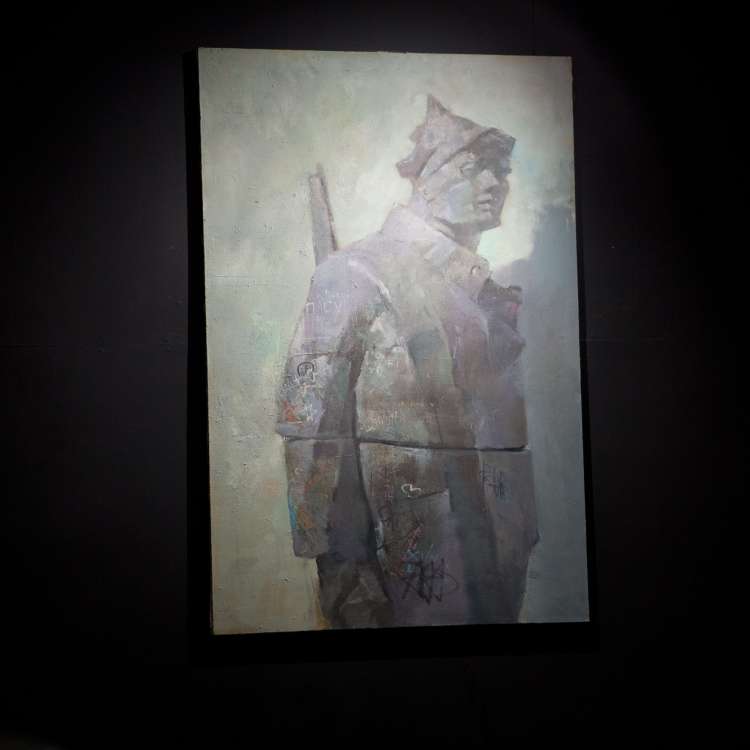 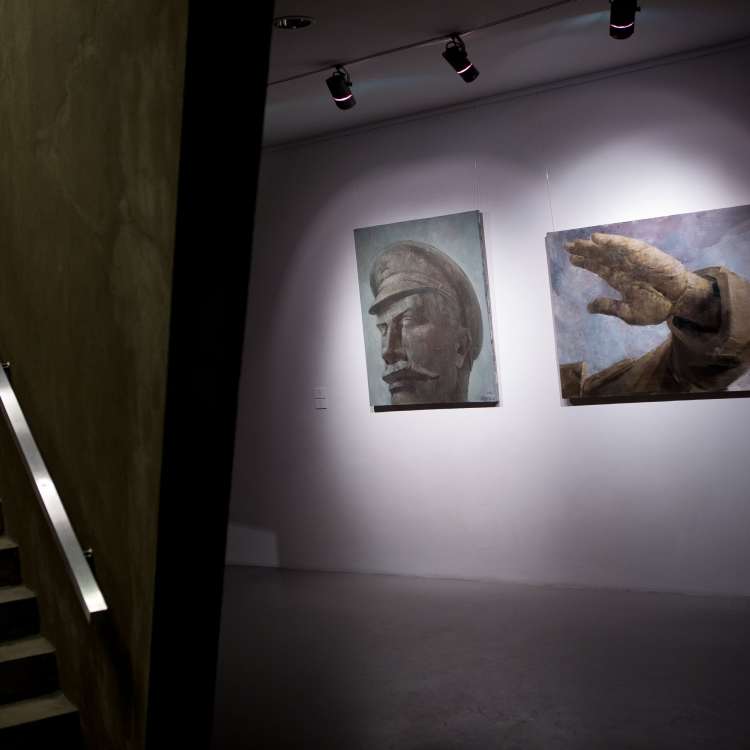 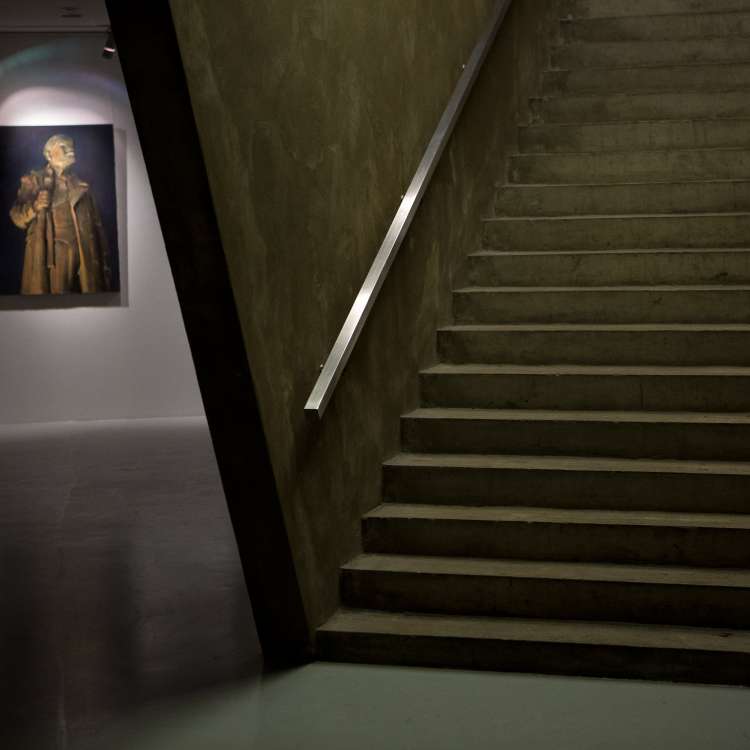 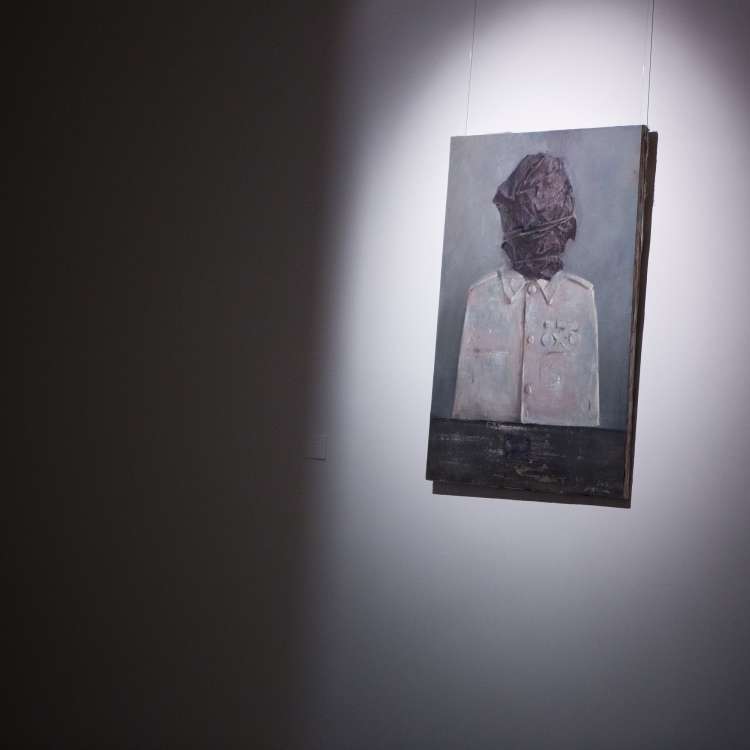 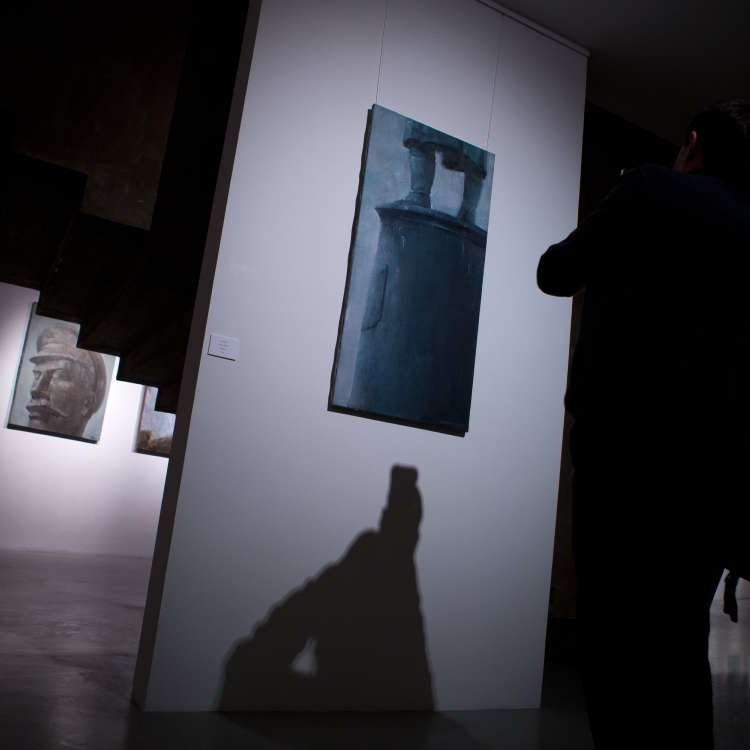 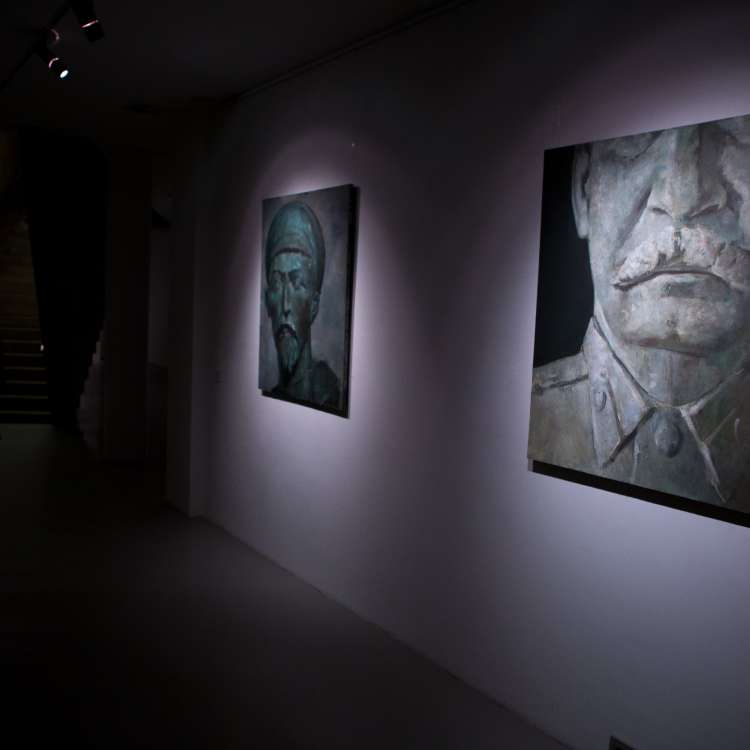 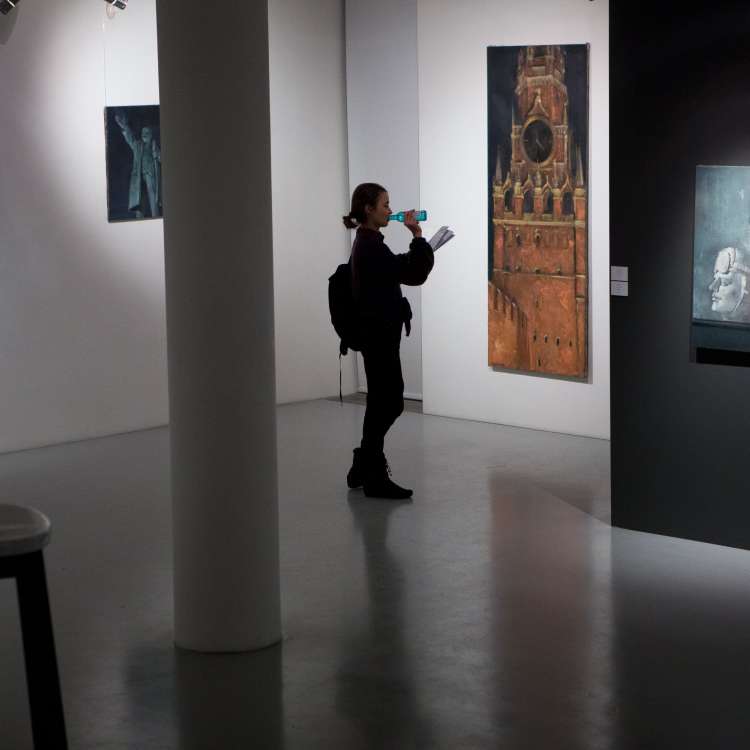 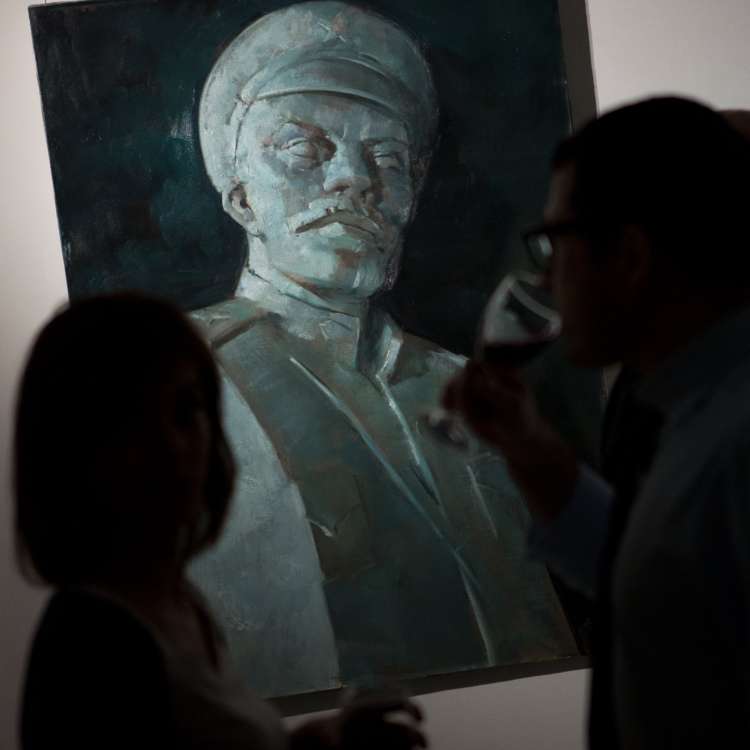