RU
RECONSTRUCTION
16.05.2013 - 22.06.2013
Agroskin Semeon
On the 15 of May Ruarts Gallery presents a new solo exhibition by Semeon Agroskin with the support of concierge service Quintessentially and Sky One digital urban tv.

The works in the exhibition "Reconstruction" are replications of the paintings that have been lost for some reason. Something was lost, something was painted over and the most part burnt out in Moscow Manege memorable fire in 2004. According to the surviving pictures, on exactly the same size stretchers as the original ones, Agroskin paints the same scenes. It is interesting to witness how composition acquires new features a few years later. Plates and dishes appear on an empty table, lighting and revetment shifts in the underground, belongings are replaced in the corridor and the face is aging on self-portrait. But the subject itself is permanent. "Bench" which was originally painted in 2001 wasn't changed in 2013, there's nothing to add. The consistency of the subject and its undraped true body, through which power the thing is gazing on us, the reality without makeup - these are the constants Semeon Agroskin's paintings are based on. It easily pushes aside reproaches for the "archaism of a medium", which are popular now and, perhaps, his paintings are even too modern in its sincerity. The characteristic features of the Agroskin's paintings -grey and brown palette, almost musical minimalism, emphasized attention to a flea-routine. Commonness is not equal to banality: a simple nature of Agroskin is independent, individual. Its integrity is covered with deliberately understated plastic solution. The Agroskin's palette distinguishes only evening colours. Grey bodies are infused into the wall, which is sparsely decorated with a brown smear. An infinite Potemkin's staircase leads to the unknown distance, which is compressed by converging walls.
The Agroskin's interior is secluded, without any distinguishing marks. The characters are enclosed into a grey cube, which boundaries are often indicated only by black door's hole. The most striking feature of Agroskin's extremely concrete space is an angle. The angle opposes light-and-dark modulation of a grey surface and takes on the function of volume transmission. The planes that limit the box's interior converge in this disembodied line.
When Agroskin draws an urban landscape, the linear perspective is cut off at the corner of the facade. The buildings are suspended in the dense air mass, in a tangible nothingness, where there is neither heaven nor earth. The nothingness gapes in the window's holes. It seems that the facades and staircases only decorate the approaches to the monumental Black Square.
It is difficult to doubt the fact that the paintings of Semeon Agroskin are, to a certain extent, a 'true reflection of reality'. Night, street, lamp, five-storey building is a concentrated imaginative system of urban landscapes from the Night series. Agroskin is focusing on the object, material and natural sensation.
All of the objects in the Agroskin's paintings lack the attractiveness gloss, the charm of novelty. The subject which is not being used, does not possess the selfness, it is only an application for life. Agroskin paints the idea of an object, throwing off an advertising wrapper. Only "simple things", as one of his series is entitled, is a strict seizure of indispensable and sufficient objective world. Agroskin impassively reduces excess, leaving only essential things to the vision. This severe inventory of ordinary life, without reality beyond, is subjected to the eternal storage.
MORELESS SHARE
Выставка
EXHIBITION 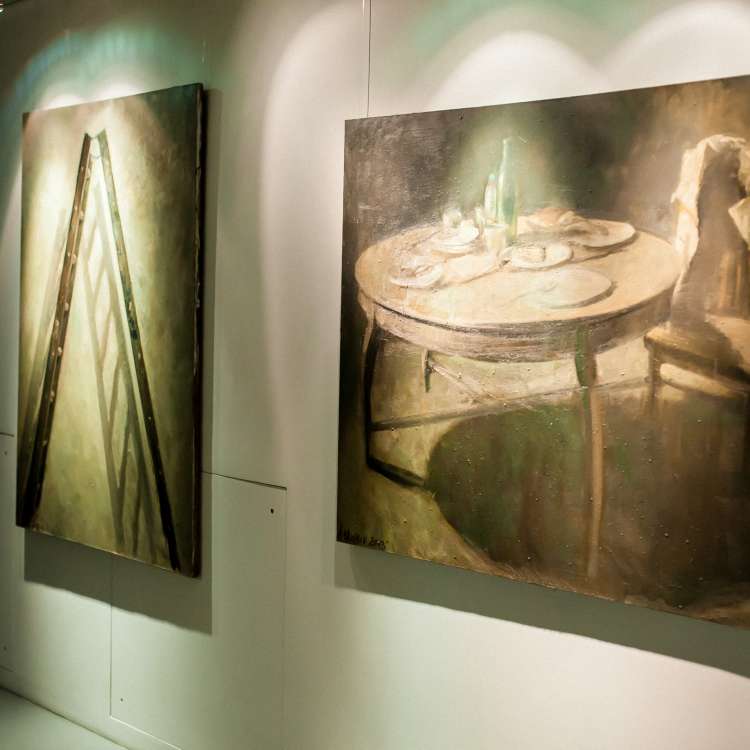 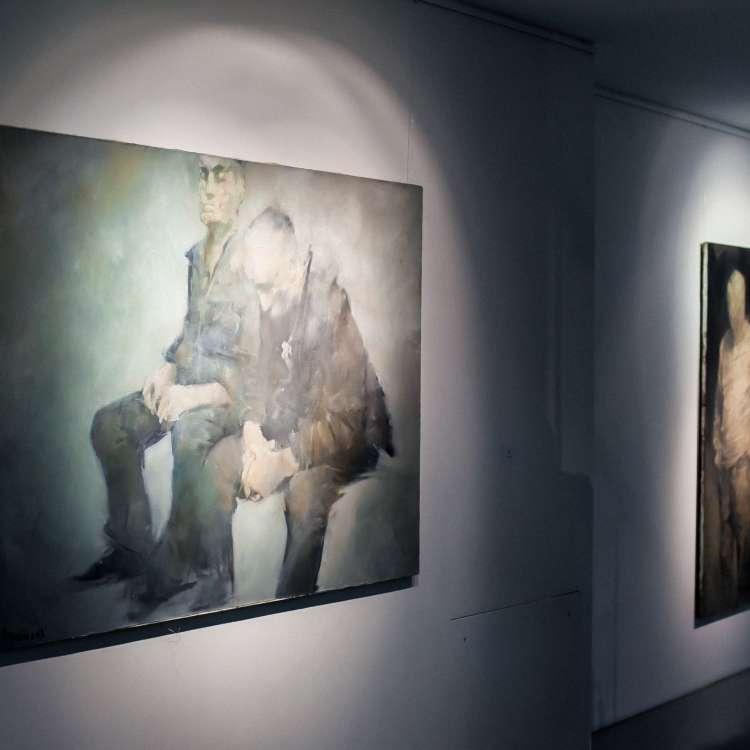 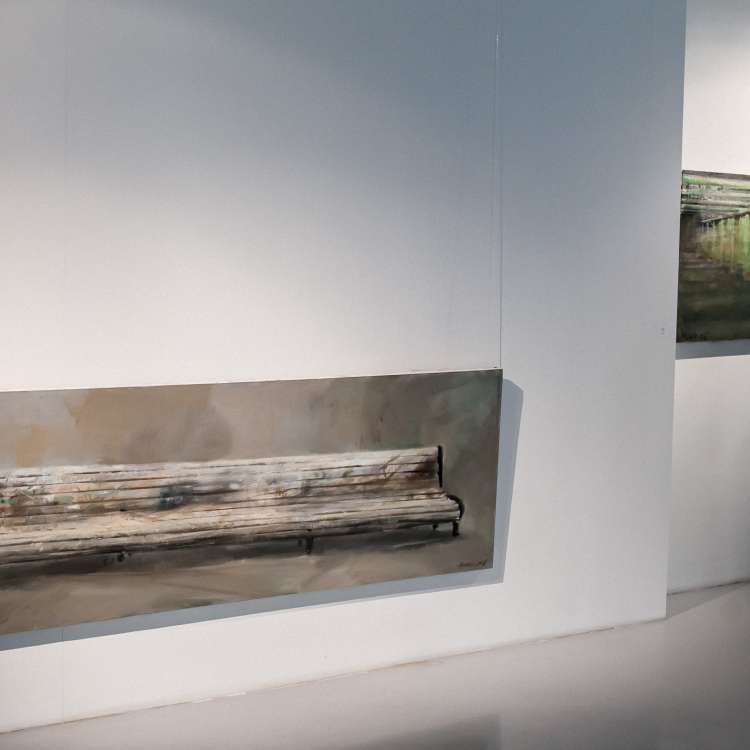