RU
Swim & dream
2.02.2017 - 25.02.2017
Aidyn Zeinalov - the sculptor of a new generation, who combines academic skills and compositional surveys in his works, which are based not on a random combination of different elements, but elaboration of its own plastic language in a postmodern way.

Method questions of sculpture production, its place in the system of art and its perception are put on throughout the twentieth century, most sharply since 1960s. This kind of art has undergone significant transformation: from the abolition of traditional ways to create a form to minimalism; from post minimalism and anti-sculptural practices to commercial projects, and artists continue to search for new ways to express their thoughts in the material. Therefore, any demonstration and discussions of contemporary sculpture are potentially conflicting, but it is important to understand that when it comes to the transformation of the form, it is a sculpture that can serve as a good example of the changes of themes, methods and places of an artwork in the visual environment.

The usual understanding of sculpture as a time-consuming, expensive production, working more with plastic forms, rather than with spectacular ones, by now almost completely dismantled, and it is possible that today's interest in these forms will make it possible to create new plastic languages, or to submit something new in an established visual system.

Aidyn Zeinalov develops his language, referring primarily to the plastic of the human body, especially the female body. The author pays special attention to the thoroughness of execution of the
body position, muscle movements, facial expressions. His female characters are not tend to the canonical “model" examples of beauty, this is purely intimate and concrete representation of nature with the individual forms and specific features. In series "On the Shore" we can find Zeinalov appealing to garden sculpture of 1950s, the famous work of Ivan Shadr "Girl with an Oar," but a symbol of nostalgia for the classic beauty is presented in active, deliberate posing. It is important to notice, that in this and in other studies we will not find an interest of author to tempered athletic body, on the contrary: the Soviet and sports myths grotesquely transformed in Aidyn Zeinalov’s postmodern game, his swimmers are lazy and static. The authorial way of working with the material is also impressive: pedestals are made in minimalistic way, water and land separated by color and line, highlighting the languid stillness of the girl.

Another work, of a larger format, from the same series, is made in the expressive way, which shows us the human interaction with the water element. There is no feeling of flowing drops, no realistically constructed wet bathing suit, the surface is not perfectly smooth, as in previous works, and there is a feeling that the sea water has become a polyp or coral, which began to accrete woman's body. The contrast of textures and sculptured plastic reveals skills of sculptor: swimmer "enveloped" with water, a combination of patina and polished surface, the contrast of distorted "wooden" chair, swelling from moisture, and highly detailed female hands, which highlights the variety of plastic techniques in the process of creating an emotional image.

Sculpture "Inhale" captures the phase of swimmer’s breath, hardly elusive moment, but Zeinalov explores precisely this complexity. The water here is also not shown as a fluid substance, but as a stormy foam mass. Frozen moment of inspiration, combined with expressive movement of impatient waters creates the illusion of the "frozen moments" and coition of forms - the birth of a person from water, like swimming of bronze in bronze - demonstrates the highest level of post-modern excesses, and the classic expression of the image. The apogee of expression and formal radicality Aidyn Zeinalov obtains in the work "Tube", where the body dissolves in "a bronze water", or it remains as a stub of a torso after a collision with a shark, flowing patina, splashes are everywhere…

The series "On the Shore" completes the set of artifacts, some kind of hyperreality, which presents only in the world of the artist: on one surface there are lion and donkey figures, as well as realistically moulded flippers and swimwear. Not related to each other these items encroach into the water world, changing the view of the spectator, revealing other worlds and ways of perception. "Lion" becomes the main character, representing the fiction pluralism, the irony in regard to classic images. Fancy plastic lion, prefabricated, structural shapes and most importantly - "golden" shine of polished bronze discovers itself in the spirit of Jeff Koons kitsch. It is a conflict between reality and the world of dreams. The work is represented by a set of objects placed nearby accidentally. This is the specificity of Zeinalov’s composite solutions: motivation for the perception of the sculptural group, which combines volumes, different in plastic and nature as one piece. The logic of this decision seems controversial, and probably this is where begins the conversation begins about that spectaculaire world, where everything bends before the wish to possess the object, and a golden lion evokes this desire, but not the swimmer with flippers, simply because of the fact that it has become a kind metasign, which combines the codes of classical, modernist, the Soviet and post-modern art. The sculpture of that kind of size can become a design object, and this is the farce and the game. Perhaps this sculpture should be considered as one of the self-protection methods against total marginalization.


Aidyn Zeinalov was born in Moscow on August 3, 1978.
Member of the Creative Union of Artists of E. Drobitsky, the Moscow Union of Artists, the Russian Union of Artists, Moscow Designers Union. Associate professor of academic drawing in Moscow State Stroganov Academy of Industrial and Applied Arts, Corresponding Member of the Russian Academy of Arts, the candidate of art sciences Institute of Theory and History of Arts Art. He was awarded the gold medal of the Russian Academy of Arts (2001), and the medallion named Aidyn Zeinalov (2016) on the boulevard Giuseppe Verdi, Italy Montecatini Terme. Founder and director of the Foundation for the Support of scientific and educational activities "Institute for Interdisciplinary Research Inter Esse" (2011). The participant of many Russian and international exhibitions, the speaker of Russian and international art conferences. 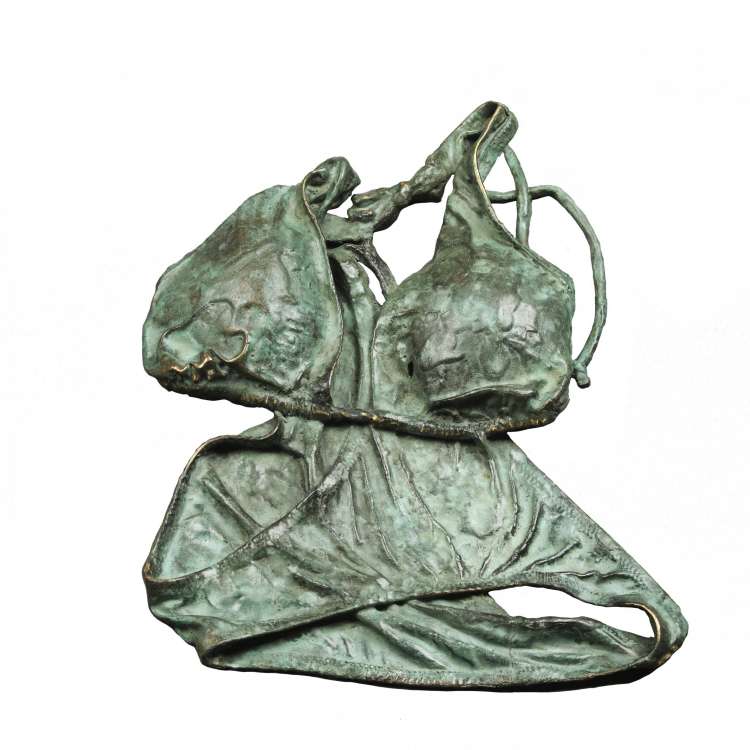 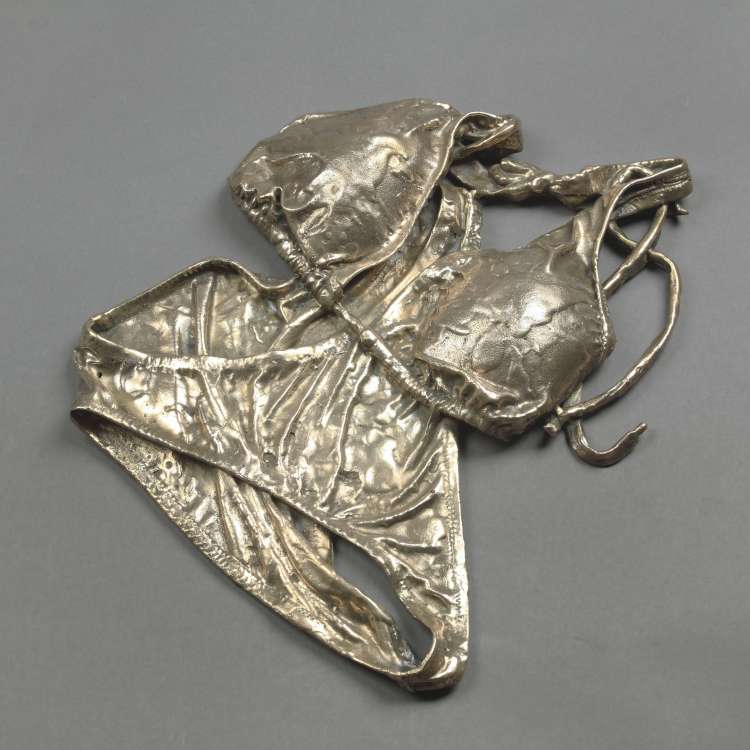 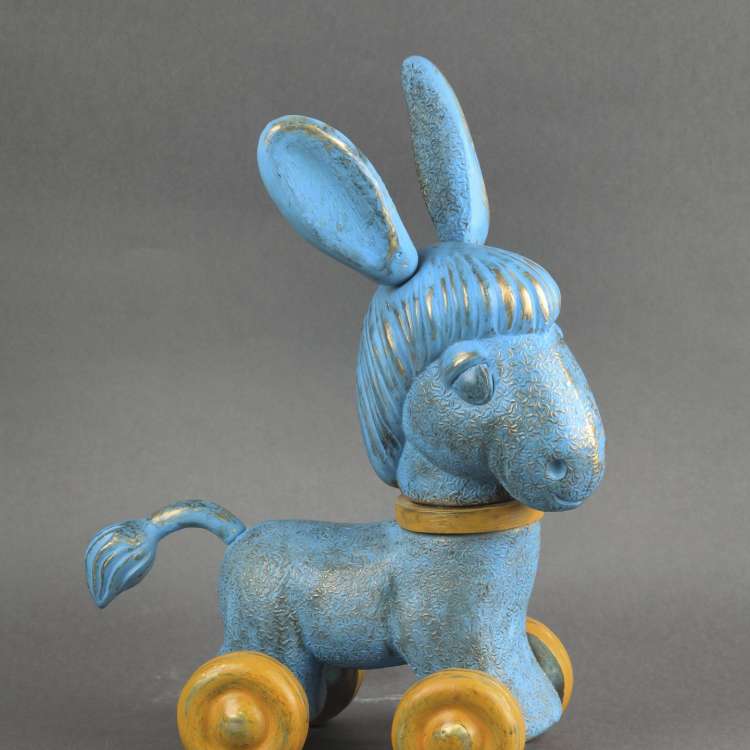 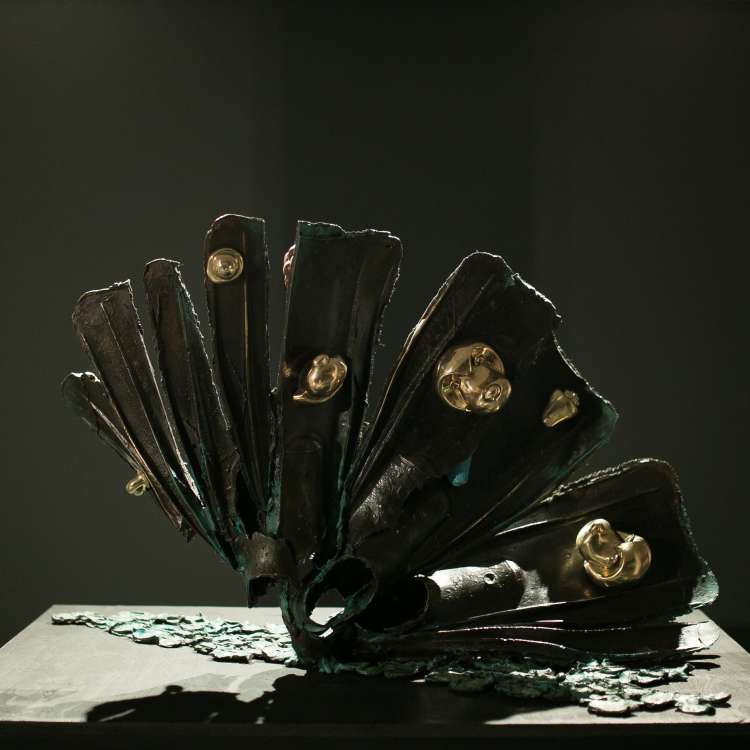 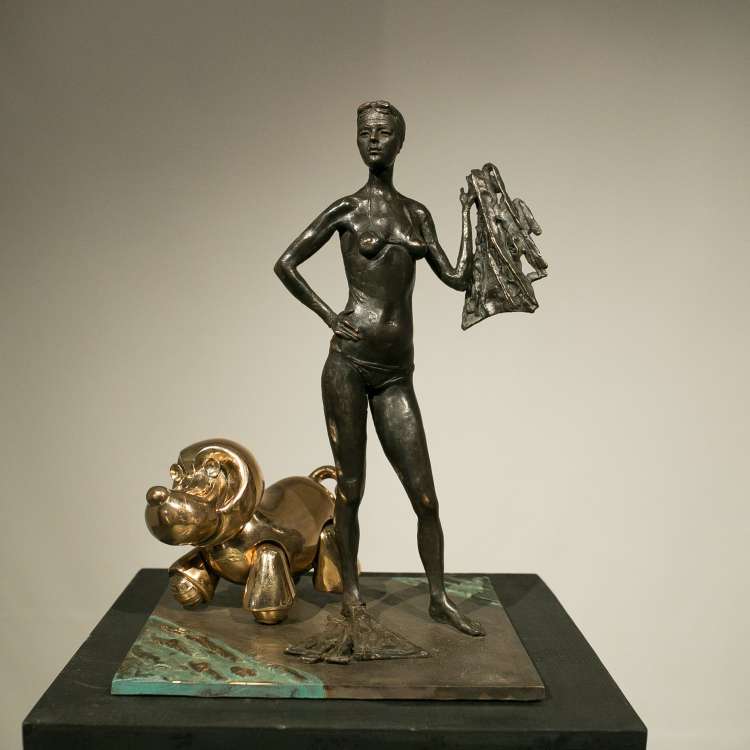 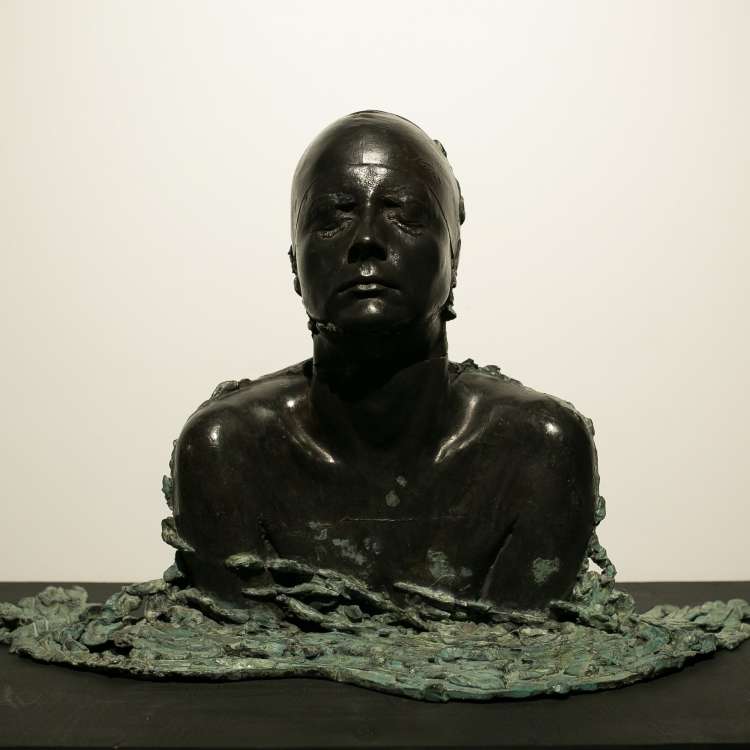 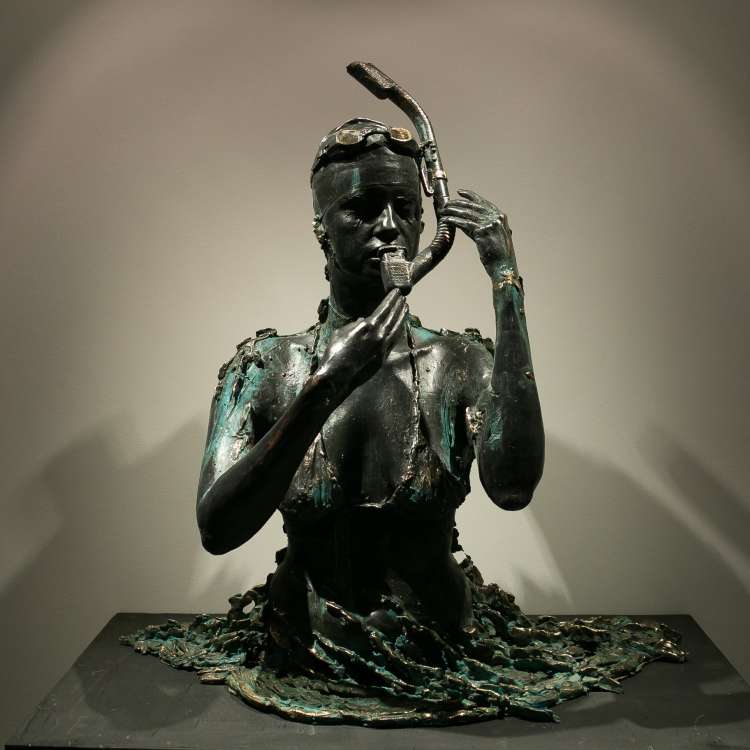 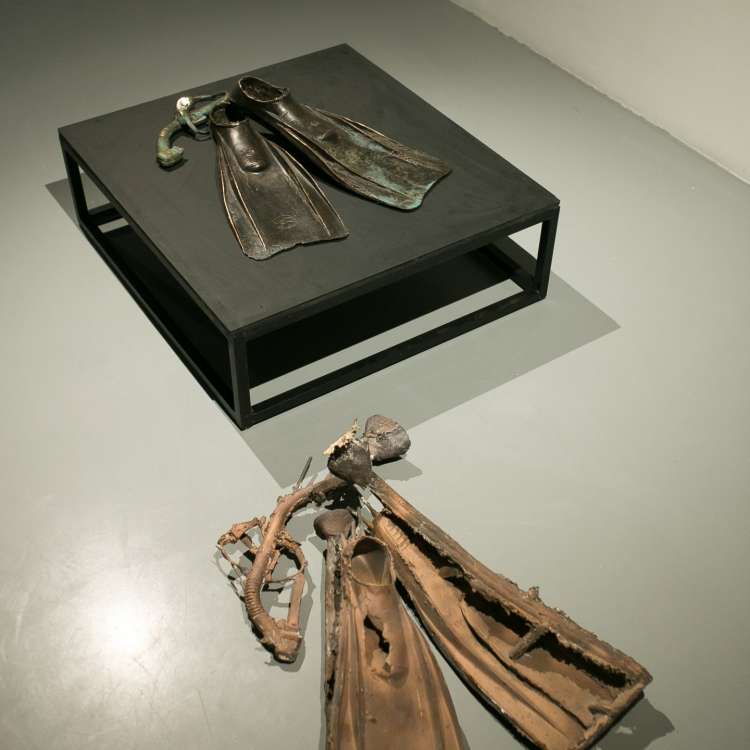