RU
Fragments
7.04.2017 - 13.05.2017
April 7, Ruarts Gallery presents a personal exhibition "Fragments" by Vita Buivid. In the new project, Vita Buivid is moving forward from her fashion-photographs, carving and enlarging random fragments. The figurative basis of the photographic image is transformed into almost abstract painting. The fragment of figurative image of an artwork partially loses its original content and occupies a new dimension.

The idea of fragmentation makes it possible for Buivid to pass easily from photography and installation to painting on canvas. The artist is searching for her own way: "Figurative painting is not for me, neither do I think in the categories of abstract painting". In fact, it is not that this dichotomy does not exist – it is just that from the second half of the twentieth century it lost its poignancy. And Vita has found her own, organic way to convey this. This approach to imagery is the one that is the most technologically and plastically natural to her – though photography still helps. Similar techniques – the enlargement of fragments of a photograph and their transfer to the canvas using paints – had already been used by the hyperrealists, but here there is something completely different. As in her best projects ("How I Spent My Summer", "Nevsky Ave", "Past painted"), Vita creates from the mundane that which is new, exceptional and magnetic.

This long journey is very personal, one might say, hard-earned. It begins with the story about a fragment cut out of one of her early (1984) pictures, which the then husband, a famous Dnipropetrovsk photographer, criticised. She cut out and preserved the only part that "had not been touched" by his criticism, everything else was destroyed – not because it was bad, but rather because it had been tarnished. Namely that fragment of the picture – has it become a picture in its own right? – is not shown at this exhibition. Those years are represented by several small and quite naïve works, but what can be seen in them is features important for her further development – the interest in corporeality, the love for the fragment. At the turn of the 1980s and the 1990s, the artist, perhaps unexpectedly for herself, but naturally and smoothly shifted to working in photography – in her own words: "It's impossible to escape photography, photography latched onto me and has not let me go". Many years passed. Something of Antonioni, from "Blow-Up", in which the enlarged photograph resembles one of the paintings of the artist next door, has been gradually mingling with her subject matter. Buivid's painting, as it turns out, does not let her go either, but this becomes clear only after more than thirty years.

During this time, as we well know, Vita managed to work in Russian fashion photography, which she has tried not to advertise – for instance, this seven-year period was rightly excluded from her recent retrospective. But, turning into history, it became harmless, and in its own way attractive. And that history, in its turn, acquired a personal touch. What was left from that gloss, with all its creative side-effects and restrictions imposed by the commission, was her dissatisfaction because she could not do all she wanted. However, the published photographs, nevertheless, remained, having transformed into something that irritates. Plus, Vita honestly admits loving everything that is connected with fashion. That is why this exhibition has been composed on the principle of a fashion collection – it has a key colour (a deep, exciting indigo), a dominant form (a repeating curve), the main hit (or "eye-catcher", as the artist herself calls it) and, finally, the "bride's dress".

All of this is not merely a "display of fragments", even though they are different in origin. The optics of the fragment makes it possible for Buivid to focus on the essential; in other words, such a fragmented image on the periphery of one’s vision (or, in this case, of the image) can represent a new entity, depicting life – either of the particular artist, or of life in general – far better than some major panoramic works. These are visualised fragments of the artist's life – insignificant parts of forgotten photographs, which have turned into vivid and pure metaphors of the epoch. That epoch, transitional from the Soviet period, is also centre-less, stratified, weird and as if undefinable when looking from monolithic "today". This is a story about time that transforms from being personal into being socially significant and that ultimately tells us about our own nature, – a story which Vita Buivid has, once again, skilfully performed using means of art. 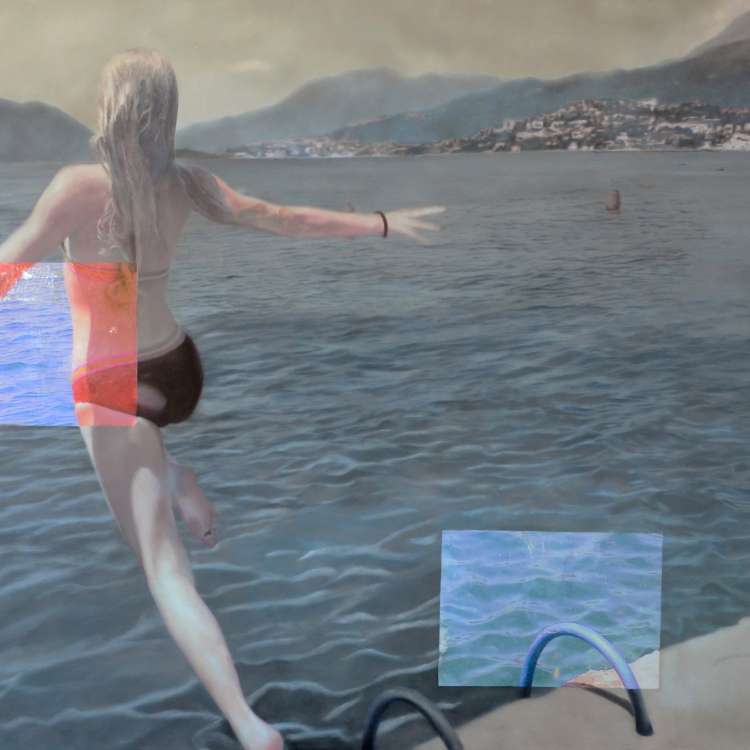 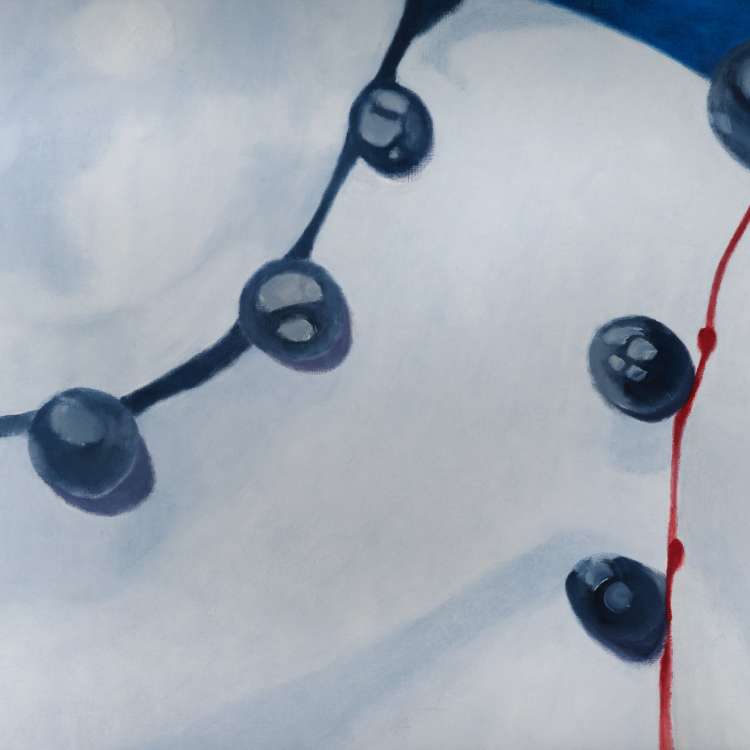 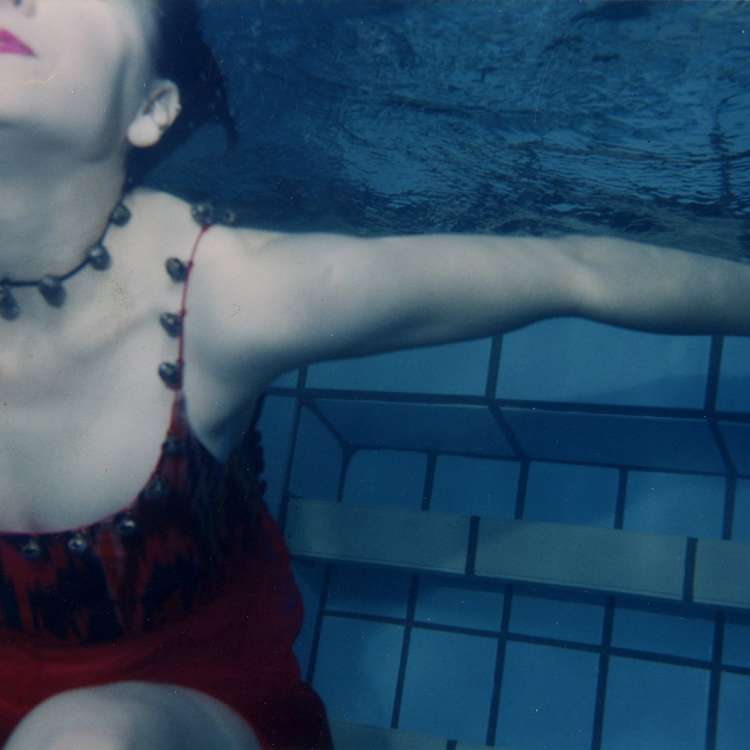 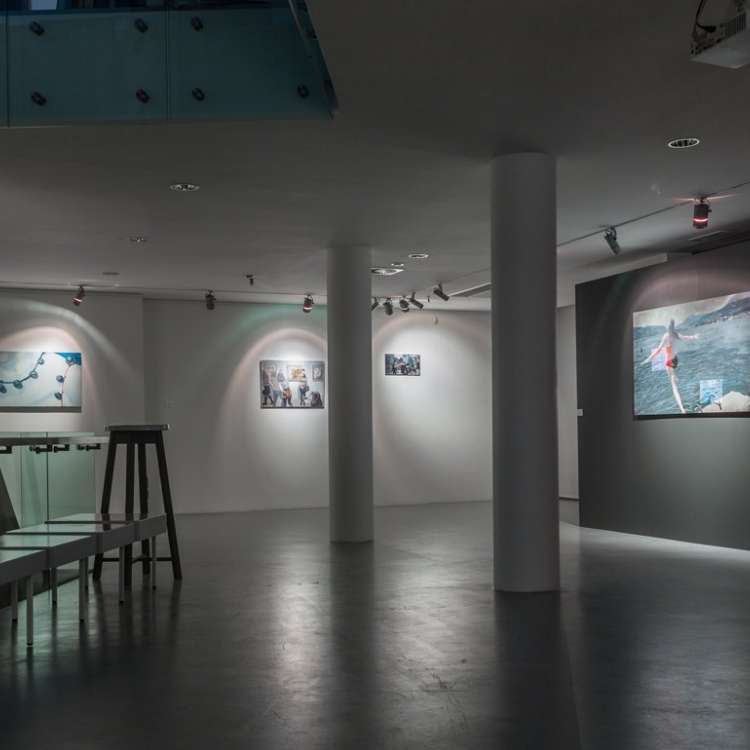 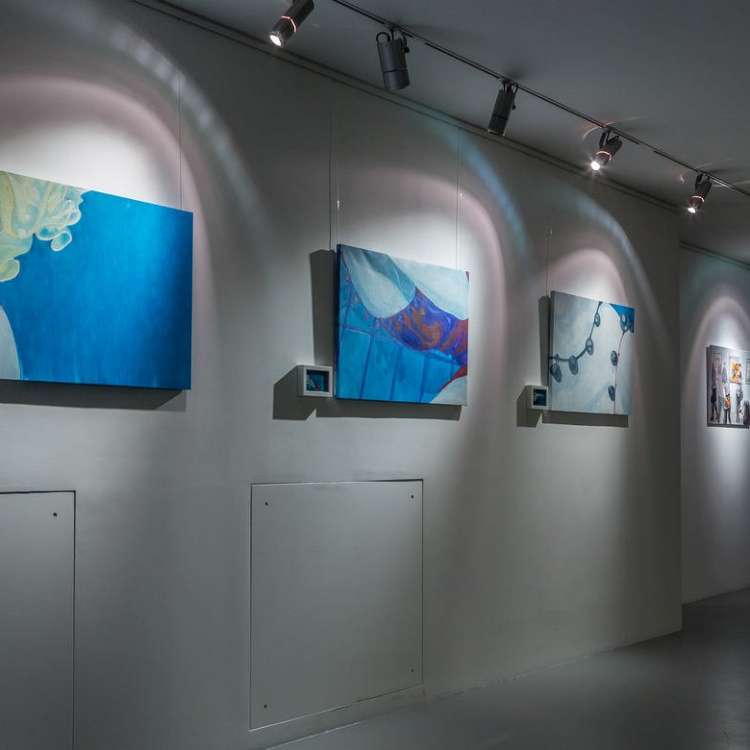 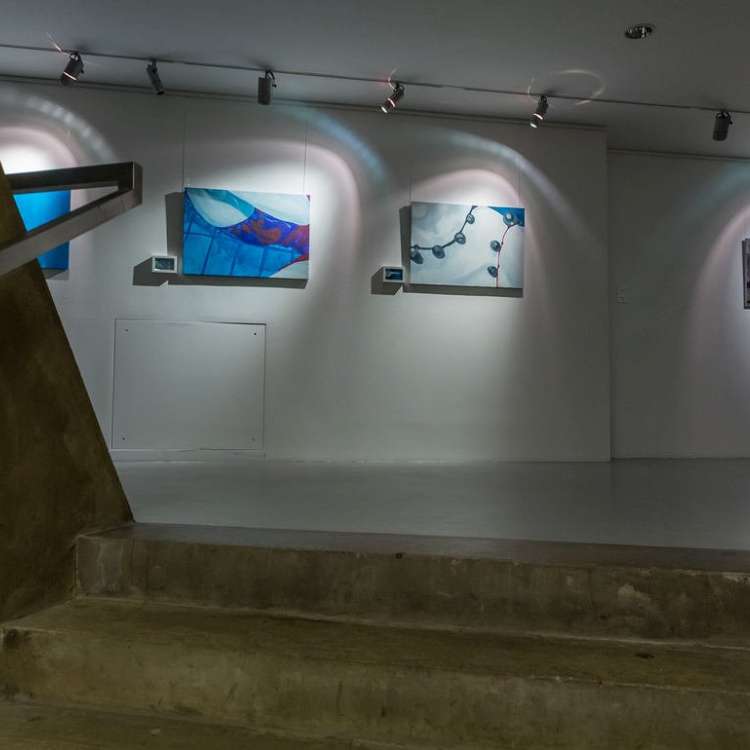 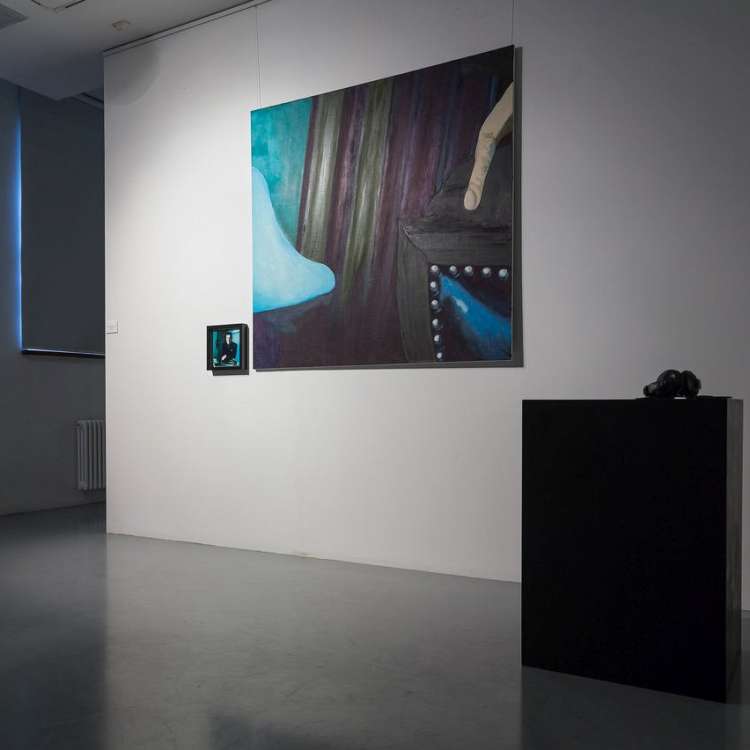 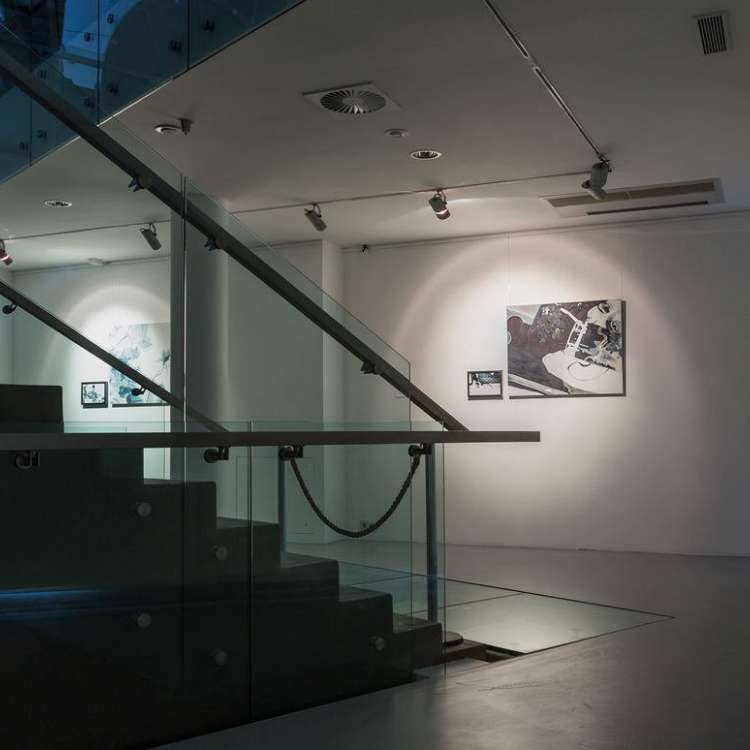 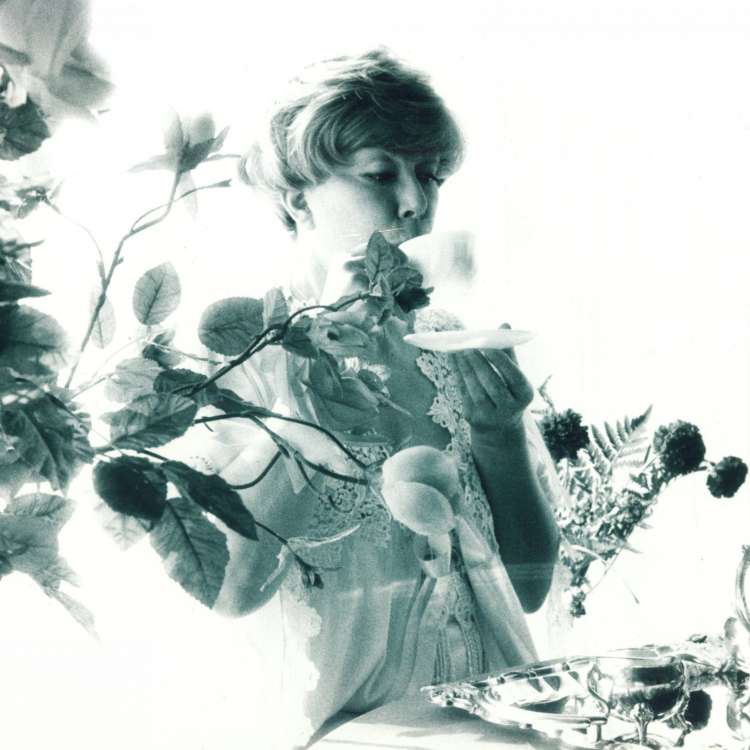 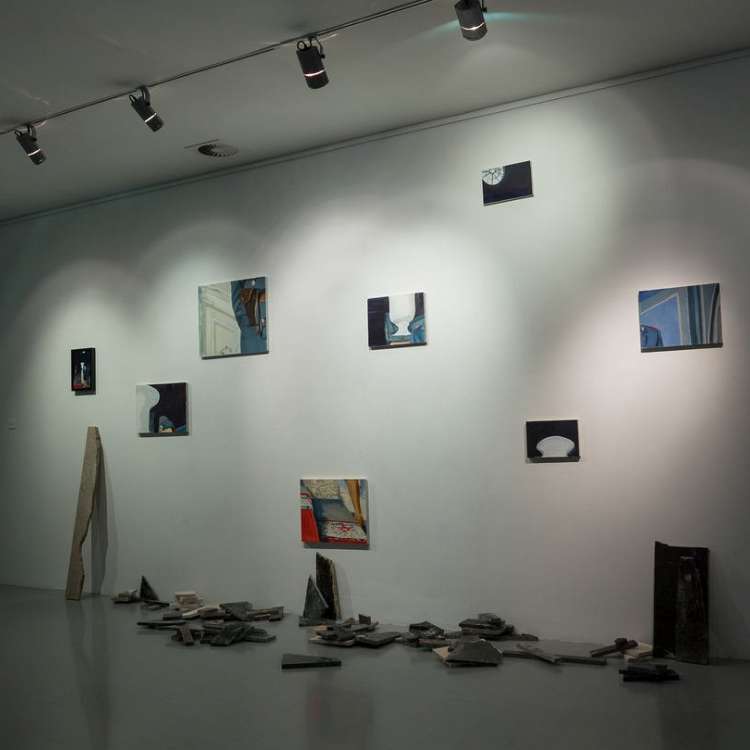 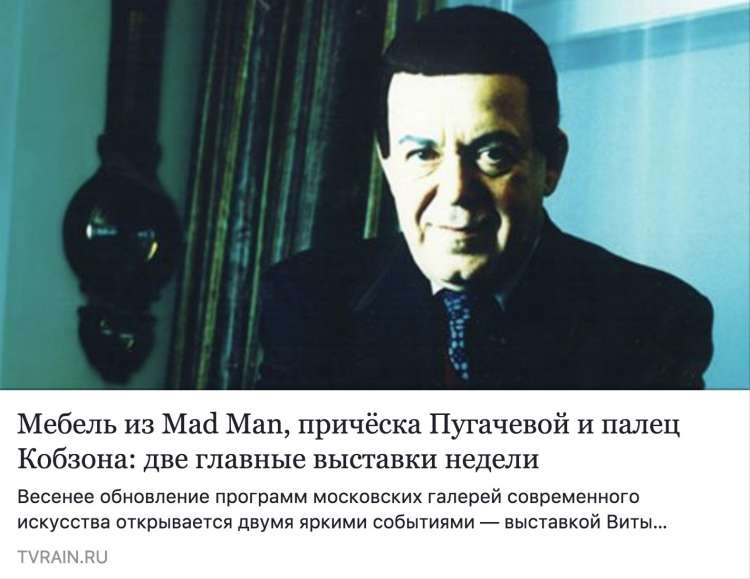